The concert for three musical powerhouses is about to hit Australia - and Josie's Juice readers have the opportunity to see this fantastic event by winning tickets right here. Two double passes are on offer at each of the Australian concerts, and the one New Zealand concert. Read below for more. (UPDATED 5 Jan, 2015: ONE DOUBLE PASS ON OFFER TO WIN for the Perth show, and TWO DOUBLE PASSES on offer for the New Zealand show). 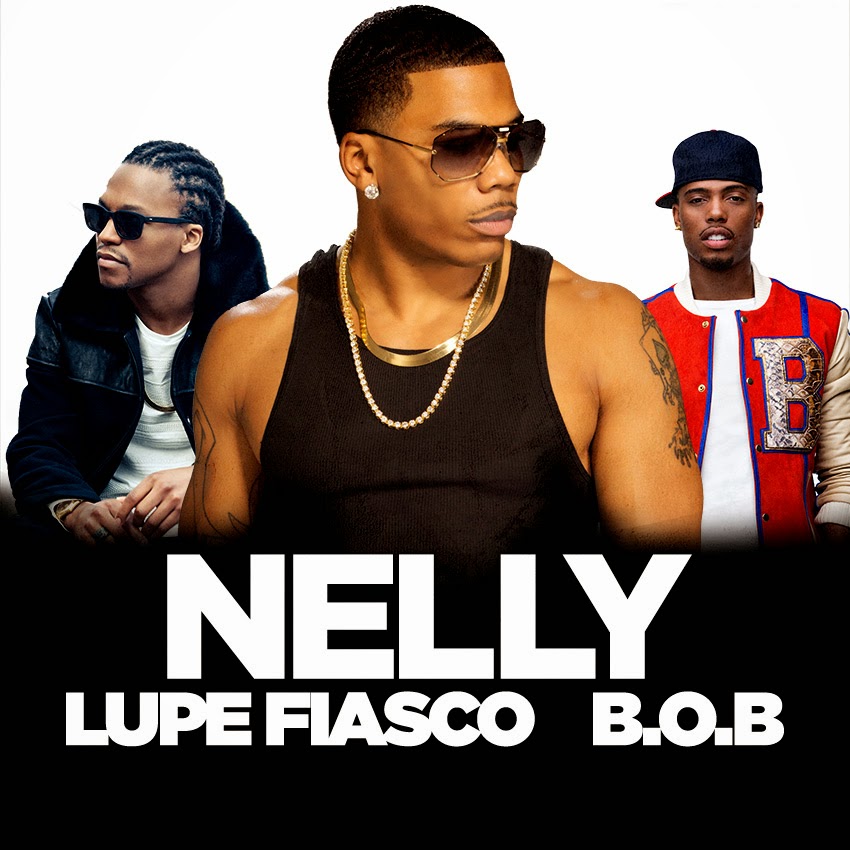 With over 21 million albums sold, the tour marks Nelly’s first visit to Australia in four years, and first ever arena tour. Joined by Lupe Fiasco and B.o.B, the trio will kick off the tour on January 8 in Sydney, finishing up in Perth on January 17, playing at a variety of stadiums and arenas nationally.

Here are the Australia-wide dates:

*Nelly & B.o.B only for Newcastle show


You can buy tickets NOW (selling fast!) through: www.epicpresents.com.au

And to find out more about the concerts, go to: www.epicpresents.com.au

- Follow me on Instagram and Twitter if you are on the social media platforms. Also, share the Nelly, Lupe Fiasco and B.O.B photo on my @josiegags Instagram page by taking a screenshot of it, then using these hashtags: #regram #josiesjuice #competitions #giveaways #prizes #Nellylupebob2015

- Comment below on why you'd like to win a double pass to the concert, and indicate which concert you'd like to attend, AND email me at josiegags@optusnet.com.au so I can contact you in case you are a winner, and include your phone number in this email (so many people forget this step and don't enter a valid email address below, and I spend lots of time trying to track you down, or simply give the prize to the next person - not fun for anyone!)


(If you find it hard to comment below because your device won't let you - sometimes that happens on an iPhone, for example - simply send me your entry and address via email at josiegags@optusnet.com.au).

Good luck! Tickets will be drawn closer to the event date.

And now, some musical highlights from Nelly, Lupe Fiasco & B.o.B: