In an exclusive interview with WHO magazine, new mum Asher Keddie opens up about her first days with baby son Valentino, and shares her album of intimate family portraits taken by her artist husband, Vincent Fantauzzo. 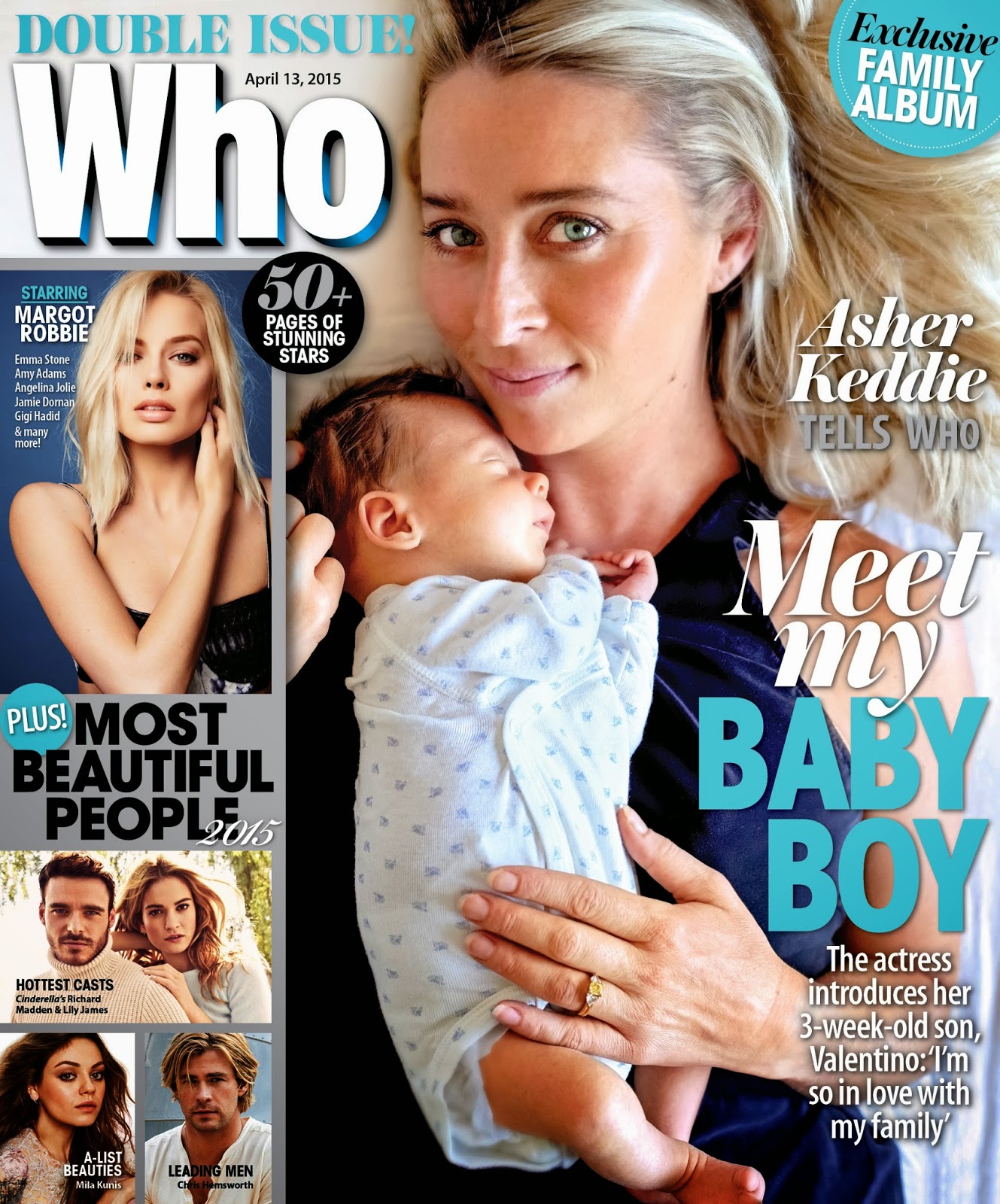 "I can't believe how much I love him, it's indescribable," says the Gold Logie–nominated star of Offspring and Party Tricks.

"I'll always remember that moment we met him to be one of pure joy." As was introducing Fantauzzo's 5-year-old son Luca to his little brother: "He just melted," says Keddie.

The edition also sees the popular, annual WHO's 'Most Beautiful People', 2015.

Margot Robbie - the homegrown Hollywood darling is sitting pretty at the top of our annual list of celebrity stunners. She thrills audiences in films such as The Wolf of Wall Street and Focus and regularly wows on the red carpet, but the breathtaking 24-year-old Queenslander tells WHO she feels most beautiful "after a day at the beach when you've been in the sun and salt water all day."

WHO magazine is on-sale today, Thursday March 26.
Posted by Josie at 09:16

Email ThisBlogThis!Share to TwitterShare to FacebookShare to Pinterest
Labels: Actors, Australiana, Babies, Everyone is talking about, This Just In