Australia’s Guy Sebastian will sing Tonight Again at the Eurovision Song Contest to be held in Vienna, Austria and broadcast on SBS from Wednesday May 20 to Sunday May 24.


Tonight Again showcases the trademark soulful sound which Guy is renowned for. With a contemporary R&B style bursting with hooks, beats and celebratory lyrics, it belongs on the Eurovision stage.

Written and produced specifically for Eurovision at lightening speed over the past week in Sydney, Tonight Again is a new song highlighting Guy’s vocal prowess, with upbeat pop stylings and a catchy anthemic feel.

Listen to Australia’s Eurovision song and watch the behind scenes video of Tonight Again coming together in less than 48 hours here on the SBS Eurovision website - click right here.

I AM IN LOVE WITH IT!

Guy’s performance will mark the first time in Eurovision history that Australia has been invited to compete at the contest as a wild card entry to celebrate 60 years of Eurovision.

“When it came time to decide on a song, I thought since I had a couple of days off in Australia I would try and write something new. But if I was to record a new song I wanted it to be home- grown and organic with my band in my studio.

“Truly, we jumped in the studio and let it happen because I wanted to write something fun! We all have moments you don’t want to end and you wish you could live those moments every day so I wanted to write a song about that feeling. I am sure that is how I am going to feel when I am in Vienna performing.”

“To have an Australian competing on the Eurovision stage has been an ambition of ours for the past four years. I’m delighted that Guy and his team have delivered such a powerful song for the occasion and I know that Tonight Again will perfectly showcase Guy’s vocal talent and have a real impact in the competition this year.

“Writing and producing a new song to meet the incredibly tight timeframe we had is a huge accomplishment and I’d like to commend Guy and his team, and Sony for their incredible efforts this past week in delivering this fantastic new song.

“Tonight Again is a song we can all get behind, and Guy is the perfect artist to deliver a world class performance for Australia and SBS on the world’s biggest stage. Hearing that crescendo in the hall in Vienna is going to be an incredible moment that the whole of Australia and Europe can look forward to.”

“When we joined the competition Guy was on tour, so I never expected him to have the time to write a song. But he has come up with a cracker, a 12th hour gem. It has a great soul feel that is so infectious.

“The title Tonight Again is a wonderful sentiment, about wishing to relive the excitement of a great night. Singing on the Eurovision stage will give it special meaning.

“Guy initially was thinking of a power ballad, but this new song is a celebration of the grand final night and our participation, and we couldn’t be more excited about it.”

Australian audiences first discovered Guy Sebastian when he was crowned the first winner of Australian Idol in 2003, he has since gone on to release eight studio albums with Sony Music Entertainment Australia, with accumulated sales in excess of 3.7 million units.
With 42 platinum and three gold certifications Guy has become one of Australia’s most successful male artists. In 2013, his single Battle Scars went Platinum in the US, making Guy one of few artists in Australian music history to achieve this. His performance at Eurovision is an incredible opportunity to introduce Guy to European audiences.

Guy has released several songs in Europe over the years with Battle Scars being the most successful. From his current album Madness, both Like A Drum and Mama Ain’t Proud have graced the airwaves and continue to expand Guy’s audience across Europe.

“I am delighted that Guy has written Tonight Again especially for Eurovision. Guy has perfectly captured the essence of what Eurovision is within this great song and watching him perform it on the stage in Vienna will be an amazing moment that we can all proudly share along with the huge Eurovision global audience.

More details on SBS Eurovision coverage, including the multiplatform offerings across TV, radio and online,- will be announced next month.

SBS has been broadcasting the Eurovision Song Contest in Australia since 1983.

Eurovision will prove an opportunity for SBS to continue to lead the way in multi-platform event viewing, with extensive coverage across television, online and radio as well as live social media integration into the broadcast. Last year the #SBSEurovision hashtag averaged over 1000 tweets per minute!

For more info, the SBS Eurovision website is: http://www.sbs.com.au/programs/eurovision 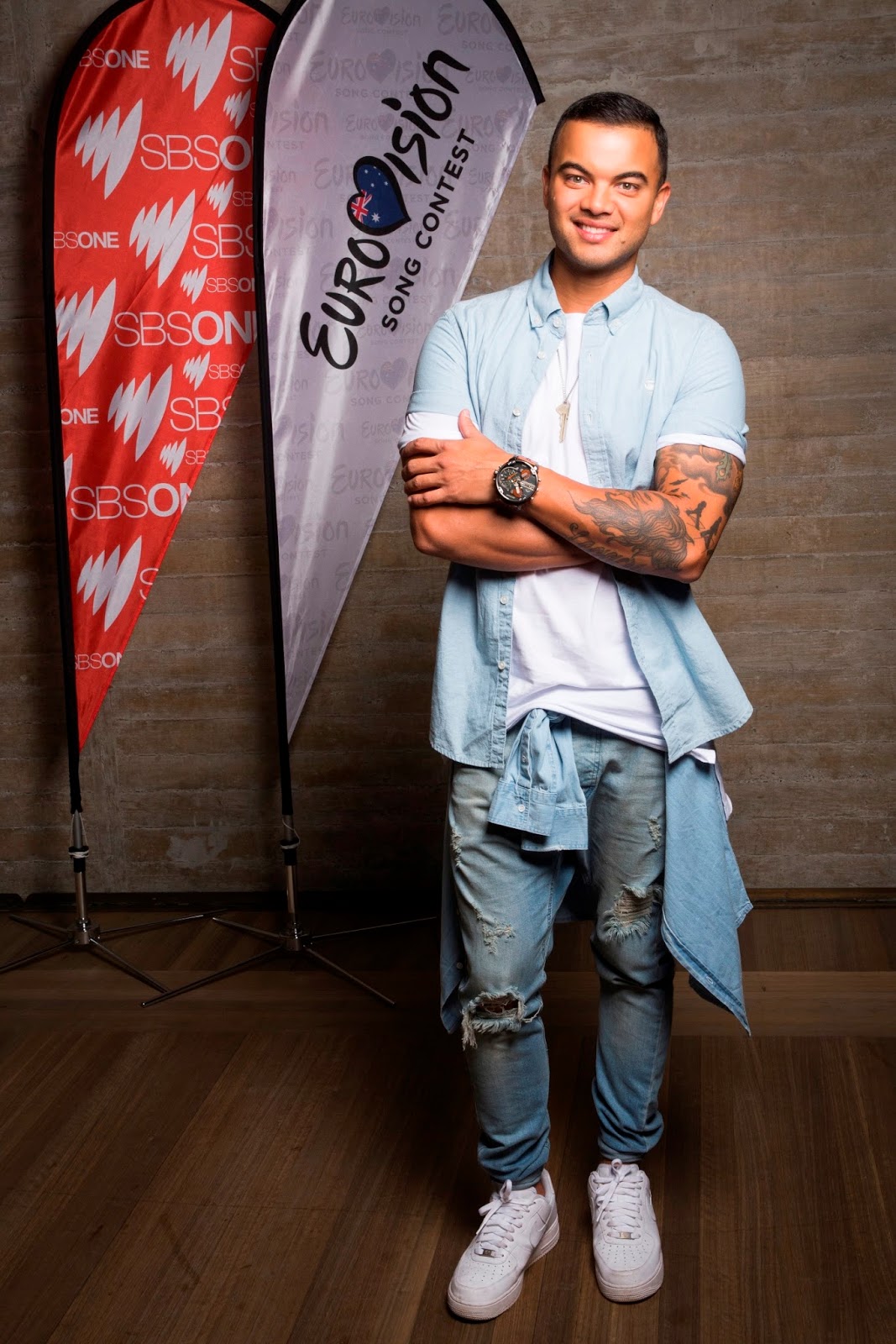