Emlyn Pearce: "Emigration is completely out of control in this country, and I'm sick of it." Facebook status update 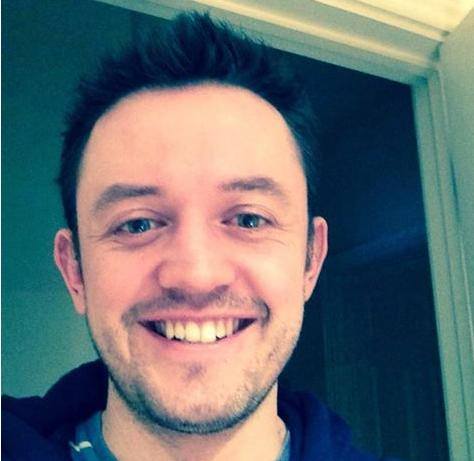 Emlyn Pearce's Facebook status update is going a bit nuts, shared over 15,000 times at time of writing this post.

Here is the clever prose:

27 August at 20:20 · Edited ·
Emigration is completely out of control in this country, and I'm sick of it. I'm not staying quiet any more. You can't walk down a street in Jamaica or Hong Kong or India without hearing someone speaking English, and in Canada and Australia we have even introduced our own legal system, decimated local communities and installed our own head of state! DISGUSTING! English has now been imposed as the official language of 57 sovereign countries! FIFTY SEVEN!!! What the hell? Who do we think we are?! And the government is doing nothing: any British person can just pack their bags and go and live anywhere in the world at ANY TIME and nobody in the British government will do anything to stop them. If I wanted to, I could just get on a plane to Germany tomorrow, get a job in their booming economy and live there for the rest of my life! My parents could up and retire to Spain or Portugal at a moment's notice! Why should we have that right? It's political correctness gone mad! (And it's also probably, somehow, part of the war on Christmas, and health and safety and women thinking it's ok to wear comfortable, unsexy clothing.)
The figures speak for themselves:
1,300,000 Britons live in Australia; 761,000 in Spain; 678,000 in the USA; 603,000 in Canada; 291,000 in Ireland (11,200 of whom are drawing unemployment benefit from the Irish state), and even 8,500 in Mexico and 7,100 in Kuwait! We're literally EVERYWHERE! I bet there's at least one branch of Greggs in the Falklands.
We need to close our borders immediately before the situation gets even worse for everyone else. We are sleepwalking into a nightmare where a third of the world will be overrun by the British! AGAIN!
EDIT: To all of you really hench army guys sending me hate mail for writing this: I am gay, and I will furiously pleasure myself to your profile picture. Just so you know.
https://www.facebook.com/emlynpearceblog
emlynpearce.blogspot.com
Twitter: @emlynpearce

5 September at 20:20 ·
OK, so you don't like Arab people. That's cool, you don't HAVE to like everyone, you're not a five-year-old with your mum standing behind you while you play with that one neighbourhood kid who smells like he doesn't wipe properly. BUT, like your mum used to say, if you don't like someone, you can't play with their toys. So no guitar playing for you, that's an Arab invention. No sitting on the sofa or going on safari - Arabic and Arabic. No talking about giraffes or gerbils either - those are Arabic words, buddy. No more apricots, oranges, limes or lemons. No sequins or magazines; in fact, in no-Arabic world you don't even get a mattress. And you'll have to come up with a new word for your beloved alcohol, because those damn teetotal Muslims only went and named the substance that gave us our national pastime!
On the plus side, no more algebra. Those bastard Arabs came up with that sadistic code too.

4 September at 21:14 ·
Getting loads of racist hate mail from sexy army guys is causing the worst ambivalence of my entire life.