Josie's Juice was lucky enough to be one of a select group of bloggers - thanks to Nuffnang - to experience the high energy fabulousness of 'Anything Goes'.

The renowned musical has just begun its run in Sydney, to much acclaim.

And Josie's Juice can vouch - this is a MUST see! It plays at the Sydney Opera House until October 31. (See some pics of our night on @josiegags on Instagram).

Todd McKenney is absolutely brilliant and energetic, and wonderful to watch. Claire Lyon, who plays the woman he is to marry, is stunning and has a gorgeous voice. All the cast are magnetic to watch, and of course Caroline O'Connor is completely superb, with an incredible energy, voice, her impeccable dance skills... and those pins!

'Anything Goes' is winner of three Tony Awards, including Best Musical Revival and Choreography during its most recent Broadway revival.

For decades, 'Anything Goes' has captivated millions with its fun story of the antics aboard the S.S. American.  It's a mish mash of unrequited relationships, mistaken identities and crazy foiled plots, with renowned songs throughout including 'You’re The Top', 'I Get A Kick Out Of You', and the title song, Anything Goes, which is delivered twice, at the beginning, and in a truly spectacular finale which has you so eneregised and mesmerised. If you want high energy and a value for money night - it's three hours (including interval) of non-stop, engaging fun - THIS is your ideal night out. Start wth night off right with a glass of red wine and some French fries overlooking the glorious Sydney Harbour, from the Opera Bar, as my guest and I did!

Multi-award winning and internationally esteemedCaroline O’Connor and the critically acclaimed and hilarious Todd McKenney will be joined at sea by Alex Rathgeber (The Phantom of the Opera – London, An Officer and a Gentleman), Claire Lyon (The Phantom of the Opera – World Tour, Love Never Dies), Wayne Scott Kermond (The Producers, Singin’ in the Rain), Carmen Duncan (A Country Practice, Winners & Losers), Debora Krizak (A Chorus Line, The Producers) , Gerry Connolly(A Funny Thing Happened on the Way to the Forum) and Bartholomew John (South Pacific, An Officer and a Gentleman).

This is a first class musical extravaganza, a ship-shape production that will have you ‘all at sea’ if you miss out on a ticket!

Here are some fun clips, which you can see more of here.

More on the official site here.

Here are some fab photos from the Facebook page: 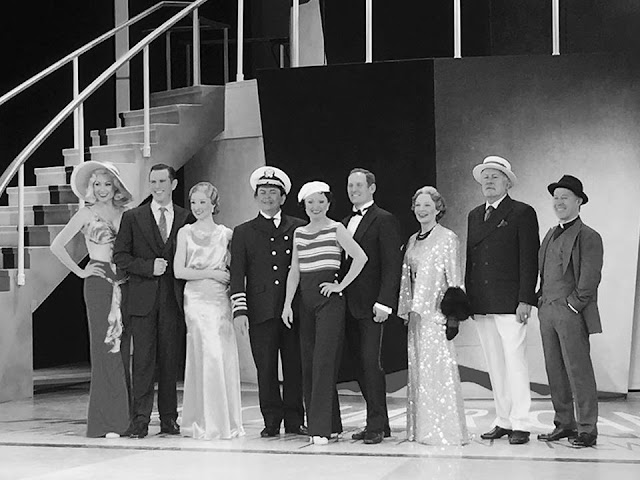