P&O Cruises has teamed up with Hollywood star Owen Wilson to showcase its two latest ships - Pacific Aria and Pacific Eden - which will join the cruise line’s fleet in November this year. Josie's Juice spotted a preview of the ads a few days ago, and was kinda sold with the clever new collab.
Owen, famed for his roles in 'Zoolander', 'Meet The Parents', and 'Wedding Crashers' is the star of three short films, titled 'The Conspicuous Awakening of Owen Wilson'.

Directed by Tom Dey ('Shanghai Noon', 'Failure to Launch'), each film shows Wilson enjoying the ships’ great features, through a series of dream-like and humorous flashbacks.

The "kooky content series" films sees Owen engaging with an array of 'Aussie cruiselings', including a cocktail waitress from Tangalooma and Melbourne actress, Kendal Rae: 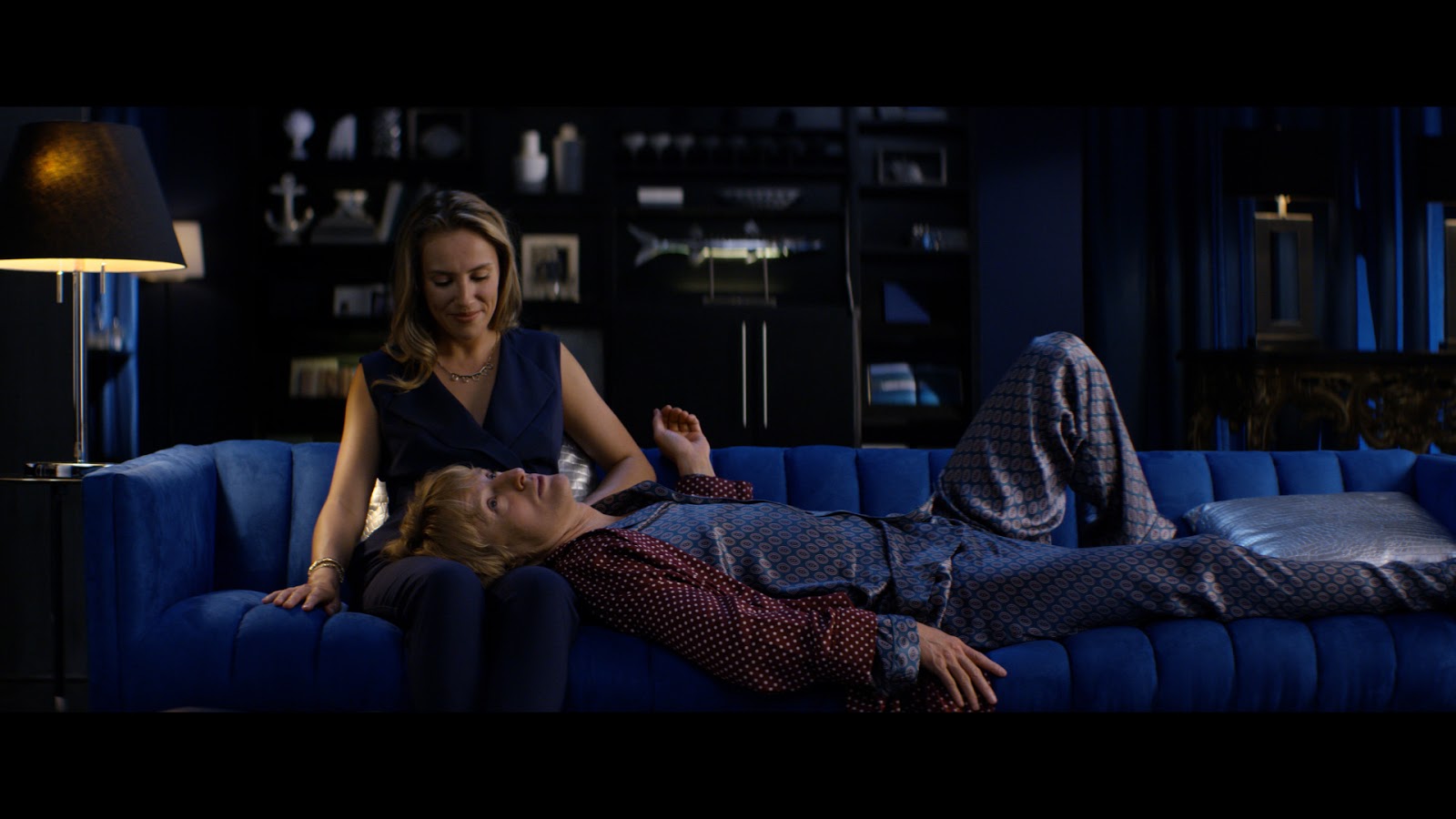 P&O Cruises Head of Marketing and Distribution, Simon Cheng said, “We’re thrilled that Owen was able to channel his inner ‘cruiseling’ and showcase some of the remarkable features these ships have to offer.”

“Hollywood, like Pacific Aria and Pacific Eden, exudes style and sophistication so it was to Hollywood we looked to help launch these ships.  We wanted the right star - someone easy going and lots of fun, just like the experience Pacific Aria and Pacific Eden will offer. In Owen we found our perfect partner.”
The stylised content series begins with Owen emerging from a deep slumber, disorientated and unclear of his whereabouts, whilst nestled in the lap of a beautiful Australian ‘cruiseling' (yep, we watched the short film, and we are already jealous). Here it is:

As the narrative unfolds, Owen then begins to piece together his recent on-board experiences, shown through a succession of kooky and surreal flash back sequences, demonstrating that being on a P&O cruise is 'Like No Place On Earth' (here is film two):

Owen's performance is complemented throughout by the presence of an array of Aussie admirers, including a cocktail waitress from Tangalooma (which is film number three):

Each instalment is set against a backdrop of some of the key features on both ships, opening in The Blue Room – an opulent and intimate space with rich velvet and chrome furnishings. Playing everything from Funk to Blues and Jazz to R 'n' B, it will be the live music hub of the ships.

Film two takes place on the pool deck whilst the action in the third and final offering centres around the Pan-Asian inspired Dragon Lady restaurant and the The Oasis – the adults-only area of the ship (okay, now we are REALLY JEALOUS!)

Films one and two launched earlier this week at www.befreeowen.com.au, and the third and final film was also then released this week.

The campaign was developed with P&O’s advertising partner, BMF.

P&O Cruises Senior Vice President Sture Myrmell said the cruise line’s latest ships had been inspired by modern Australia, with their resort-like styling and new look making them game changers for the local cruise industry.
“Pacific Aria and Pacific Eden will cruise from Australia year round. They will be welcomed into P&O Cruises’ fleet during a five-ship spectacular on Sydney Harbour on November 25.”

Follow the social media conversation at these hashtags: #cruiselings #pocruises

And visit www.befreeowen.com to view The Conspicuous Awakening of Owen Wilson.

It's the region’s largest and longest-serving cruise operator, and leads the way in cruising as Australasia's only 'home brand' and its favourite cruise line. P&O Cruises has been sailing the region for more than 80 years (wow), and has pioneered new destinations around Australia, the Pacific and Asia including Papua New Guinea, as reported in the New York Times’ 52 top destinations for 2015. On November 25, 2015, P&O Cruises will welcome two additional ships to its current three-ship fleet becoming the nation’s largest cruise line with five ships cruising from eight home ports in Australia, New Zealand and Singapore. The addition of Pacific Aria and Pacific Eden has paved the way for exciting new cruise options including deployments from every mainland state in Australia and an extended deployment from Auckland. The pair herald a new era for P&O Cruises, as reflected in its new brand repositioning - P&O Cruises, Like no Place on Earth.

The short-film trilogy comes ahead of the launch of Pacific Aria & Pacific Eden on Sydney Harbour on November 25 – with a massive five ship extravaganza featuring Jessica Mauboy. Bring it. 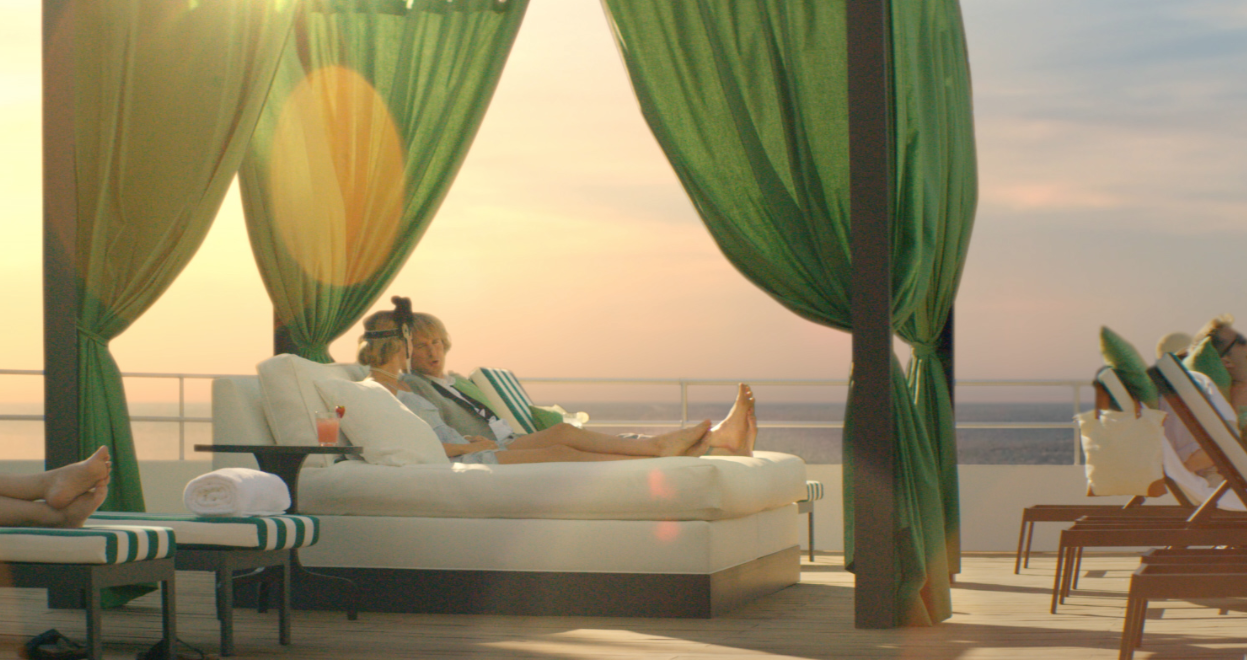