Or perhaps you like to watch others get drenched in the green stuff!

I am of course talking about Slimefest, the annual Nickelodeon event which takes place each school holidays at this time, in Sydney and Melbourne, and of course, in the USA each year, where we see fabulous footage of celebrities getting green goo all over their faces and perfect outfits. Here is a show reel of THAT madness, the Slimefest Hall Of Fame:

Fans in the vicinity of the sprouting green stuff delight in getting covered, too - and you can take part in the fun this Friday (in Sydney) and Sunday (in Melbourne).

Each year, the line up is hotly anticipated... here is who to expect:

Tickets are on sale now via: SLIMEFEST.COM.AU

Here is the very cool line-up: 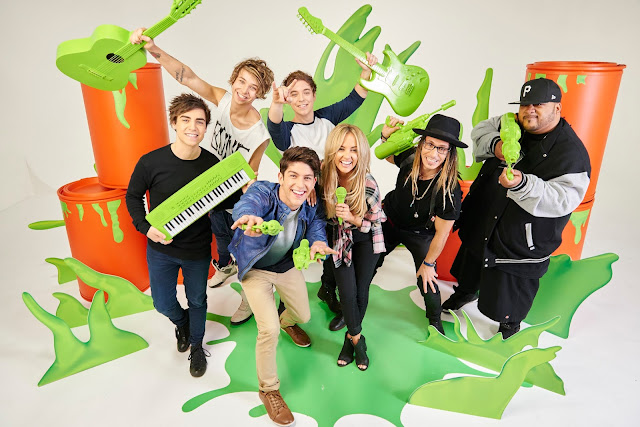 And some fab vids:

Here is a cool behind the scenes vid with 'The Morning Show' from last year, with Cody Simpson (who performed in 2014), and Kylie Gillies:


Here is the fab Cosentino: 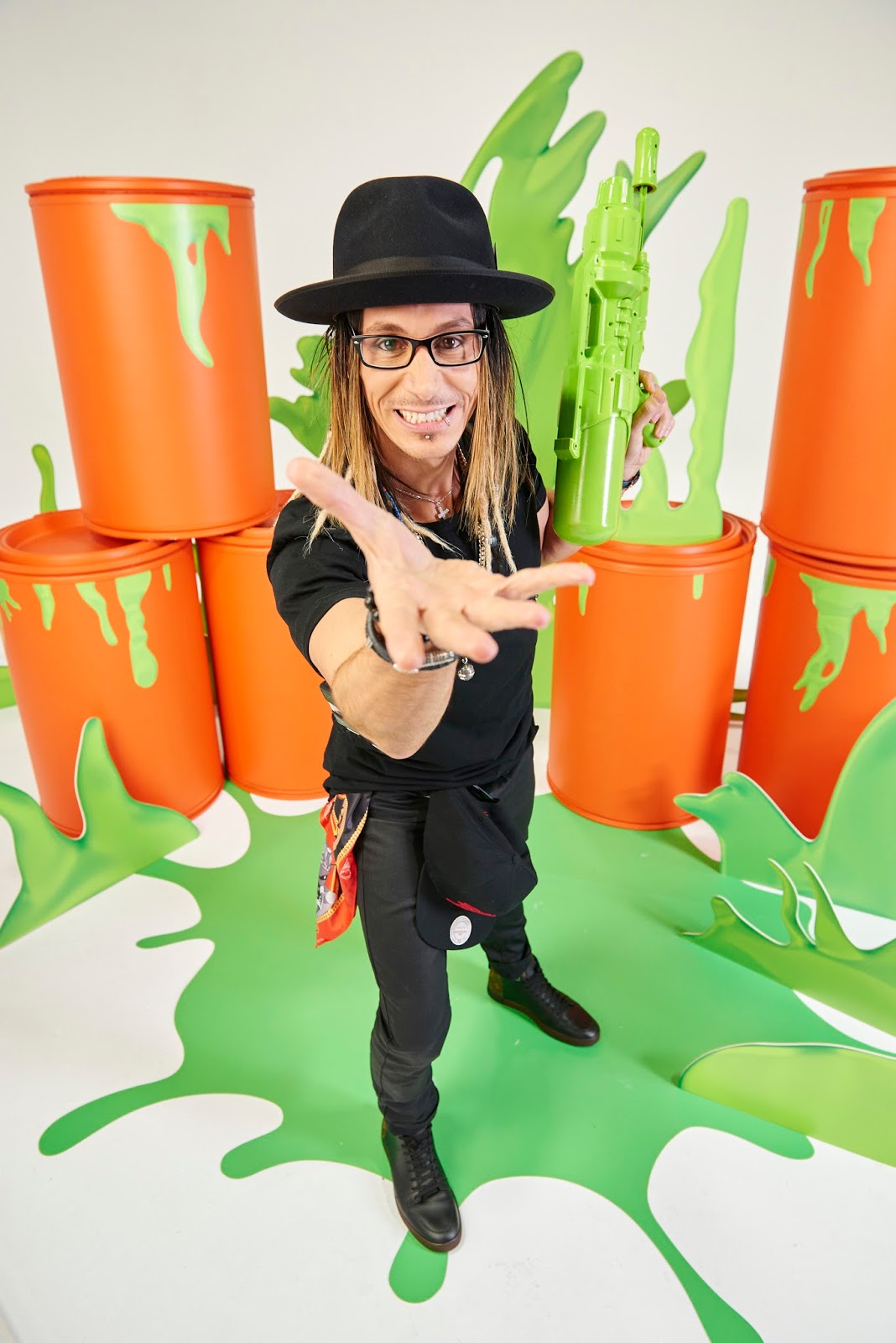 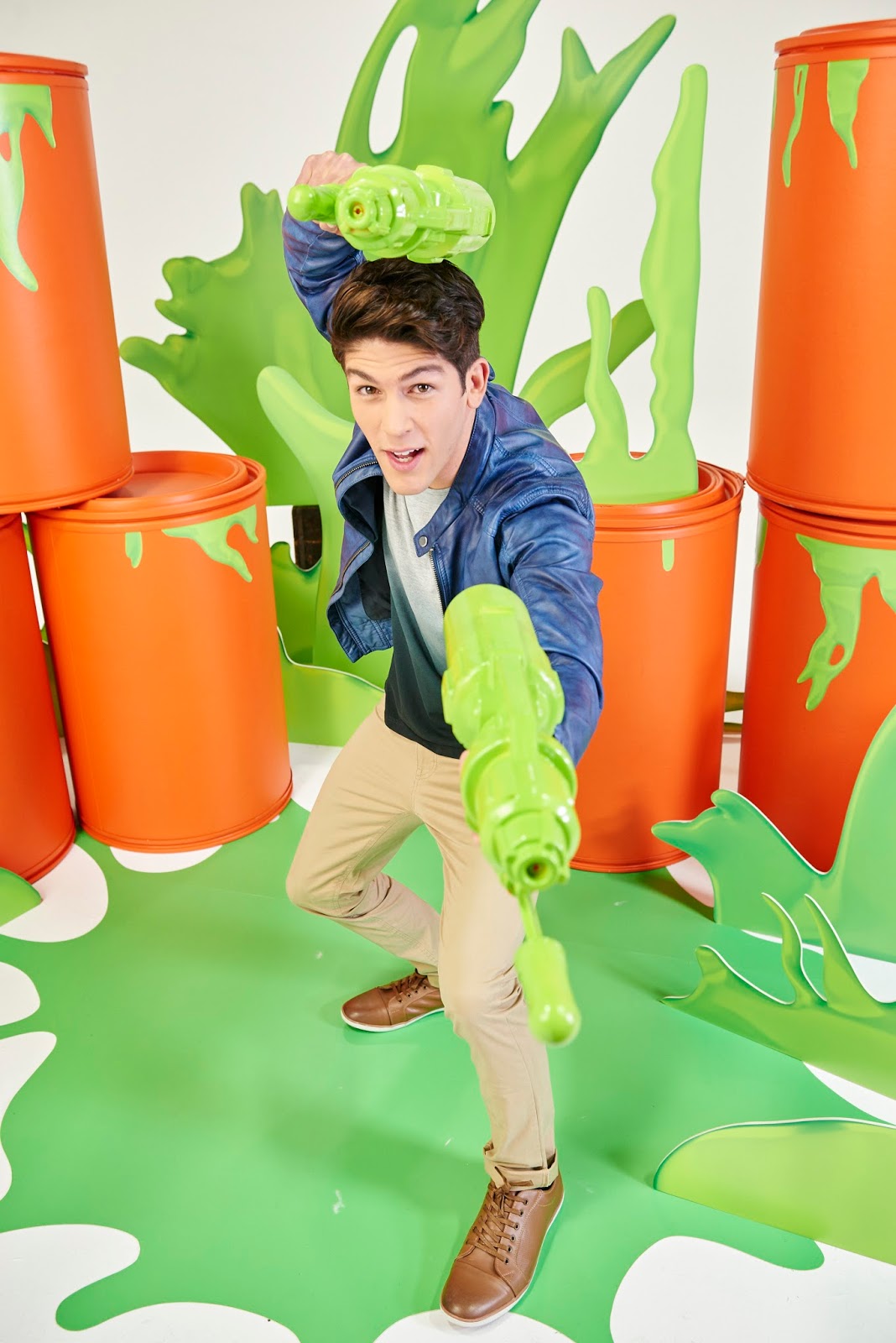 And the fab Rahart, above!

Check out a highlights clip from last year’s show below:

The homegrown star, best known for playing Jax Nova on Nickelodeon’s hit tele nova series (produced in the U.S.), Every Witch Way, will be joined by International Magician of the Year, Cosentino for a show that is sure to be filled with messy, magical mayhem!

“I’m so excited to be hosting SLIMEFEST and dishing out loads of the green good-stuff throughout the show. It’s going to get crazy!” said Rahart.

“I can’t wait to get on-stage at SLIMEFEST and give kids and families the performance of a life-slime! I have a few tricks up my sleeve and trust me, it’s going to get messy,” said Cosentino.

YouTube sensation, BOYCE AVENUE will headline SLIMEFEST 2015, as part of a stellar line-up including THE VERONICAS, TIMMY TRUMPET and SAVAGE, AT SUNSET, REECE MASTIN and SAMANTHA JADE.

Tickets are on-sale now for both Sydney and Melbourne’s 11am and 6pm shows via the official SLIMEFEST website – www.slimefest.com.au

To produce SLIMEFEST, Nickelodeon has partnered with Nice Events, a company produced by the Directors of BigDog Creative and Killrockstar Entertainment, focusing on family and youth entertainment.

A SLIMEFEST 90 minute special will air exclusively on Nickelodeon on Monday, 28 September at 5pm.

ABOUT THE SLIMEFEST TALENT LINE-UP:

Born in Melbourne, Australia, Rahart Adams stars as Jax Nova on the hit Nickelodeon tele novella style series, Every Witch Way (produced in the United States). He started his acting career after being offered a guest role in the Australian television soap opera Neighbours as Alistair O'Laughlin. Rahart then went on to play the lead role of Sam on the hit ABC 3 series, Nowhere Boys. Extending his talent from TV series to features, Rahart landed a starring role in U.S. Nickelodeon original movie Liar, Liar Vampire, which airs on Nickelodeon in Australia this October.

Cosentino has been called "a supercharged showman” by News Corp, "the most dominant figure currently in Australian entertainment" by Radio 2GB and is said to “mirror the legendary Harry Houdini” by the LA Times. A true entertainment trailblazer, Cosentino was the first magician to have his own TV shows in Australia. These prime-time specials were a ratings bonanza, averaging 1.3 million viewers per episode (source: Oztam) and they have now been broadcast in over 40 countries. Cosentino is Live Nation Australia's highest selling touring act and in 2015 undertook his biggest live tour of Australia, selling out 13 shows in record time. This year, his Twisted Reality live show has been staged to full houses across Asia and New Zealand. Cosentino is quickly becoming an international phenomenon, racking up an impressive list of achievements. He has been awarded the prestigious Merlin Award, acknowledging him as the 'International Magician of the Year' (previous winners include David Copperfield, Penn & Teller and Criss Angel) and has recently been announced as the 'International Escape Artist of the Year'. Already regarded as this country's most successful magician, illusionist and escapologist, Cosentino continues to push the boundaries of what's possible both here in Australia and internationally.

Boyce Avenue is a Florida-based band, consisting of three brothers Alejandro, Fabian, and Daniel Manzano. In 2007, the band decided to start filming and posting videos on YouTube performing their own songs, as well as some of their favourite songs by other popular artists. To date the band’s YouTube channel has amassed over 1.8 billion views and 7 million subscribers, making them the biggest independent band on the network. The band has also amassed 540,000 Twitter followers and over 2.9 million Facebook subscribers. Over the past three years, Boyce Avenue has played for over 400,000 people in 20 countries and five continents, including United States, Canada, Australia, Asia, Brazil, Europe and the United Kingdom.

The Veronicas hail from Brisbane, Australia, where twin sisters, Jess and Lisa Origliasso began working in show business at the age of five. The Veronicas’ new single “If You Love Someone” has entered at #5 on the ARIA Singles Chart. Their ARIA #1, double platinum single “You Ruin Me” continues to impact charts around the globe, recently debuting at #8 on the UK Singles Chart.

Sydney DJ and producer Timmy Trumpet recently took out the top spot in the 2015 inthemix50 poll of Australia’s favourite DJs and producers. Timmy’s win comes after the biggest 12 months of his career, with his Savage collaboration “Freaks” going a whopping five times platinum in Australia and reaching #3 on the ARIA Singles Chart, making it the highest selling single in label Ministry of Sound’s history! Timmy’s last three singles have all reached the #1 spot on the ARIA Club Chart and he’s just returned from a massive sold out tour of Europe. Timmy has just released his latest single “Toca”, a collaboration with US DJ/producer Carnage, and he’ll be sure to get the crowd jumping at his SLIMEFEST debut with his DJing and live trumpet playing!

With an appetite for success bigger than a rampaging Godzilla, Savage is breaking all the dance music rules. Who else dominated the airwaves and hung two quadruple platinum selling singles plaques on their wall in 2014? The voice behind the four times platinum selling dance record, “Swing” with Joel Fletcher and viral radio smash hit “Freaks” with Timmy Trumpet is Savage. The five times platinum “Freaks” is now a bona fide global dance anthem, charting on the global Shazam chart and amassing over 70 million views online. Having reached #3 on the ARIA Singles Chart in Australia and #1 in Savage’s home country of New Zealand, “Freaks” has gone on to be a chart success all over Europe and picked up by Republic Records in the US. With Savage just releasing his brand new single “Like Michael Jackson” with an awesome video to match, the international rampage of Savage is just starting!

At Sunset features Adelaide brothers Harrison and Andrew Kantarias, and their good mate Tom Jay Williams. In the two years since coming together, the band have amassed well over 5 million views on YouTube and over a million likes on their Facebook page, capturing the eye of audiences globally. In 2014, At Sunset finished a promotional tour of the USA, performing at the Mall of America and to a sell-out crowd at the CINCO 2 festival in Los Angeles. The boys aren't resting, as so far in 2015, the band has been announced Nova FM's Fresh Discovery and debuted their official single “EVERY LITTLE THING.”

On 1 May, Reece Mastin released a rocking new five track EP called “Rebel and the Reason” – a new sound for the hugely popular artist, who won Australia’s ‘X-Factor’ in 2011. The new EP follows on from three Top 5 ARIA charting single and two Top 5 ARIA charting albums (‘Reece Mastin’ and ‘Beautiful Nightmare’). Two were Number One – debut single “Good Night” was the fastest selling digital single for previous label Sony Music – and later, “Shout It Out.”

Samantha Jade is a successful Australian singer, songwriter, actress and former child model from Perth, Western Australia. Her brand new single “Shake That” features Pitbull and is produced by Kenny “Babyface” Edmonds. Hotly anticipated, this single will be released 17 July and is a song about female empowerment and bringing back some girl power.


The social media hashtag for the day is: #SLIMEFEST

For more videos, CLICK RIGHT HERE.
Posted by Josie at 19:09

Email ThisBlogThis!Share to TwitterShare to FacebookShare to Pinterest
Labels: Australiana, Celebrities, Events, Everyone is talking about, Music, This Just In