Being invited to be a part of the 'Fairfield Feast' food blogger's tour was fantastic.

I was invited by influential food blogger Thang Ngo [from the fabulous 'Noodlies' food blog] and Fairfield Council to join a handful of select bloggers to join the 4-5 hour walking and eating tour [that's my fave kinda walking... when you're en route to eating. And more eating]. It encompassed six restaurants, across seven different ethnicities. And it was all brilliant.

It was exciting stuff... and not because the area was new to me. No, this fabulous suburb is in my DNA.

I was born at Fairfield hospital [for older locals, it was at the old Fairfield hospital, along the Horsley Drive] and I lived in the area until I married. I stayed in the Fairfield precinct when I married my Bankstown boy. Yes, it's all as Westie as it comes. And I am incredibly proud of that.

I am also proud of stats like this about Fairfield:

The population of Fairfield is approximately 190,000. The Fairfield Local Government Area covers an area of 104 sq kilometres, and 133 nationalities are represented. Yes, 133 different nationalities.

Over 70 languages are spoken in the Fairfield region, and it houses the oldest 'surviving' railway station, built in 1856.

Some of the people Fairfield City Council has recognised through "Faces of Fairfield" totems erected throughout the Fairfield CBD are Harry Kewell (from Smithfield), and Gough Whitlam, Jon English (from Cabramatta).

And so, joining the other fabulous food bloggers was... a proud moment. Throughout the day, I peppered my convo with "this was the street I walked every day to go to school", or "I remember seeing this venue back in the [gulp] 1970s, and it was vastly different."

And now, I am going to call it: Fairfield is one of the most underrated eating hotspots in Sydney.

While surrounding precincts have enjoyed an image revival, Fairfield has floundered somewhat.

Cabramatta has enjoyed the past several years basking in the glory of its new Asian roots, and has managed to shake its not-so-favourable pedigree. Today, the suburb is synonymous with Vietnamese food. Image overhaul: done.

Canley Vale, in more recent times, has become a new foodie hub for Laos and Thai fare. The main drag - Canley Vale Road - is always packed now, and the food is fantastic.

Parramatta, in the past decade or so, has had a huge surge of seriously good food haunts join the mix. Now, on any given night, the precinct is bursting at the seams with hungry patrons

And so, Fairfield. It's now your turn, baby. Except, you know... you're not an infant. You've been around for eons. But you're an unpolished diamond. Your turn now. Show them what you've got.

The stories behind the people who live here warm your heart: they are colourful, emotional, and full of heartache and hope. And the stories behind almost each and every food vendor in this colourful city are intriguing; they tell tales of fleeing homelands, and seeking a better life in a country that welcomed them. Sometimes wholeheartedly, sometimes with great struggles.

Here are the exceptional places we visited during the 'Fairfield Feast' food bloggers' tour.


Paula Continental Cakes
I vividly recall when the influx of South Americans poured into Fairfield. My school was filled with Chileans, Argentinians, Uruguayans, Colombians, Ecuadorians, and the like. They came, they stayed... they conquered cakes! They're still facilitating our gorging on the sweet stuff. This place has been here in for 15+. Think dulce de leche heaven, empanada yumminess [they won an award for the best empanadas for a comp held... in Chile!], and a service so lovely and welcoming, you'd make this your new local coffee and cake weekend haunt in a heartbeat [blogger Thang has!]. 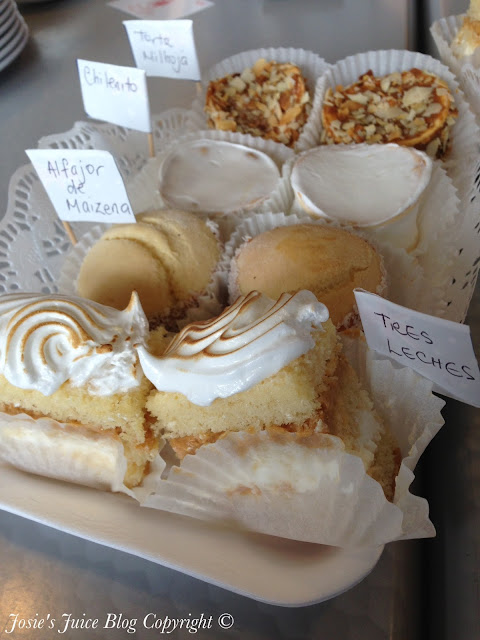 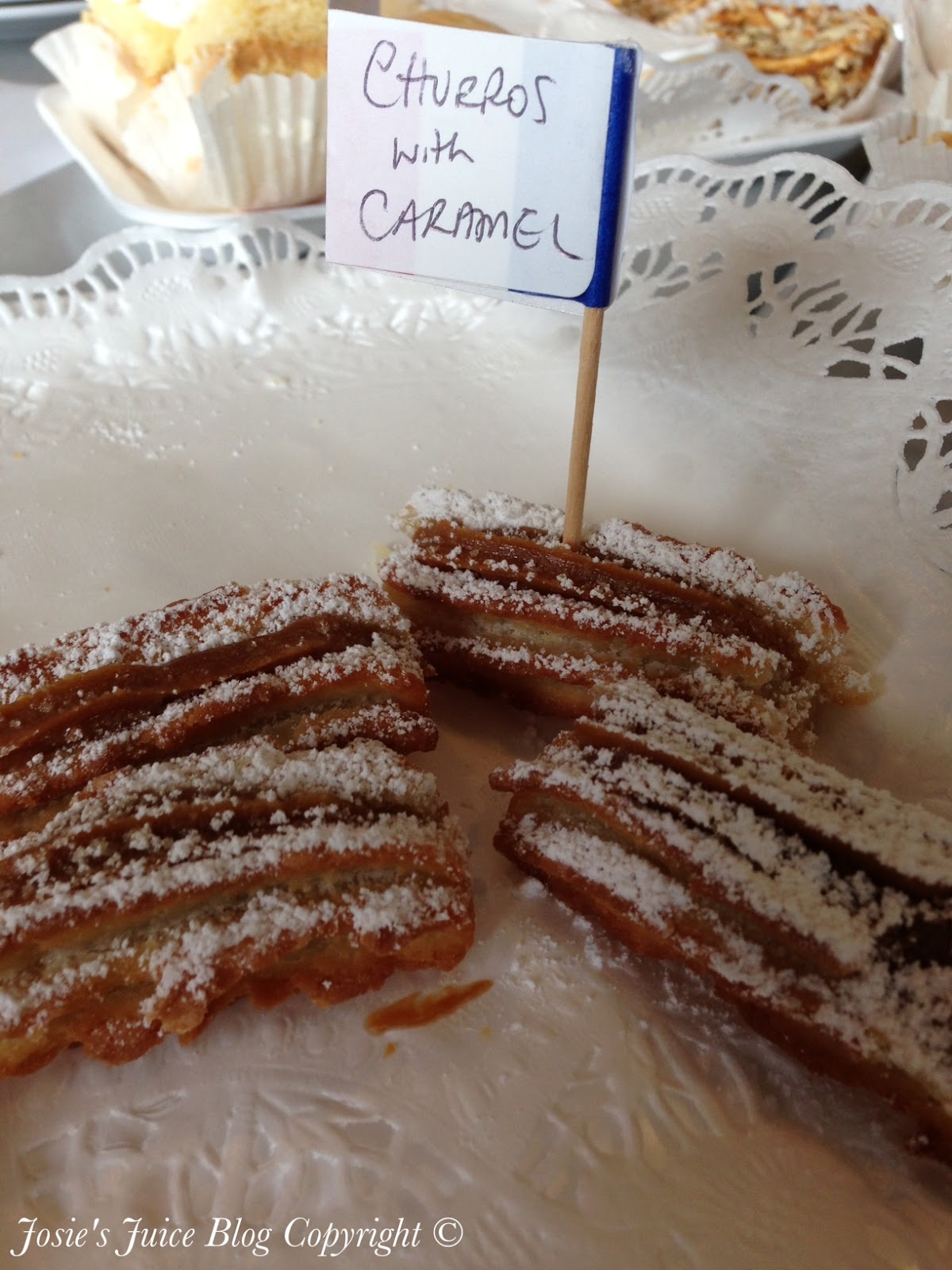 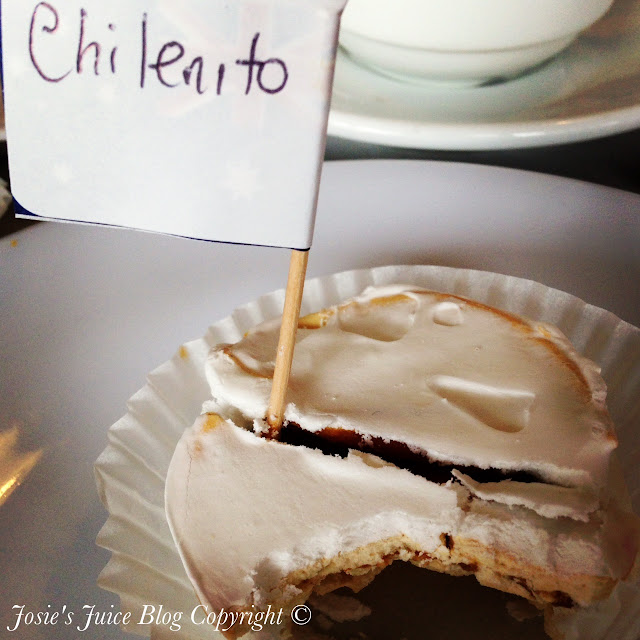 Arab Afghan Bakery
Howwww many times have I driven past this place over the years? Countless. And how many times have I seen the lights on and ovens operational at any hour of the day or night? Lost count. This is a place where good - no, awesomely good - Afghan and Arabic bread is born. Habib and his team work tirelessly to service the Fairfield district, and well beyond [Sydney CBD and the rest]. And what they produce are big, fat slabs of warm bread heaven. Plain and sweet versions [have the latter with a strong coffee in the AM] are seriously cheap as chips, but vastly healthier than the humble spud [bread prices start at... 80 cents, what?]. Come at the right time and watch the bread masters work that elastic dough into a frenzy before popping it into a very hot tanur oven. Moments later, and hey presto! Tasty carb heaven. And in news just confirmed by the lovely owner Habib, that the brand will be stocked in all IGA supermarkets throughout the state of NSW, Australia. Wow! 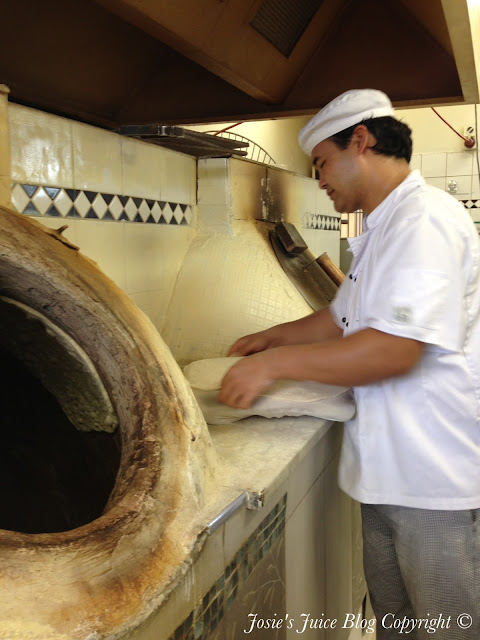 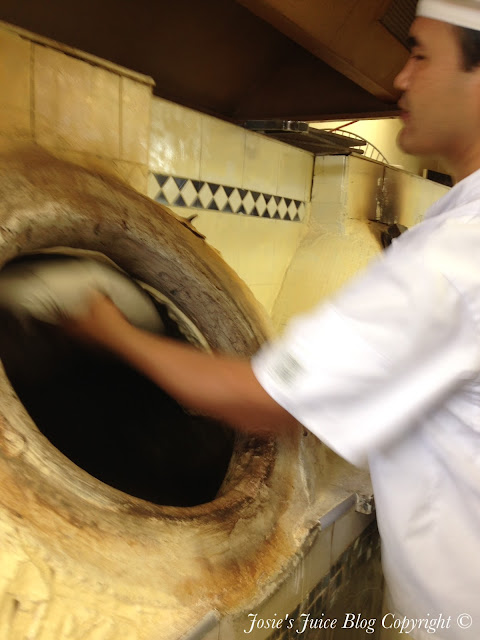 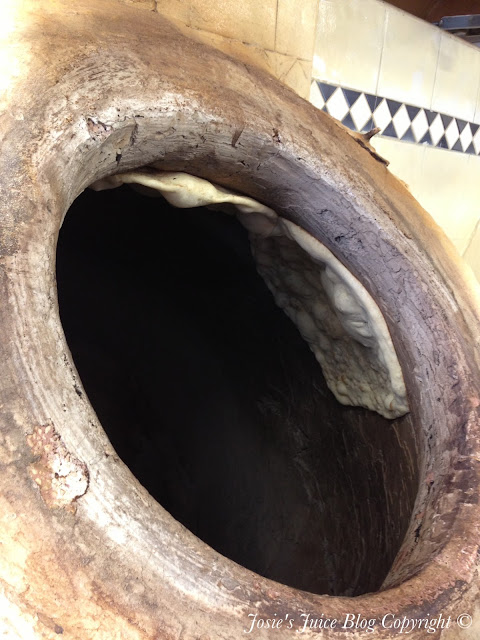 Filipino
I have walked past - and walked into - this place countless times when en route to or from catching a train at Fairfield station. But all I do is pick up some authentic 'Filo' groceries. Eating there - gorging on cooked Filo meals - that's a whole other story. A story that starts with "oooh!" and ends with "yum!" Dishes range from just-right spicy to mild, with chicken and noodles and beef the main stars, and a fish dish I must go back and order again. It was just TOO good - moist, flavoursome, more-ish. Staff are super-friendly and welcoming - it kinda feels like you're in a friend's kitchen. And prices are cheap as chips. 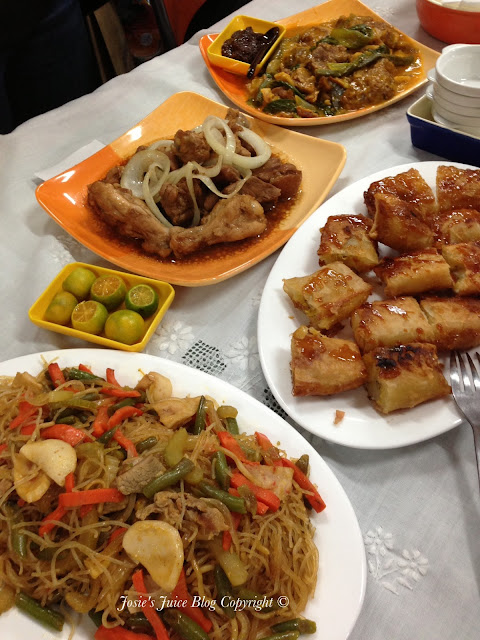 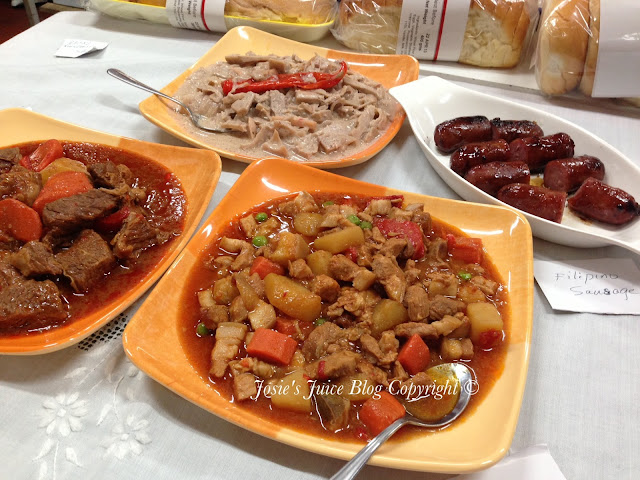 I have been coming to this restaurant for years. I'd pass it each day on my way home from my work commute, and it has always been known as the place to get good, homemade-style Iraqi food - at a very inexpensive price. The fare is served up quick and the portions are plentiful. When I had my first date night post-kids, the husband and I dined here. We knew we'd be in and out super-quick and we'd get a good feed. We were right! The dips - baba ganoush and hummus - are my personal highlight, but you may welll fall in love with the homestyle casserole-style meat and veg dishes. It's all good, and worth the visit. 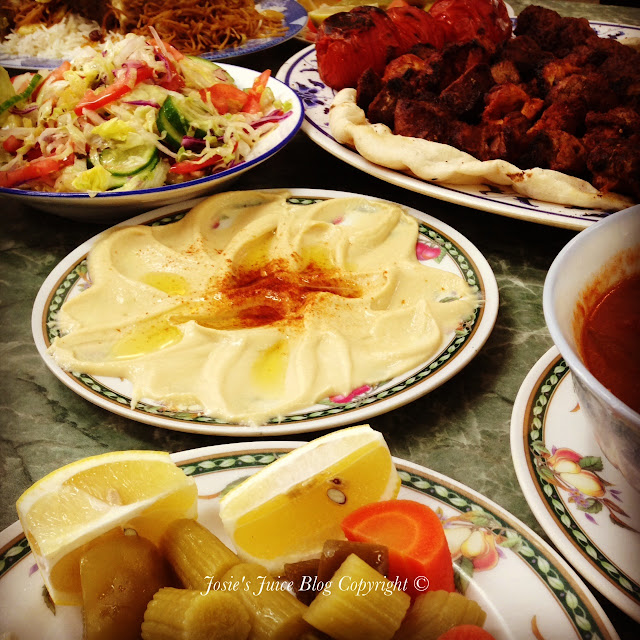 This Fairfield favourite has been a staple for good, wholesome, down-home style Lebanese for eons. And it's easy to see why it's still successful after all these years: the food is fuss-free and absolutely delicious. I have had Lebanese-style charcoal chicken many a time (largely because my closest friend married a Lebanese man and we have dined on this countless times), and I do consider myself to be somewhat of a dip-connoisseur

The falafel is the BEST I HAVE EVER TASTED. I had to write that in caps, because it really is the most insanely good felafel I have had in my life. And the size of them... huge! The garlic dip is sublime... all killer, no filler (the owner explained that it is pure garlic, no potato as some places like to add). It has a true garlic zing and is utterly addictive. They also make a goat's cheese dish which is sublime. Tangy and delicious and more-ish. And then the chicken... as melt-in-mouth delicious as you'd expect. The entire menu is worth coming back for. Again and again. 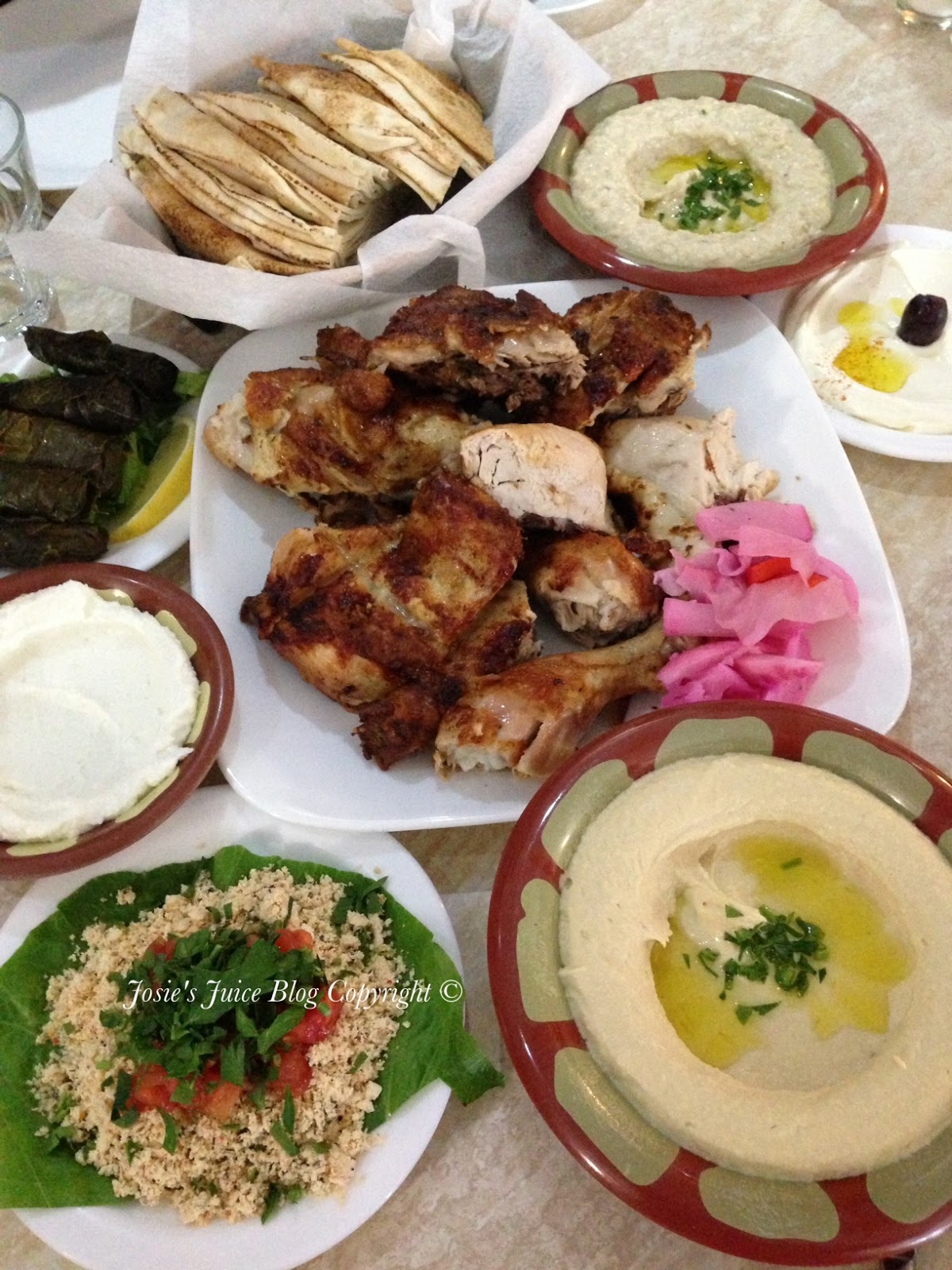 This place. Wow. There are not enough superlatives to describe the experience at Green Peppercorn. Suffice to say, you've either heard about this new venue, or are about to. Opened for less than a year, the Lao and Thai restaurant is as much noteworthy for its impressive, truly world-class menu as it is steeped in history.

In this instance, I don't need to consult the history books: I lived on this very street most of my life and have seen the transformation over the past, gulp, four decades.

Yes, I vividly recall it in its many incarnations as The Fairfield Hotel. Always a favoured watering hole for locals, it underwent a HUGE transformation in 2012. Under the helm of new owner Tona Inthavong, front of house manager Sarah (Tona's wife), and Tona's sister and head chef Ketmany, the place was gutted and experienced the most extreme of makeovers - the venue may still be the recognisable relic it always has been on the outside, but inside... it's a whole other beast. Think: birdcage lights hanging from the ceiling, gold Thai statues peering from each window... even a real-size, imported tuk-tuk (Thai taxi) parked next to the impressive bar with equally impressive cocktail list.

During the demo for the Fairfield food bloggers in their private dining room (yes! You can hire it out for weddings, parties, anything), we are given a demo by brother and sister on how they make the Thai som tum (Thai-style papaya salad), and soon we are also feasting on and we feast on all their signature dishes including Lao sausages (Tona's dad makes them daily, and Tona tells me thet invested in a swanky, modern sausage-maker... nope, Dad wants the old-school version, and these sausages are sublime), and the marinated dried beef jerky, the ridiculously-delicious larb diep (raw beef and tripe salad... seriously, try it). The Green Peppercon signature desserts are... something else. The fried ice cream: it's as good as you've heard. The pandan is so good, as is the black sesame crème brûlée. It was all washed down with Queen's Pitch Vineyard wines, a tour sponsor (the separate dessert bar closes at 12.30am every Friday and Saturday... yes! Heaven for dessert devotees).

Because of its huge popularity, expect delays when you come to dine on a Friday or Saturday night, and they don't take bookings. Patrons are known to linger in the bar area while waiting for a table. And trust me... it is utterly worth the wait.
﻿ 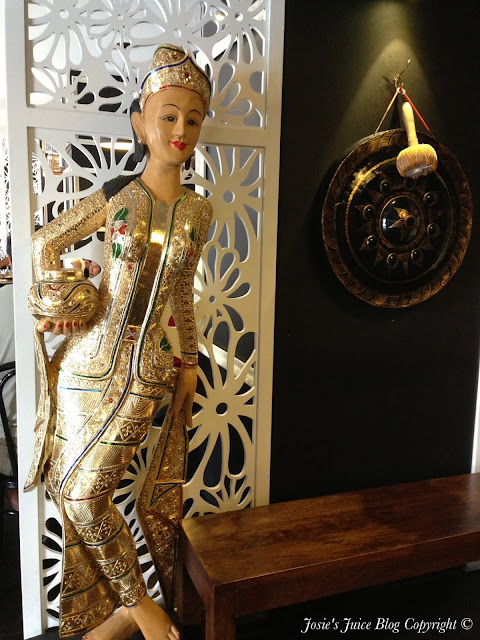 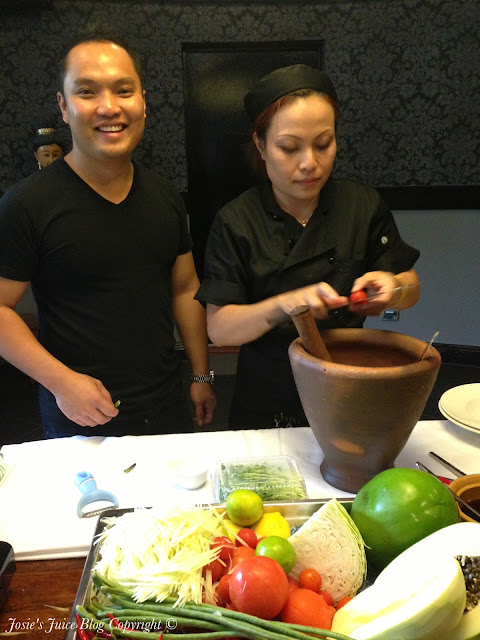 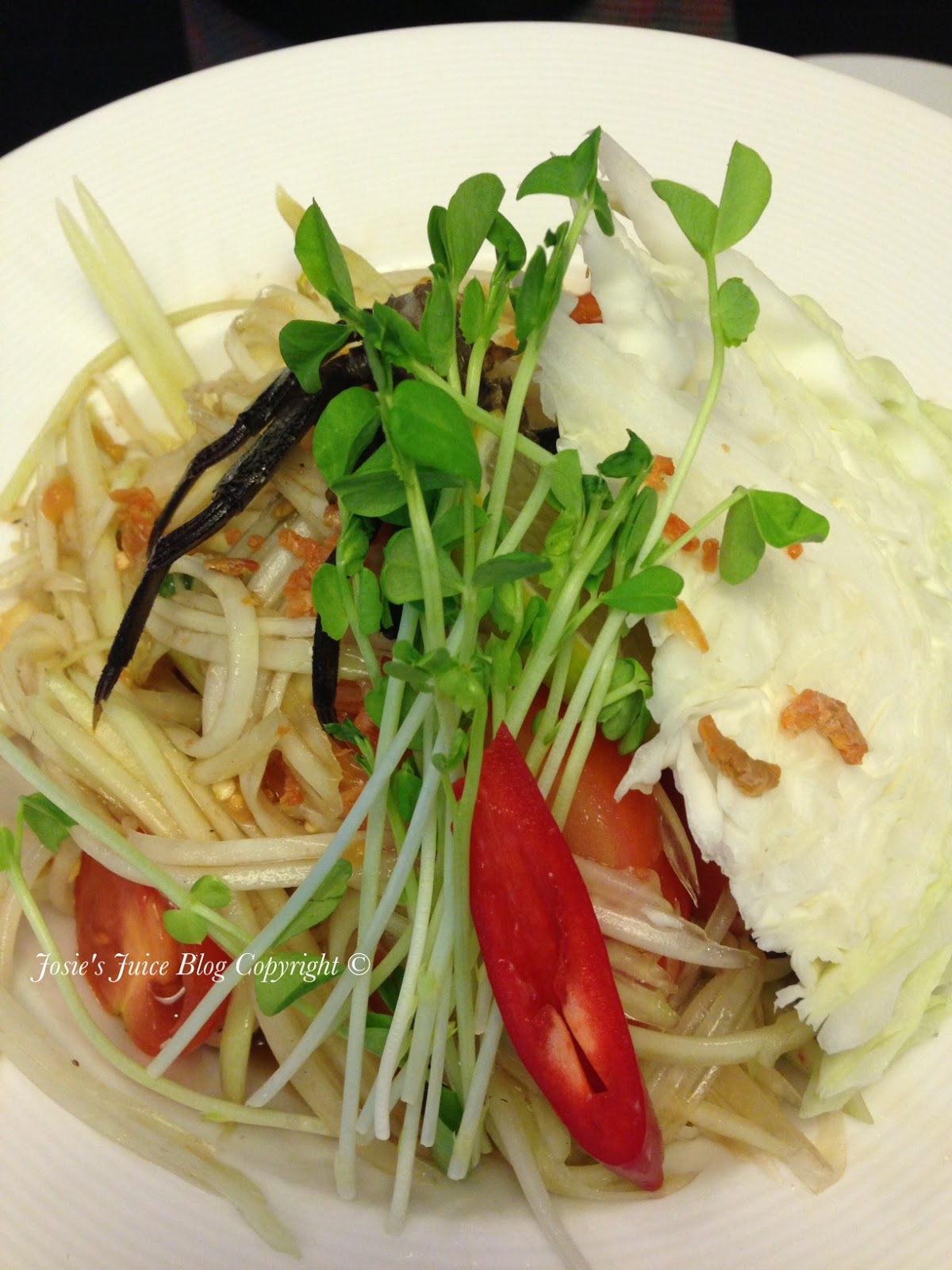 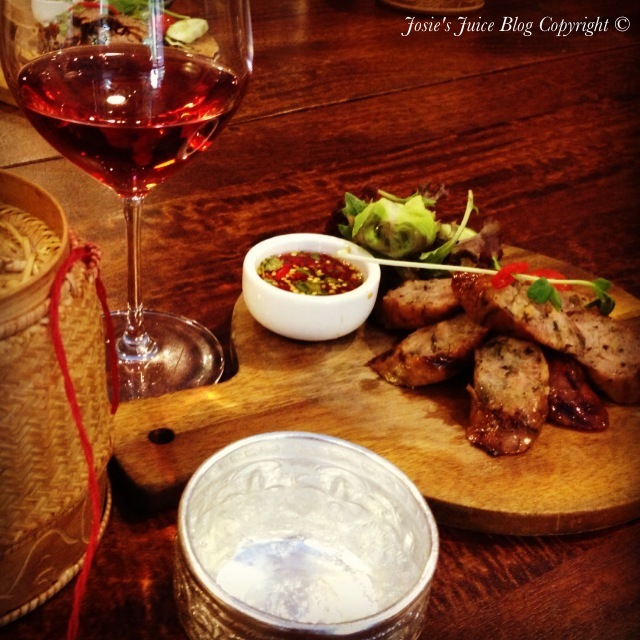 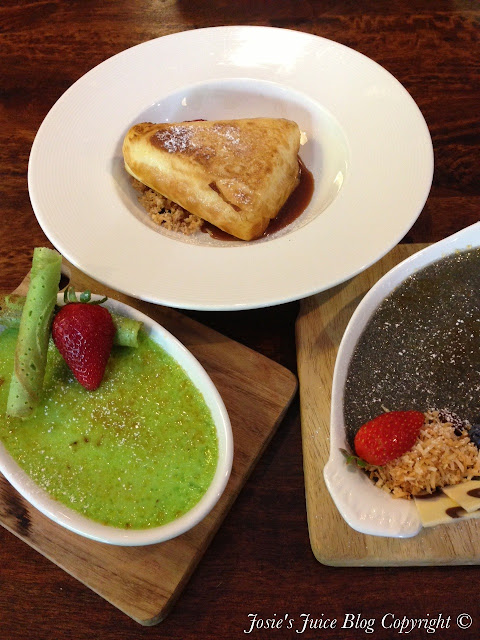 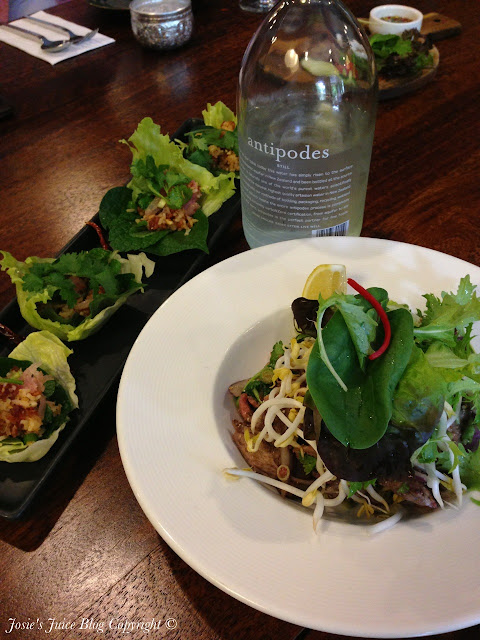 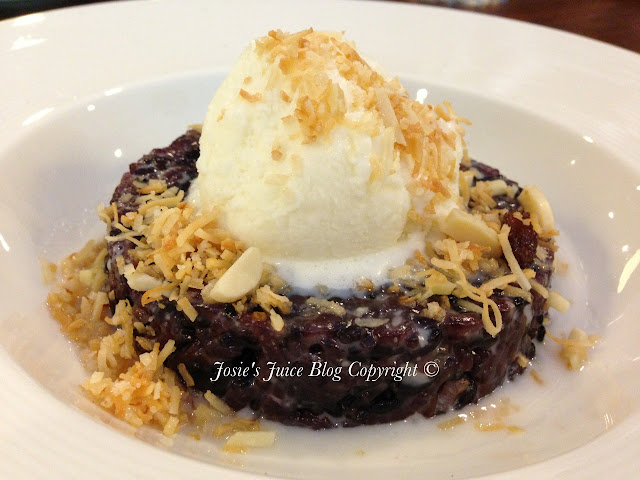 If you live there or in the vicinity: explore it! Revisit it. Fall in love again, and become reacquainted with the suburb you may have neglected for fancier addresses and brighter lights.

If you don't live close, get in the car [gosh, it's not that far! It's 30kms from the Sydney city CBD to Fairfield, which on a good day, is 40 minutes tops, door to door], hop on a train, or get in cab if you're a few 'burbs away, and just drink it all in. It's culture-rich, and filled to the brim with stories of incredible people who have struggles you and I could never imagine. Enjoy the food they have lovingly prepared for you, tell you friends, and share the love about the place with is undoubtedly Sydney's hidden food jewel.
Posted by Josie at 15:57

Email ThisBlogThis!Share to TwitterShare to FacebookShare to Pinterest
Labels: Australiana, Blogs, Food, This Just In