The moment I read about this book - 'The Velvet Pouch' - I was hooked. And not because I would like to entertain the idea of infidelity, which is the premise of the book.

The very concept of 'negotiating fidelity' is extremely foreign to me. You are either faithful in a marriage... or you are not. There is nothing to negotiate. There are no blurred lines. For me, a kiss with someone other than my husband constitutes infidelity. We both love wearing our wedding rings and what they stand for. I have no interest in meeting up with an old boyfriend. We have a very clear view of what being faithful is and what being unfaithful is.

I have recently joked - to my husband - that I am too tired to even contemplate an affair, and frankly... I just could not be 'arsed'. This is apart from the fact that, you know, we took vows and stuff.

This does not, however, make me immune from being open to understanding why people have affairs. I have been the shoulder to cry, the ear, the sounding board for friends who have either: had affairs, having an affair, have been on the side of the affair [the partner who found out about the cheating husband]. The whole thing fascinates me probably as much as how resolute I am about not having one. Ever.

She coined the phrase ‘negotiated infidelity’ and it became a household term after guest appearances on the 'Larry King Show,' '60 Minutes', and 'Dr Phil', but she recently retracted the notion, saying it emasculated men and made women feel insecure.

After testing the notion for four years and interviewing hundreds of couples, Holly said any arranged infidelity must be the ‘exception and not the expectation’ and reversed the notion, calling it NEGOTIATED FIDELITY instead.

"Whilst we know that monogamy hasn't worked for at least fifty percent of couples and has been scientifically discredited in books such as 'Sex at Dawn', it must still remain as a collaborative option in our relationship repertoire," Holly, below, has said. 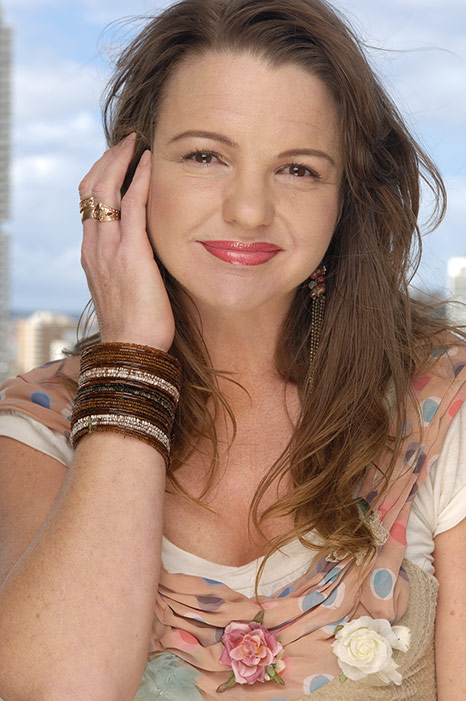 She says that "love and relationships are currently all wishful thinking and no science. If we don't change the recipe, the end result will continue to have even chances of failure. I’m all about helping couples grow old together."

And so, the book 'The Velvet Pouch' is a daring account of when the author Holly Hill embarks on a new sex-periment: allowing her boyfriend to sleep with other women in a 'negotiated infidelity' arrangement.

In this true story, Holly and her new boyfriend 'D' draw up a contract and framework for sleeping with other people, including a ‘tell all’ clause after each and every encounter. Their spare room is used for sex with other partners (D calls them 'Play Partners') and both eventually stumble upon Sydney’s underground sex world.

D loves seeing Holly desired by other men and she feels the same way seeing him lusted after by other women. Holly also explores same-sex relationships and reveals in graphic detail what it’s like to explore the body of one’s own gender for the very first time. And I do mean, graphic detail.

Inevitably, Holly starts to notice subtle changes in their relationship. She becomes increasingly defensive, paranoid and jealous of D’s growing list of sexual conquests. She begins to wonder if 'negotiated infidelity' is actually a hopeless cause.

Australian author Holly’s earlier books, also memoirs - 'Sugarbabe' and 'Toyboy' - have both gone on to become bestsellers in both Australia and the United States.

This true life erotica is a must-read for anyone who is open to the idea of negotiated fidelity. Or at least read about it and know about that world - for their own pure, voyeuristic pleasure.

And, you can win ONE OF FOUR copies of the 'The Velvet Pouch'.

Here's what you need to do to enter the comp:

- 'Like' Josie's Juice Facebook page [click on top right of this page]
- Share this link on your wall
- Email your address details to josiegags@optusnet.com.au [this step is important. Entries are invalid if a delivery or PO Box address is NOT emailed].
- Comment below by answering this question: why are you keen to read Holly Hill's new book?
- Comp drawn within one month
* Competition open to Australian residents only