Holly Hill - the author of controversial new book 'The Velvet Pouch' - sat down for an exclusive interview with Josie's Juice. [Click on the link for your chance to win a copy of the book].

The Austalian writer did NOT mince words - in fact, if you're prudish, stop reading right here. Here's Holly: 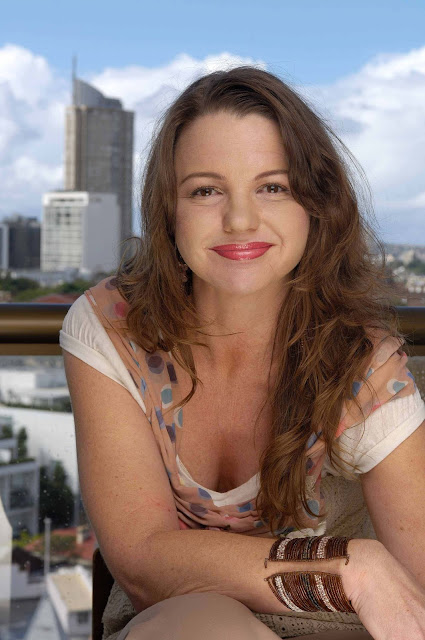 Tell me more about the term ‘negotiated fidelity’, and expand on why you recently retracted the statement, saying it emasculated men and made women feel insecure?


Negotiated fidelity is simply sexual risk management. The research is unanimous - men and women are hardwired to be promiscuous with over 60% of marriages involving cheating and 90% of divorcees citing cheating as the main reason. By discussing and red-flagging possible areas for sexual misconduct, couples can safeguard their own unique boundaries and prevent relationships ending prematurely.

“Love and relationships are all about wishful thinking and no science. If we don’t change the recipe, the end result will continue to have even chances of failure.” Should even the most secure of married couples be concerned about this statement?

No matter how secure and long lasting a couple is, they still battle boredom, repetition and taking each other for granted. As I point out in my first book, Sugarbabe: “The average erect penis is about 15cm long - let’s be generous and call it 20. And a normal fuck is about 100 thrusts. That means the average root is 2 metres long! And if you fuck the same penis three times a week that’s 6 metres. Multiply that by roughly 50 weeks per year and you’ve got a whopping 300 metres! So if you’ve been faithful for 20 years, it means your wife or girlfriend has had over 6km of the same cock. You wouldn’t want to travel up and down the same stretch of road over and over again – why on earth would you want to do the same thing with a penis?”

Fifty percent of our relationships continue to fail and yet relationship counselors keep on telling us to ‘cure’ problems with date nights, empowerment and candles. You can’t install the software until you fix the hardware!! That means recognising human physiology including hormones, sexuality and a genetic predisposition to cheat and using this knowledge to find soul mates and have lifelong relationships.

You say, “I’m all about helping couples grow old together.” I researched and wrote a story on a high class brothel and all the call girls there said the same thing. Can you see a parallel with your notion and that of the services of a brothel – that is, sex should not be confined solely to a married couple, and adventurous sex should be obtained outside a marriage, even if one half of the couple is not aware of that arrangement?

Every couple needs to determine their own unique boundaries to risk manage their relationship. Sex workers are a great outlet for people who aren’t getting enough sex, whose partners are often sick or absent or who like kink that their partner isn’t interested in. Oxytocin (the cuddle hormone) and attachments are the enemy. There are still a lot of unethical people out there who would prefer to steal a partner than share a partner. That means ensuring sex outside the primary relationship should be once-off or opportunistic encounters. Better still – do them together – most couples are HOT for each other when they see their partner with other people. Renting a sex worker will merely scratch an itch – risking an affair might stab whole families. Un-negotiated sex will ALWAYS be cheating and sexual betrayal.

Can negotiated fidelity ever really, truly work. Is it not inevitable that one half of the couple will always go behind the others’ back and seek sex solo?

If a couple actively risk manage each other’s sexual inclinations and one half of that couple STILL goes out and sexually betrays their partner, that person is not worth having. Loyalty is everything.

Supporting studies:
A study by the University of Washington suggests as many as 60% of marriages involve cheating and that in the last two decades, the number of unfaithful wives under 30 has increased by 20% and unfaithful husbands under 30 increased by 45%.

Link on statistics RE: how gender equality has failed (NY Times) http://www.nytimes.com/2013/02/17/opinion/sunday/why-gender-equality-stalled.html?smid=tw-share&_r=0

A study by the University of Washington suggests as many as 60% of marriages involve cheating and that in the last two decades, the number of unfaithful wives under 30 has increased by 20% and unfaithful husbands under 30 increased by 45%. The 2009 Australian Sex Census found 47% of men and 44% of women had been unfaithful and less than a quarter leave their primary partner for the person they have the fling with The Men's Rights Agency claim up to 30% of men in Australia are living with a child their mistakenly believe is their biological offspring.

And so, what do you make of Holly's views on fidelity, infidelity, marriage, and sex? Feel free to comment like mad on this controversial topic.