I saw this story on news.com.au this morning and wanted to post it… but then I thought of the friends who have been cheated on… and the people I know who have cheated. And that's no joke at all for either party.

But this story is… something else. (For the updated story, with quotes from Dan, see below).

It's a study in public revenge and shaming, courtesy of sales site gumtree.com.au.

Dan (from Bradbury, NSW) is a man whose friend has been cheated on, and he is pissed with him and for him. He is selling his friend's ex-partner's wedding dress (she cheated on him with his best friend) and he's also a very, very witty writer.

Here is the contents of the ad, in full.

Due to be married soon? Not planning on staying faithful? Want to sleep with one of your soon-to-be husband's closest friends? Then THIS is the wedding dress for you!
This stunning, tuille swathed, ivory bridal gown has a proven track record of producing an adulterous, deceitful, double-crossing and traitorous "soulmate".
A one of a kind garment designed by Benedict Arnold, believed to be derived from the very cloth Judas Iscariot himself wore to the Garden of Gethsemane to betray the only son of God - Jesus Christ.
This harlot-sized ensemble will make you the envy of your trampish posse on your fraudulent wedding day.
As an added bonus, this dress gives you the "entitlement" to legally obtain over half of your husband-to-be's worldly possessions.
This dress is guaranteed to provide you with approximately two years of reasonable wedded mediocrity before the complete and utter disintegration of your relationship due to your extramarital promiscuity.
Cosmetically, the garment is in better condition than the marriage - not looking for much. Make an offer. 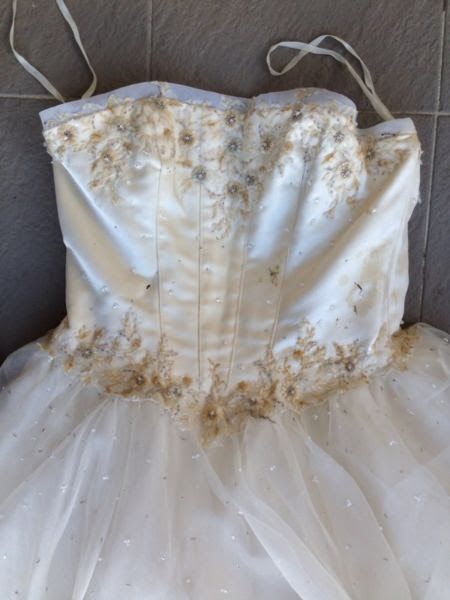 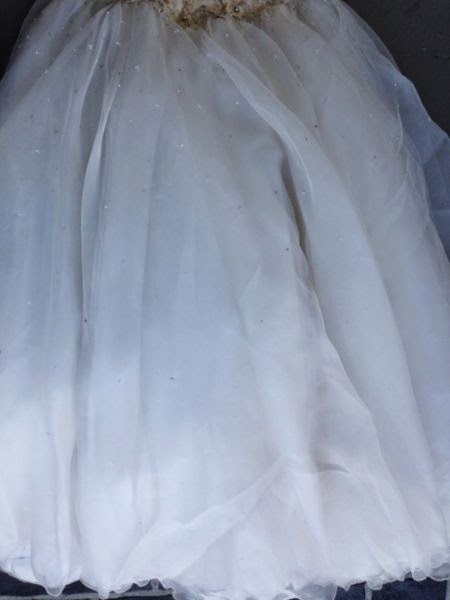 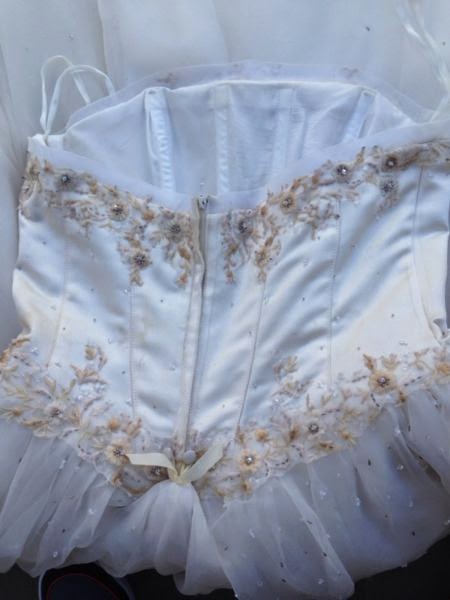 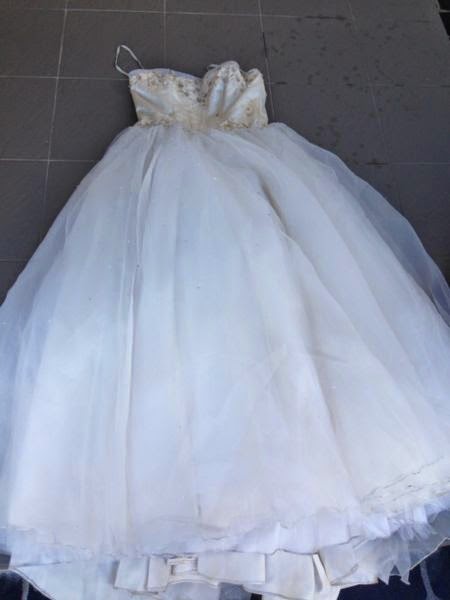 Josie's Juice spoke exclusively to Dan, the friend of the (unnamed) jilted man.

Here is what he told us:


My mate and this woman were married for two years," says Dan, who can't recall exactly how long they were together before that, but they were in a long-term relationship. "She was cheating on my friend with his close friend. I wouldn't say they were best friends, but they were close," Dan reveals about the man in question.

He tells Josie's Juice: "I found out and made her tell him. I basically threatened her to tell him or I would. I put pressure on her to tell him, yes. I knew enough information to go to my friend. So, she caved in and told him. Or I would have, and she knew it," he adds.

So, what actually happened? How did Dan find out?

"He told me I could do whatever I wanted, and I suggested we write this Gumtree ad and sell it," he reveals to Josie's Juice. "I asked him what he wanted in the ad and I wrote the whole ad with him knowing what I was writing," he adds, agreeing it was a pretty well-written piece.

"We've had hundreds of replies to the ad, and over 20,000 people click on it," Dan reveals to Josie's Juice. "Most are well wishes, and there have been quite a few expressions of interest, asking more details about the dress like what size it is, that kind of thing. We definitely plan on selling it," adds Dan, who says that despite offers from TV to talk about the whole ordeal and the huge interest in this now viral story, he and his friend are not planning on speaking to media any further.

So, how is the cheated-on man today?

Keen on buying this dress? Sure… just click right here.