'Once Upon a Time in Punchbowl': SBS Screen Date + Trailer

'Once Upon a Time in Punchbowl' will be screening on SBS tomorrow night, Thursday June 19, at 8.30pm. 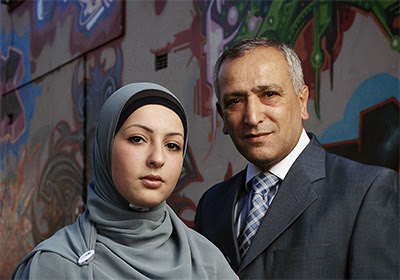 This is the untold story of how the Lebanese community overcame the odds and found their place in multicultural Australia. This is a community that has been besieged by events beyond their control. But they have emerged stronger than ever with a resilience and strength that will carry them into the future.

After scrapping the initial screen date of January this year (with SBS acknowledging a new version from Northern Pictures has had some ‘modifications') this much anticipated doco will finally be seen.
Tony Iffland, SBS Director of TV said: “Through Once Upon a Time in Punchbowl we want to contribute to the national discourse about what it means to be Australian today and hope that these stories shine a light on a community that is resilient and a rich part of Australia’s diverse multicultural story.
“SBS has a 30 year history of presenting national and international award-winning documentary programming and we believe that Once Upon a Time in Punchbowl is a series that tells a compelling narrative about the settlement of the Lebanese community in Australia in the 1970’s and their journey in multicultural Australia. Once Upon a Time in Punchbowl gives people whose account has never been heard a place to tell their story about what it means to them to be Australian.”
Says the press info:
Following on from the national award-winning and critically acclaimed series Once Upon a Time in Cabramatta which aired in 2012, Once Upon A Time in Punchbowl is the untold story of how the Lebanese community overcame the odds and found its place in multicultural Australia.
This four-part documentary series hears from community leaders, police, families and individuals, as they combine to tell the compelling and dramatic story of a proud and resilient community, under intense pressure and scrutiny.
Respect for Australian audiences and the integrity of programming is paramount to SBS. Once Upon a Time in Punchbowl was originally slated to broadcast in January 2014 but was postponed whilst it underwent a review, which resulted in some modifications to ensure the series met with SBS and production partners Northern Pictures’ standards.
Once Upon a Time in Punchbowl begins in the 1970s when large numbers of Lebanese migrants flooded into Australia. Many were traumatised by civil war; all were desperate to build a better future. Over the coming decades, these new Australians struggled to establish a life in their adopted country. Domestic and global events were against them. The Gulf War, September 11 and the Bali bombings, all alienated them from some of their fellow Australians. The traditional Lebanese family unit was fragmenting under the pressure and a small minority turned to crime. Things reached a terrible climax when these tensions, inflamed by the media, erupted in the Cronulla Riots.
Once Upon a Time in Punchbowl is the inside story, told by those on the ground, of the succession of challenges that beset the Lebanese community, a community which is, ultimately proud and resilient.
Once Upon a Time in Punchbowl is a Northern Pictures and SBS production.
Here is the extended trailer. Compelling. Must-see TV for all Australians:
Posted by Josie at 23:12

Email ThisBlogThis!Share to TwitterShare to FacebookShare to Pinterest
Labels: Australiana, Controversy, Everyone is talking about, SBS TV, This Just In