Laura Pausini is heading to Australia for the very first time - which is huge news for dedicated followers of the longtime music songstress. Josie's Juice had the privilege of speaking with Laura about her impending Australian visit. More on that below. But first, more about Laura! Here she is pictured below: 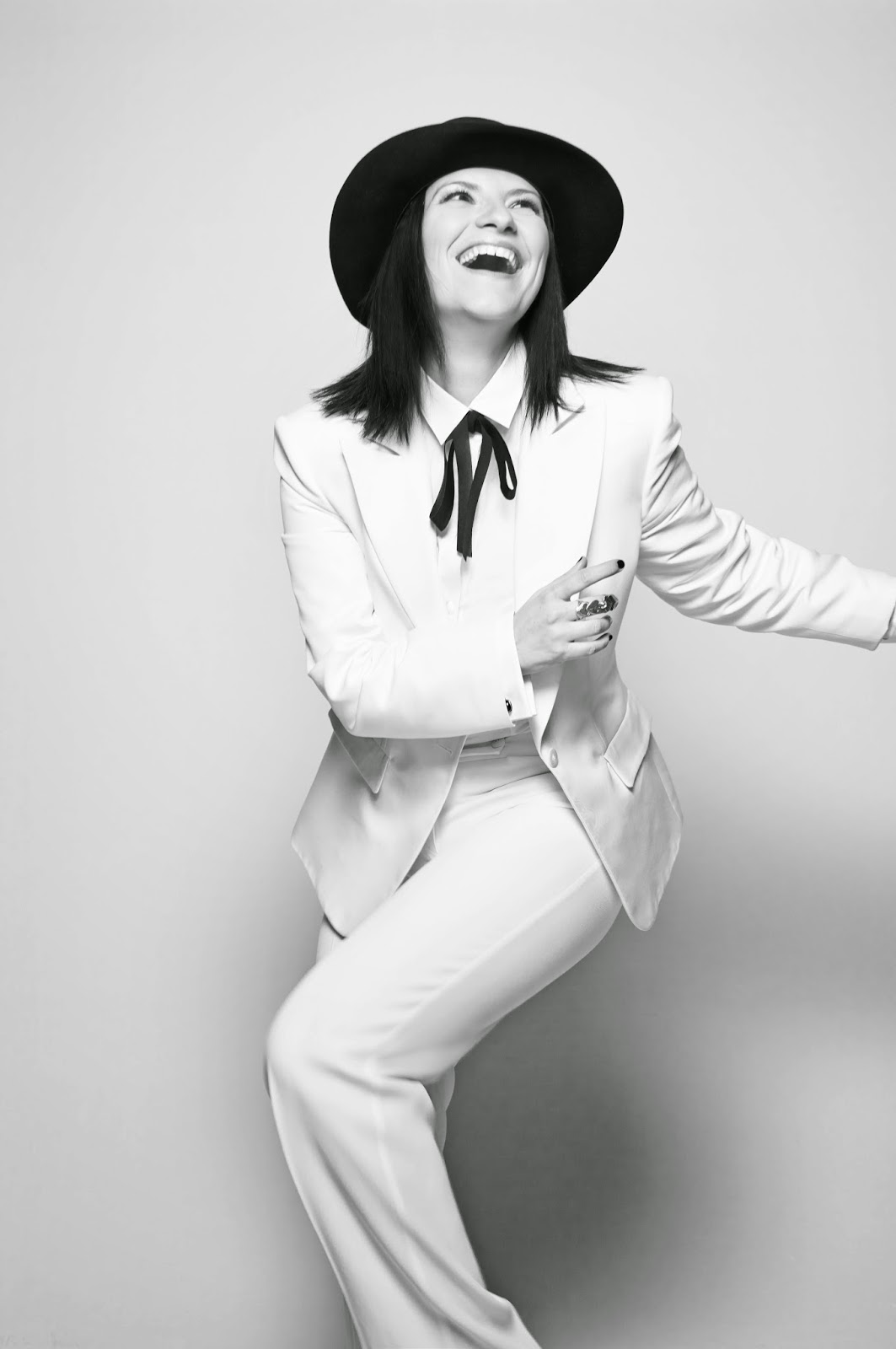 After sold out concerts in Europe, South America and North America the Italian superstar - she's been wowing crowds and dedicated Laura lovers for over two decades - is bringing her show to Australia, to Sydney and Melbourne.


One World Entertainment presents one of Italy’s most celebrated, loved, and enduring singers and when she visits Australia for the very first time, Laura will perform in Melbourne on February 13 2015, followed by Sydney on February 14 2015, with tickets on sale NOW.

Laura Pausini first burst onto the music scene when she captured the attention of Italians -and the huge international audience - watching her win the 1993 internationally renowned Italian Sanremo song festival. I vividly recall watching Laura perform her song, then go on to win the title, as I was travelling in Italy at the time. I was instantly smitten with Laura, as were millions around the world. I immediately bought her debut album while I was there, and on on subsequent trips to Italy bought all her latest releases. As a 21 year old, Laura spoke to me with her lyrics and she endeared herself to the world in the very same way: relatable, young, fresh, and a new voice we'd never heard before.

Since then, Laura has continued to be a genuine superstar in Europe and Latin America, and has a hugely passionate Italo-Australian fan-base following her career.

Laura has gone on to record albums in her native Italian, as well as in Spanish and English. Over the last 20 years, Laura has released twelve studio albums, and sold in excess of 45 million albums!

Throughout her career, Laura has won various music awards including three Latin Grammys, a Billboard Latin Music Awards and four World Music Awards. In 2006, Laura made music history, becoming the first and only Italian female to win a Grammy award. Incredible stuff!

Laura has sung with some of the biggest recording artists including Luciano Pavarotti, Marc Anthony, James Blunt and more. In 2013, Laura released a duet with our very own international superstar, Kylie Minogue, with a single called ‘Limpido’ (translated to ‘clear’), as well as a Spanish version called ‘Limpio’, sung in in Spanish, as part of a celebration of her twenty years in the music business, with the ’20 The Greatest Hits’ album.

She also sang on Gloria Estefan’s 2013 album ‘The Standards’. In early 2014, Laura launched a global tour, which has taken her to the US, Latin America, Europe, Russia and, of course, Australia in February 2015.

And now, my interview with the gorgeous, super friendly and fabulous Laura Pausini. You guys, you must go see her. It's a once in a lifetime opportunity to see this Italian superstar in Australia!

(At this point, I have translated the first part of our interview together, and then we actually conducted the rest of the interview in English. Laura’s English was actually quite great – she did really well and as was as lovely in Italian as she is in English).

Josie's Juice: Yes! I can’t recall which city I was in when I saw you win San Remo, but I remember thinking: this young woman is going to be a big star!

Laura: Oh really! Wow, thank you. You believed in me from the very beginning! You are a magical fan, then.

Do you know that, in the beginning, not many people in the music industry believed in me? But the public really believed in me, they always did. And that yes, I could have had such a long and big career.

Twenty years ago it was harder to enter to the music industry. And yes, and it was even harder for a woman.

In Italy, in the 1990s, the music you’d see on the charts was mostly sung by men. There were famous women who had sung Italian songs, but they had not sold that many albums. And so, women who went to Sanremo had a smaller possibility of making a mark on the industry.

But the Italian public, that year, decided I would make my mark by supporting me. And that I would represent women in music. Winning Sanremo changed my life and after that win, the industry saw that many women could sell albums, and many have gone on to win the Sanremo title, and have sold many, many albums.

Josie's Juice: Yes, you were groundbreaking.

Laura: I was completely unknown back then, and then this [Sanremo] changed my life.

Josie's Juice: You had so many songs that suddenly, Italian and Australian youth - and all around the world, could relate to. ‘Baci Che Si Rubano’, 'Perche Non Torna Piu’', so many songs I adore! (many are below).

Laura: (laughing lots): I love that, because they are very special to me too; those songs, they are a mirror of myself. These first songs at the beginning of my career told the story of my life at the time, the the adventures of a young girl and teenager, and the stories of a young girl experiencing her school days. I was so happy to have sung those songs at that time, as they followed my life at the time, they are memories of my youth. I think they were much simpler, more innocent times back then.

They actually still make me emotional when I listen to them now, as an adult, because they take me right back to the ‘me’ at that time.

Non c’e’, Mi Rubi L’Anima, La Solitudine – they were all actually relating to my school days, my youth.

When I was at that winning Sanremo event, I was at school, still finishing my schooling. So it’s really an accurate story of my life.

Josie's Juice: How old were you when you won Sanremo?

Josie's Juice: How many albums have you released? Your discography is shows it’s 12 or more?

Laura: I think I have around 12, but I also have two greatest hits albums. Then I also have all my Italian and Spanish albums.

Josie's Juice: We in Australia are your perfect target market for your songs now because we grew up with your songs at around the same age you were at the time you won Sanremo, your late teenage years.

Laura: I sometimes I am unsure when I think about myself over there in Australia, because I really don’t know how much of an audience I have; I’d love to discover how many people love my music, and I guess I will find that out in February.

Josie's Juice: Oh, you DO! You have a massive audience here in Australia. Someone of my age group – in their 40s – has followed you from the very beginning and we are huge fans of you and your music.

Now, tell me about Kylie Minogue, and how you came to work with her?

Laura: Singing with Kylie was a very big moment for me, because I wanted to share songs from my new album, the greatest hits album, that included three brand new songs.

I wanted a song that shows the very opposite of me. And so, Kylie is a blonde woman, with sexy moves, and she has very different voice to mine, and I wanted to show that in singing a song with her.

I wanted to show to the people the same ‘idea’ in music, even though we are different. This is why I wanted her so much. I wanted to be with a female artist and she was the perfect one for me, and she was really lovely.

Josie's Juice: You’re a mum, are you bringing your child along with you on tour? (Laura is mummy to almost two year old daughter Paola, with her partner Paolo Carta).

Laura: Of course! She is touring with me right now. She’s travelling around the world with me, wherever I go.

Oh boy, how can I celebrate Saint Valentine’s Day without her! She absolutely the meaning of my life, so she has to be with us!

Here are Laura's early songs. First, the song with which she won the 1993 Sanremo singing contest:


(Sorry about this copycat video… the song is authentic, though!). My fave Laura song:

Tickets to Laura’s concerts are sale now via www.ticketek.com.au or call 132 849 or see this direct link: http://www.laurapausini.com/eng/ 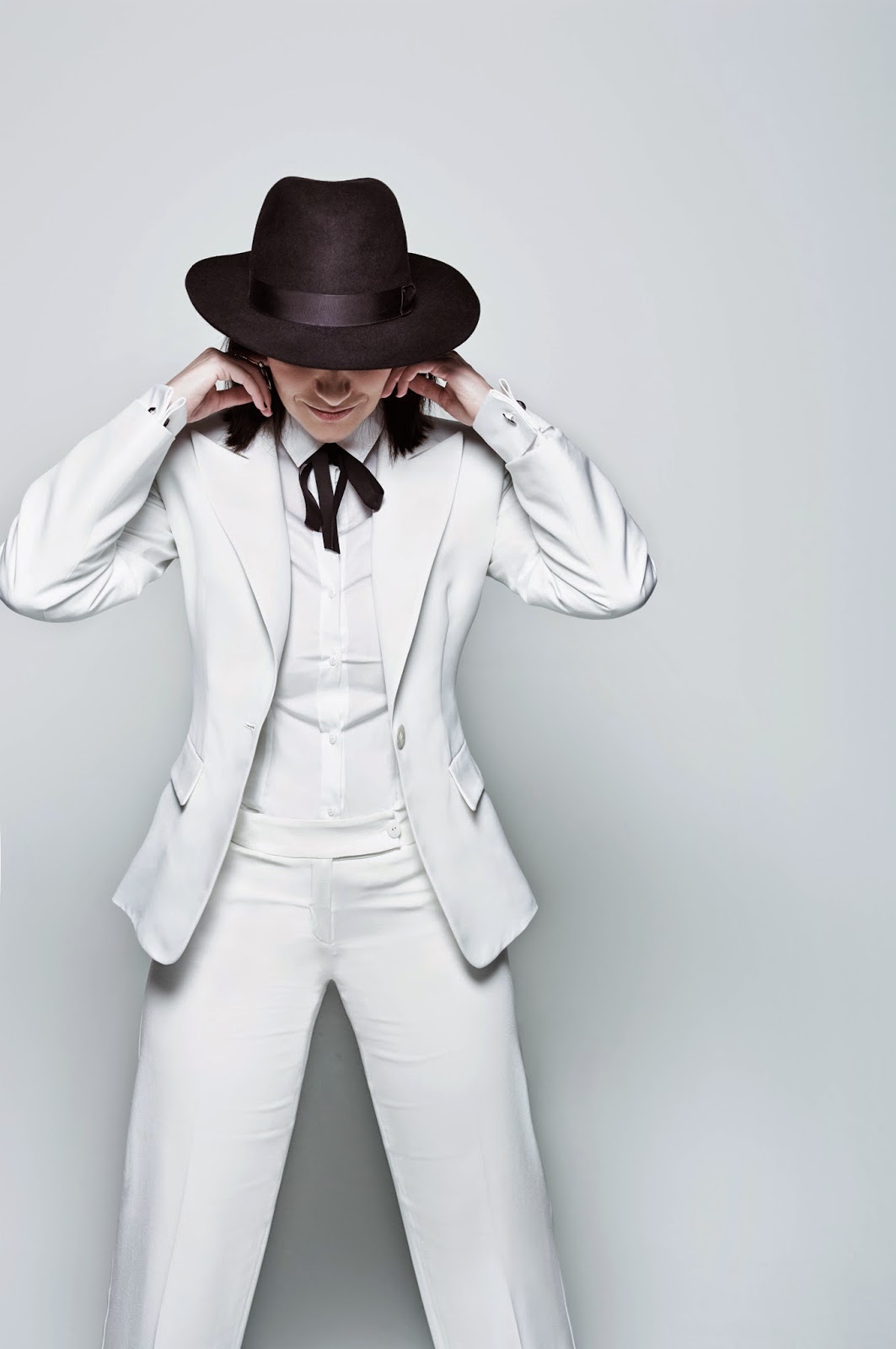 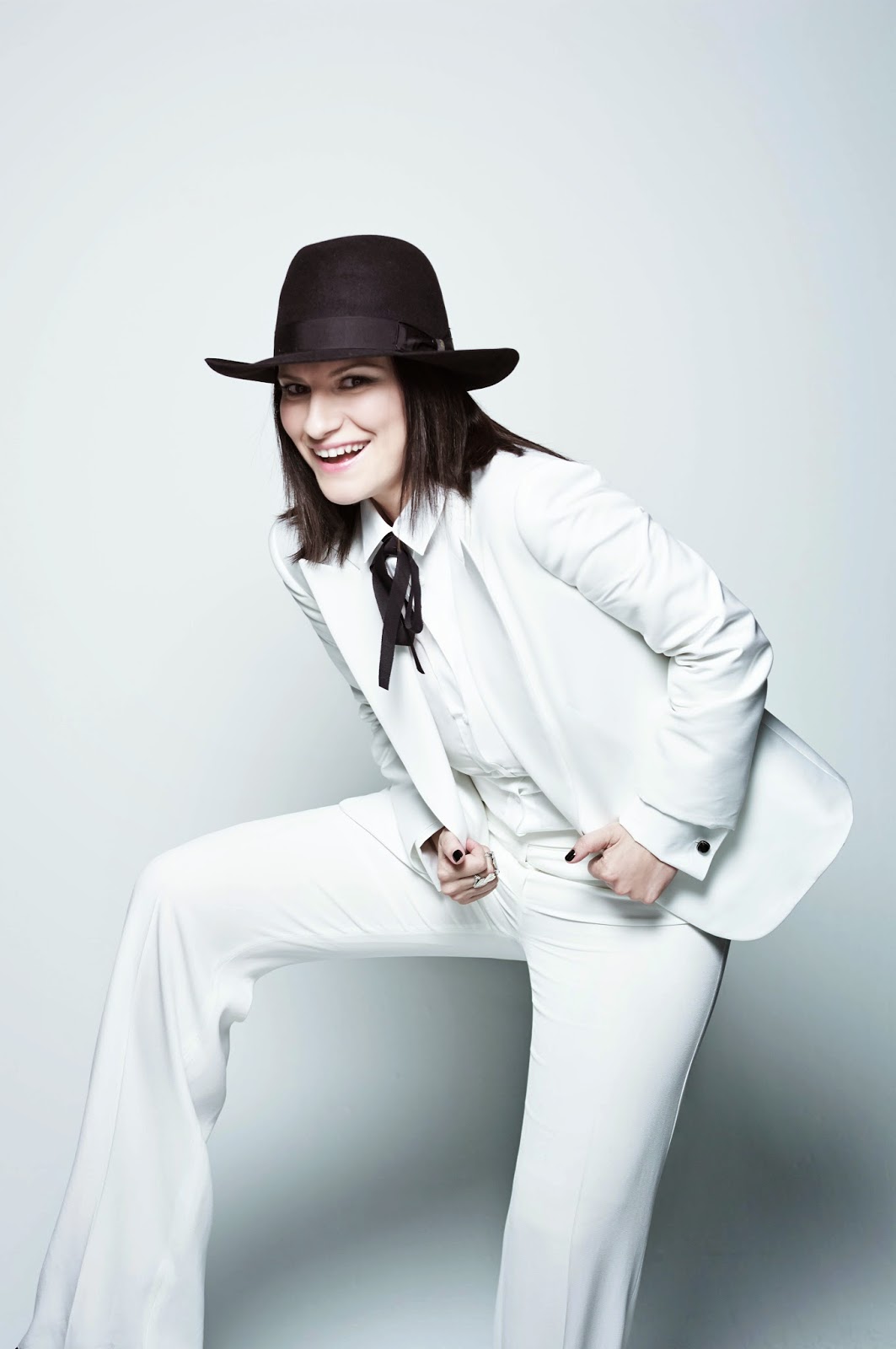 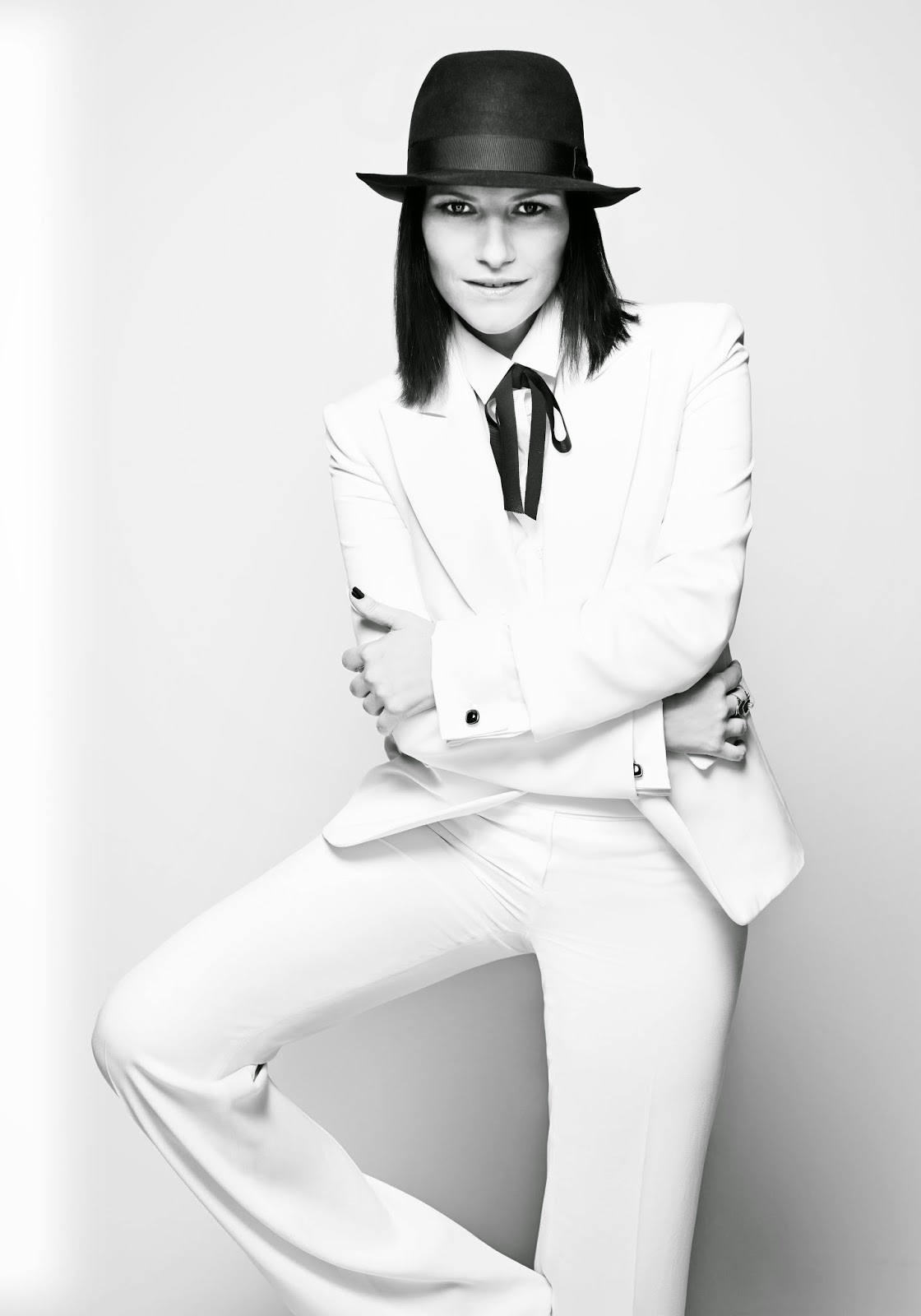 Updated: Laura's video about her arrival in Australia:

Email ThisBlogThis!Share to TwitterShare to FacebookShare to Pinterest
Labels: Australiana, Concerts, Italophile, Music, This Just In