Josie's Juice was one of the bloggers who were the first to in the world to trial the all new Skylanders Superchargers, and we're happy to report you're in for a wild - and fun (joy) ride!

The good news is: we're sharing the joy with you!

Thanks to Activision Publishing, we have two packs to give away!

Each prize will contain:

This pack will contain what you see below. It's pretty darn epic, gamers! 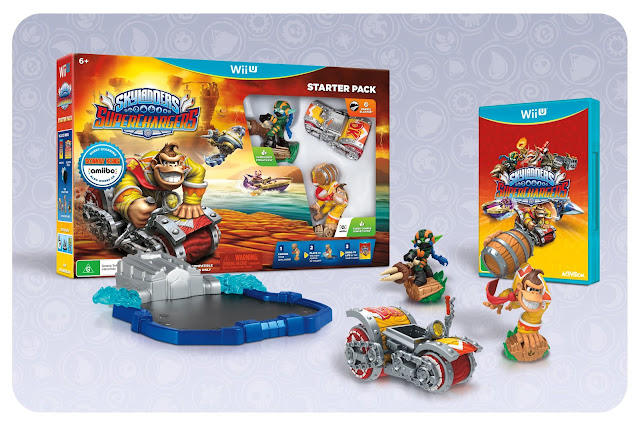 It is for the also the WiiU console (not the older Wii, you guys, although this pack IS available for that Wii, and all other platforms... read on for more below).

Competition details are also below, but for now... read on for all the NEW and exciting elements behind this highly anticipated new Skylanders super-fun gaming madnes!

Donkey Kong and Bowser Join the Incredible Cast of Skylanders Characters as Guest Stars for the First Time, Available Exclusively for Nintendo Platforms

Skylanders® fans with a need for speed should look no further -- Activision Publishing, Inc., a wholly owned subsidiary of Activision Blizzard, Inc. (NASDAQ: ATVI) is bringing vehicles-to-life today with Skylanders SuperChargers. Available at major Australian retailers nationwide from today, and New Zealand from 25 September, Skylanders SuperChargers takes kids on a wild ride as they drive the mountainous terrains, dive the deep sea environments and fly the big blue skies of Skylands like never before, with amazingly detailed vehicles, many of which feature moving parts that will play in the real world and come to life in the game via the Portal of Power®. Packing some major star power, the game includes two of Nintendo’s iconic characters reimagined as Skylanders -- Turbo Charge Donkey Kong and Hammer Slam Bowser – available exclusively in Skylanders SuperChargers Starter Packs for the Wii U system, and in Skylanders® SuperChargers RacingStarter Packs for the Wii system and the Nintendo 3DS family of systems.

“Remember when you were a kid and pretended that your toy cars came to life, zooming around your living room on the most epic racetracks of your imagination?” said Eric Hirshberg, CEO of Activision Publishing. “Well, we are about to bring that fantasy one step closer to life with Skylanders SuperChargers. We are reimagining toys-to-life by bringing race cars to life, along with helicopters, motorcycles, jet planes and submarines, as you race through Skylands and compete against other players for the first time. Our fans are going to love playing this game. I know I do.”

(Some epic screenshots below): 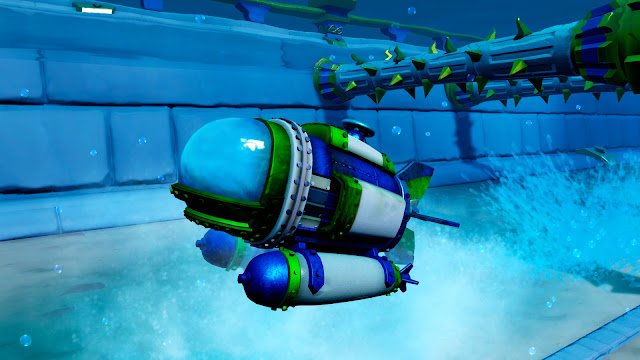 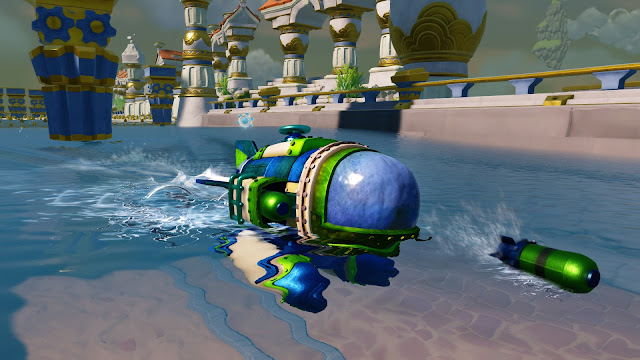 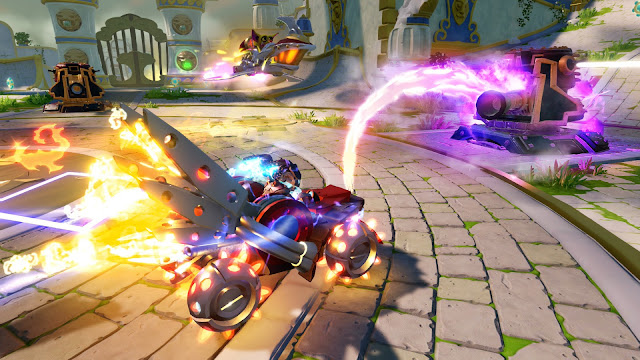 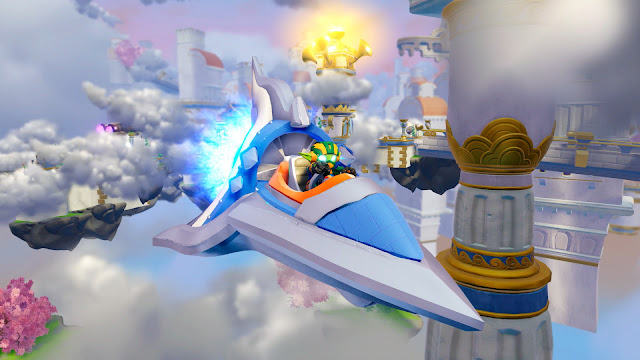 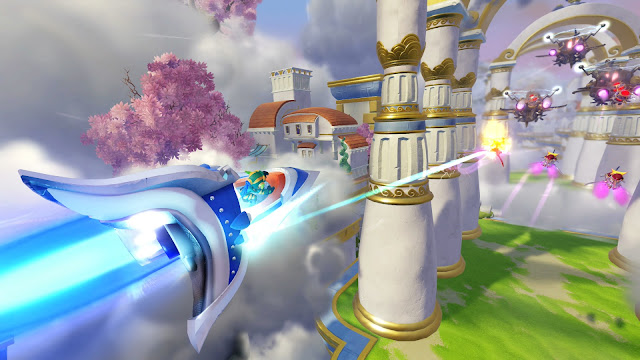 Developed by Vicarious Visions, Skylanders SuperChargers expands upon the franchise’s signature gameplay to introduce vehicles-to-life -- an entirely new way for fans to experience the magic of Skylands. The trailblazing innovation of Skylanders SuperChargers is realised when players take the helm of powerful, tricked-out land, sea and sky vehicles that are playable in both the physical and digital worlds in a high octane action-adventure videogame. Skylanders SuperChargers offers a rich story-driven gameplay experience filled with vehicle-based and on-foot adventures, combat, puzzles, mini games, activities and platforming, set within a variety of all-new compelling environments. The game features a brand-new class of heroes that is distinct with fresh moves, powerful attacks and all-new weapons.  SuperChargers also have special in-game abilities that help Portal Masters fight Kaos.  Twenty new SuperChargers character toys and 20 new vehicle toys will be available.  Right out of the box, the game also features an all-new Racing Mode that blends high-octane, supercharged racing with combat, accentuated by power-ups, boosts, hazards and more. 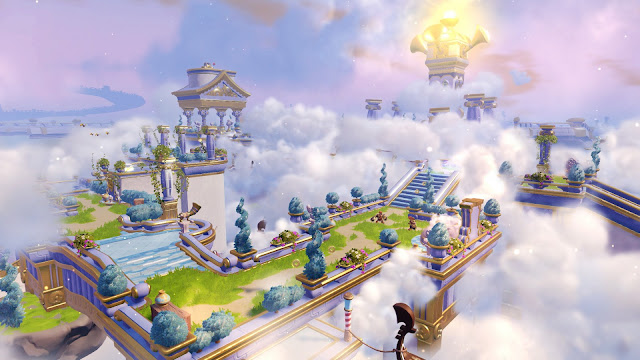 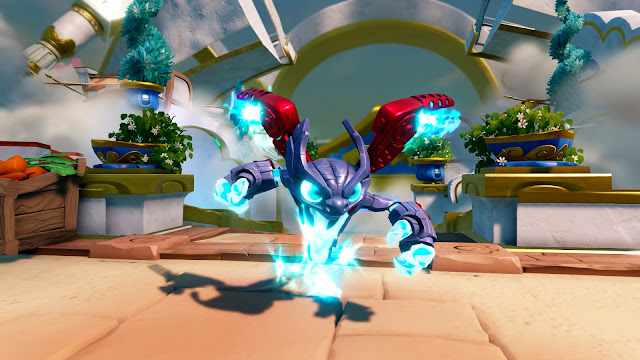 Skylanders SuperChargers is forward compatible with all 300+ unique toys from all previous games – Skylanders® SWAP Force™, Skylanders® Giants, Skylanders® Spyro’s Adventure and Skylanders® Trap Team. The game will be available on September 23 in Australia/New Zealand.
RRPs across all platforms:

The whole experience - the launch event or bloggers to celebrate this fantastic release - for Josie's Juice was nothing short of fun insanity!

We were treated to all the elements of the virtual game, but in real life.

And so: we met for a water view brekkie in Sydney, experienced the game for the first time (ALL the kids were very excited, having the Activision Australia folks on hand to answer any questions, enjoying the gaming ride of their lives, and positively loving it), and then we hopped on the bus and rode into the Sydney centre, where we were suited up for a wet ride on a jet boat (BEYOND fun! A real must whether you're a tourist or a Sydney sider).

Think spins at high speed, excited yelps from those on board, getting a little wet despite the ample coverings we donned. SO much fun! The highlight? Jet-boating it right under the iconic Sydney Harbour Bridge, again emulating the water action in Skylanders SuperChargers.

Next stop: back on the bus (see? All the elements were being covered: land, on wheels, and later... in the air!) and more gaming fun with Skylanders SuperChargers.

After grabbing sustenance for our next adventure, off we went by bus again and then... HELICOPTER RIDES!

Yes, we were whisked to Sydney Airport and we waited our turn to be taken on an helicopter adventure. And boy, was it an adventure!

Taking a ride over Sydney, encompassing Sydney Harbour, the beautiful Bondi Beach, Coogee, La Perouse, and all the gorgeous surrounding areas, we were utterly in visual heaven.

The team behind the whole day were completely exceptional, catering to every adventurous bone in our body, and knowing how to please a young and older crowd, while giving us a real taster of Skylanders SuperChargers.

A video crew was there to capture the whole day, and... IT. IS. EPIC.


Here are some more screenshots for you, and below, the details of the competition:

- Comment below on why you'd like to win this prize AND email me at josiegags@optusnet.com.au so I can contact you in case you are a winner. If you don't enter a valid email address I spend lots of time trying to track you down, or simply give the prize to the next person - not fun for anyone!

*Competition is open to Australian residents only. Winners will be drawn by end of November, 2015. 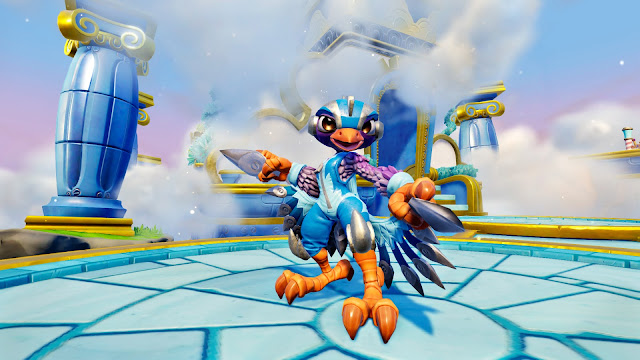 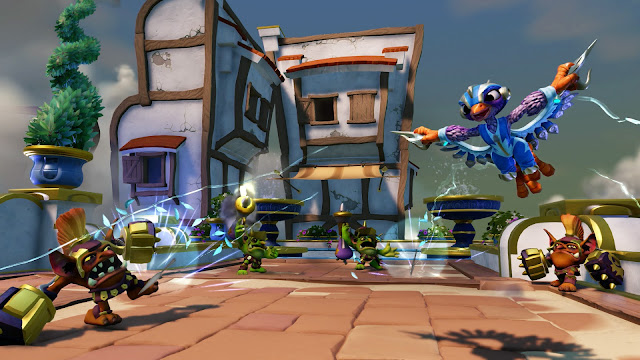