It's back! And it's the last one for the year!

The Good Food & Wine Show has been travelling around Australia, and is now ending with the Brisbane show.

George Calombaris is one of many faces at the event: 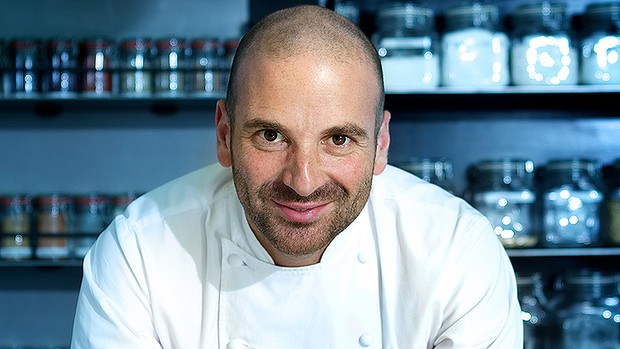 Read on as Josie's Juice is set to give readers the chance to win one of two double passes for the Brisbane show, in from October 30 to November 1. 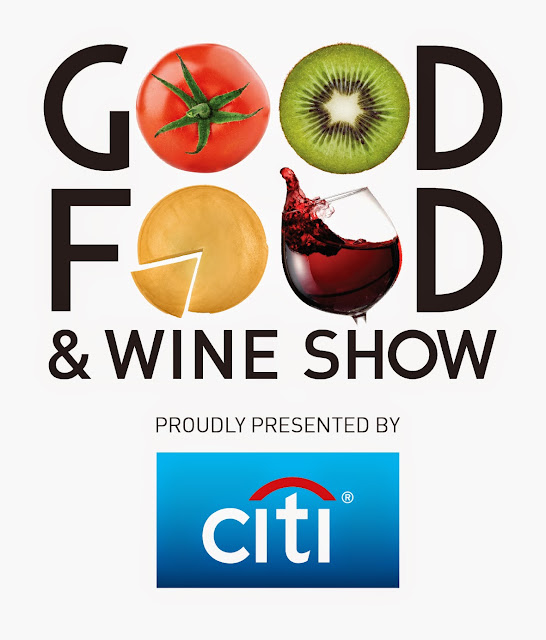 Sophie Radonic, Senior Marketing Manager, says it is great to have such a high-profile chef and personality as part of the show.

"Ainsley is immensely popular and we look forward to him coming to Australia to not only help us promote the shows via his debut at the Melbourne event but also to do some demonstrations in new and novel ways."

Ms Radonic said this year's Good Food & Wine Show program has been designed to get people thinking about how and why they use certain ingredients, not just the things they stock their pantry with.

"Showcasing the diversity of the food and wine culture in Australia - from family-run businesses to established artisan companies, our best local and interstate chefs and restaurateurs, and mouth-watering national and international street food, there's no doubt that anyone coming through the doors this year will be set for some fun.

"What's more, we are excited to announce that this year's program will not only be about giving visitors onsite experiences as we'll be taking elements of the program to the streets of each state to ensure no one misses out!"

"The Good Food & Wine Show continues to inspire Australians to celebrate good cuisine and this partnership is an important part of Citi’s support of the food and wine sector in Australia. Our partnership with food and wine events around Australia aligns with our popular Citibank Dining Program, which encourages our customers to dine out at hundreds of restaurants around the country."

With a particular focus on on-trend foods and beverages, and never-before-seen food experiences, this year’s shows will also feature a host of crowd favourites along with a number of new master classes*.

To purchase tickets or for more information, visit http://goodfoodshow.com.au/
More about Good Food & Wine Show:
Good Food & Wine Show is Australia’s largest consumer food and beverage show. Each year over 110,000 visitors head to the shows in Melbourne, Perth, Sydney and Brisbane to experience a day out where they can take home a new discovery to inspire their next foodie adventure.

Good Food & Wine Show is a forum for Australian exhibitors to join local producers and showcase their wares to industry leaders and highly engaged audiences.

Some of Australia's best and most unique brands repeatedly align themselves with the Good Food & Wine Shows and join a host of well-known celebrity chefs, unique features and master classes which excite and inspire those who visit the shows.

And Josie's Juice fave 'The Wog With The Grog' will also be attending the show. Go hunt him down for the best grappa (Nardini) and the best limoncello (Sovrano) and the best Italian wines and sparkling wines (Majolini).

To win tickets to the show, here's all you have to do:


- Comment below on why you'd like to win the Brisbane double pass AND email me at josiegags@optusnet.com.au so I can contact you in case you are a winner (so many people forget this step and don't enter a valid email address below, and I spend lots of time trying to track you down, or simply give the prize to the next person - not fun for anyone!)

(If you find it hard to comment below because your device won't let you - sometimes that happens on an iPhone, for example - simply send me your entry and address via email at josiegags@optusnet.com.au).

*Competition is open to Australian residents only.

Winners will have their tickets mailed, so comps for each state will close several days prior to the event.

Below is a list of who is at the Brisbane event:

Instantly recognisable with his warm smile and topknot, the SBS ‘Destination Flavour’ host and ‘MasterChef’ Series 2 winner is one of Australia’s favourite new cooks and commentators. His talent for creating Asian-inspired dishes with clean, fresh flavours also translates to print, where he is the author of three well-loved cook books. Articulate and witty, Adam always brings his own unique perspective to everything he does, including his popular food and culture column for The Wall Street Journal’s Scene Asia.

A much-loved chef and TV personality, Alastair was born in Ireland, classically trained in Europe, and has chosen to make Brisbane his home. His experience in the kitchen is extensive; he’s worked at Michelin-listed, high-profile and fine dining restaurants across the world. Alastair regularly writes for Brisbane News, presents on Channel Seven’s Queensland Weekender and Network TEN’s Ready Steady Cook, and he is frequently heard on ABC Radio. He recently launched Al’FreshCo, a catering company. Alistair is an ardent supporter of all things local, believing the closer you are to the source of your food the better it will taste and the smaller the carbon footprint you will create.

Co-host of MasterChef Australia, George has been awarded more accolades for his work than most receive in a lifetime. An internationally successful restaurateur, George owns five restaurants and has received many awards such as Chef of the Year (Age Good Food Guides), and featured in Top 40 Chefs of Influence in the World (Global Food & Wine Magazine) and also Top 100 Most Influential People (The Age Melbourne Magazine). George has also written cook books, including Greek Cooking from the Hellenic Heart.

Kirrily, aka Beer Diva, has spent 15 years working in beer. She has appeared on radio, TV, press and on stage at the Sydney Opera House, talking about everything from the ancient history of beer to beer gastronomy and busting beer myths (and there are plenty of those). She has trained at Ballarat University in Brewing & Malting, and judged at The Australian International Beer Awards and the Great British Beer Festival in London. Her company, Beer Diva, has hosted over 500 corporate and public events and also runs a bar staff training program. She is the Editor of BeerStyle.com.au and also the Vice President of Australia’s Pink Boots Society, supporting women in the beer industry.

Having worked for many years in various kitchens around the world, Miguel Maestre is one talented Spaniard who has made Sydney his home. At 27, he was the head chef of ‘Number One’, for the godfather of Australian cuisine Tony Bilson. After meeting Ferran Adria from the best restaurant in the world ‘El Bulli’, he opened the biggest Spanish restaurant in Australia – ‘El Toro Loco’. TV appearances include TEN’s The Living Room, Boys Weekend, and Miguel’s feasts. He is also the author of two best-selling Spanish cookbooks.

Founder of Bruny Island Cheese Co., Nick will be co-presenting the cheese masterclasses. Widely regarded as one of the best cheese makers in Australia, he is also an author, educator, media presenter and cheese judge. He has won many fellowships, awards and grants, including a Churchill Fellowship; is a regular judge at the British, New Zealand and Hobart Cheese Awards; and co-stars in the television show Gourmet Farmer. Nick is passionate about the importance of fostering artisan food and preserving the traditions of food and how it is made.

Nick has participated as a judge in many Australian and international wine shows and is a graduate of the prestigious Len Evans Tutorial. He’s a regular contributor to Gourmet Traveller Wine, Men’s Style Australia, and Adelaide’s Sunday Mail. Nick is excited by wines that are just as interesting at the fourth glass as they are at the first and would give it all up to play one game for the Port Adelaide Football Club.

Host of the popular TV show River Cottage Australia, Paul is known for his passion for sustainable and seasonal produce. Trained as a chef, he has worked in all areas of food production from growing fruit and vegetables, as a WWOOFer (Willing Workers on Organic Farms) in orchards, to wholesale markets, retail fruiterers and one of the country’s top restaurants. After a stint at Melbourne’s renowned Vue de Monde, Paul moved to Tasmania with the long-term plan of one day living off the land and generally leading a more sustainable life.

Sisters Sammy and Bella are your best friends in the kitchen. The fun and passionate home cooks inspire people to rediscover their family food traditions, be creative in the kitchen with their everyday recipe ideas, and share the joy of food with people they love. As the 2011 My Kitchen Rules winners, the dynamic duo keep busy with their catering businesses Sammy’s Burger Bar and Bella’s Feast.

Sarah is a New York Times best-selling author and blogger whose journalism career has spanned 20 years, across television, radio, magazines, newspapers and online. She’s the former editor of Cosmopolitan magazine and was the host of the first series of MasterChef Australia, the highest rating show in Australian TV history. Sarah is the author of the best-selling series of cookbooks from I Quit Sugar.com.