In TV news just in, actress Raechelle Banno is set to star in long-running Aussie soap 'Home And Away'.She will appear as a character named 'Olivia'. We think she's going to be HUGE!

In this article today in 'The Daily Telegraph', Raechelle is said to have been spotted smooching the show's 'bad boy' Hunter, who is played by actor Scott Lee.

The gorgeous Australian actress, who has an equally beautiful twin sister Karina, has already hosted her twin sister Karina on the show. And seeing as they are identical, you might mistake one for the other (story of their lives, no doubt), but it was when Karina was much younger so you'd be hard pressed to recognise her from that stint.

Indeed, it was Karina, also an actress, who posted this photo on her Instagram page, the news announced in 'The Daily Telegraph': 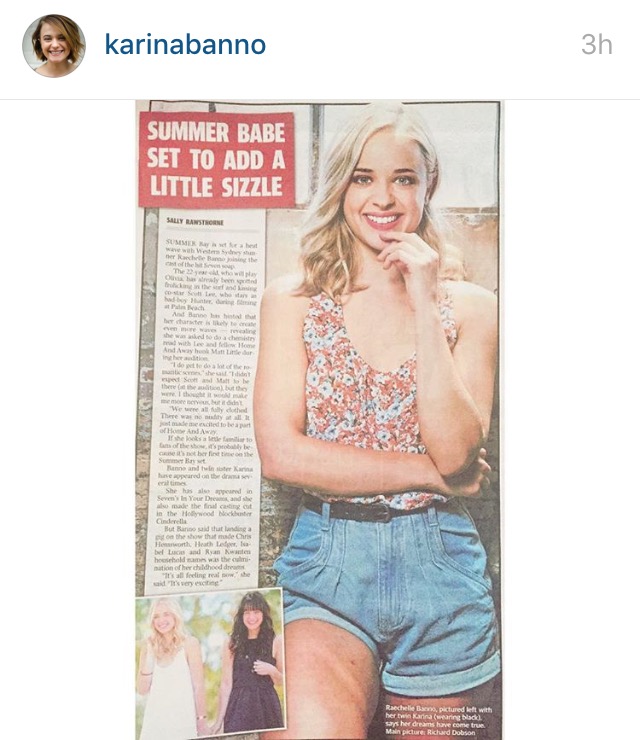 The beautiful 22 year old, who hails from Sydney’s west, previously appeared in Channel Seven’s 'In Your Dreams', and even made the final casting cut in Hollywood movie from earlier this year, 'Cinderella'. (You can see how that would be - she has the looks for that role).

And the gals (Raechelle on the left, and Karina on the right - I know... hard to tell the beauties apart!) at the recent Bonds 100th anniversary event: 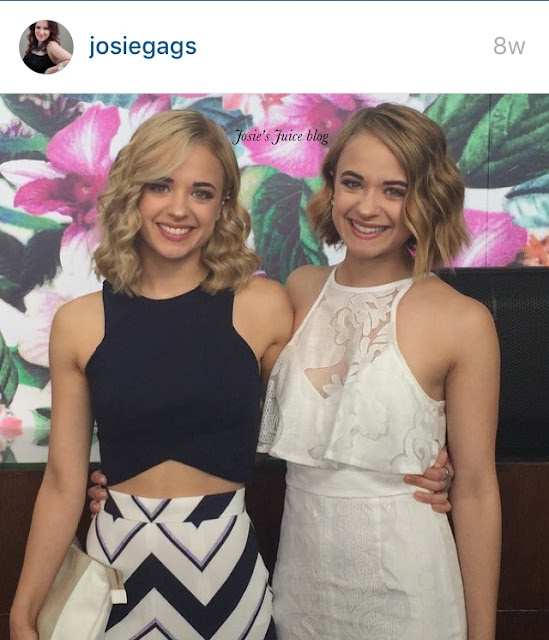 And the Banno ladies with yours truly (I have known the young women, and their older sister Stephanie, since they were babies, through my dear longtime school friend). 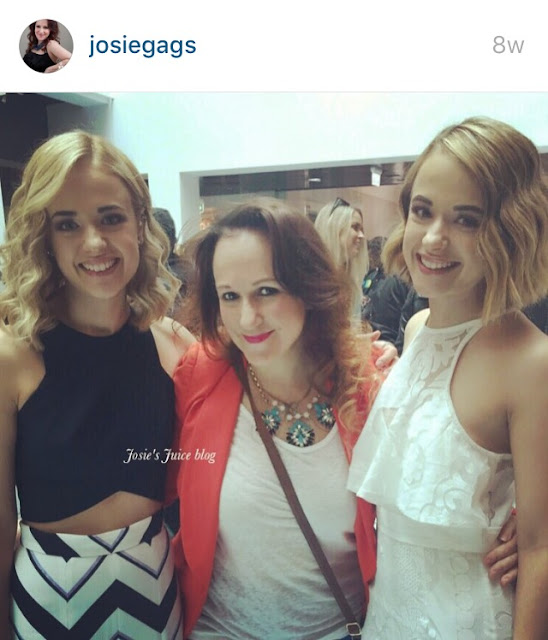 Look out for Raechelle Banno on 'Home & Away' from this month.

Email ThisBlogThis!Share to TwitterShare to FacebookShare to Pinterest
Labels: Australiana, Insight, This Just In, TV, Women