In BIG reality TV/news that has been making headlines today, Sam Frost from 'The Bachelorette' will now be joining Rove McManus.

After Rove recently announced his return to radio, on Sydney's 2DayFM, it was announced today - by the radio station's site Scoopla.

They said on their site: 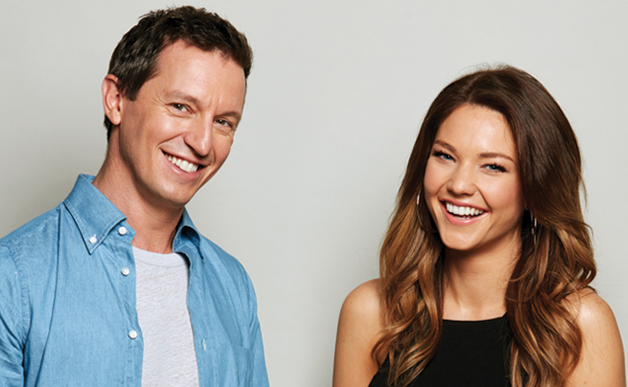 It’s true! Yep, our favourite Bachelorette queen, Sam Frost is set to join Rove McManus on Sydney’s 2DayFM.
From finding love on The Bachelorette (we love you Sash!) to joining the Sydney radio family, Sam Frost revealed she is “so excited” for the pair to debut their brand new show, Rove & Sam, from 6am Monday 9th November.
Speaking about Rove, Sam said, “He already makes me laugh so much, and is probably the only man, other than Sash, that I’m willing to get out of bed at 4am for."
Three-time Gold Logie Winner and all-round Aussie legend Rove McManus is more than excited to welcome Frosty as his co-host, telling us, "The first time I met Sam, she laughed one of her trademark snorts and knew everything was going to be ok."
“She also managed to put up with my hounding about who won The Bachelorette, and still didn’t tell me, despite how much we were hanging out. I’ve very pleased that she has accepted my radio rose.”
Stay tuned to the 2DayFM Facebook page for an exclusive behind-the-scenes look at the show, and don’t forget to follow them on Twitter, Instagram and Snapchat - @RoveAndSam.
Join Rove & Sam from 6am Monday, 9th November, only on 104.1 2DayFM!

Email ThisBlogThis!Share to TwitterShare to FacebookShare to Pinterest
Labels: Australiana, Radio, Reality TV, The Bachelorette, This Just In