So... the cast of 'Friends' (minus Matthew Perry - who could not be as he is currently running a play   had a reunion... but it was actually an NBC tribute to sitcom director James Burrows. Here is the (as best as I could get quality) video:


Some interesting tidbits about the show, as revealed at the reunion:
- the cast did not sign a contract saying they would not sleep with each other, according to Lisa Kudrow.
- in the early days of the show, the cast would watch the show together and give each other notes... something Courteney Cox picked up from Seinfeld.
- Lisa Kudrow, Jennifer Aniston, and Cox had lunch together every single day... yes, for ten years. They would eat the same food each day - a salad Courteney called a ”Jennifer salad.”
- it's well known that Aniston initially auditioned for the part of Monica, and Cox tried out for the part of Rachel.
- The cast loved filming the flashback episodes: when Monica was a bigger girl, and Rachel was yet to get a nose job.
- how could Monica and Rachel afford that Manhattan apartment? It was all down to rent control.
Here are some pics from the reunion: 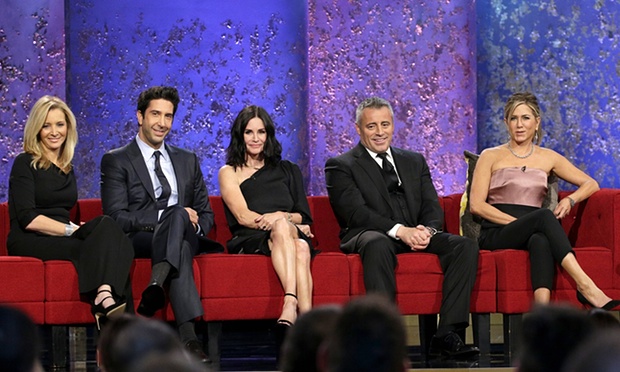 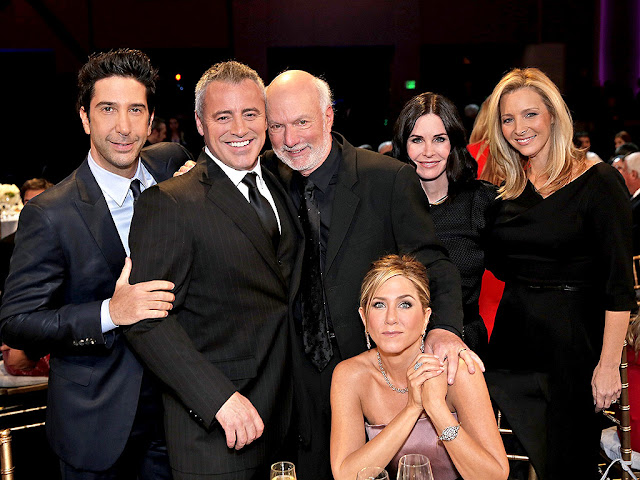 Email ThisBlogThis!Share to TwitterShare to FacebookShare to Pinterest
Labels: Americana, every, Pop Culture, This Just In