Kim Kardashian West has just shared the first photo of three month old son Saint, through her app and website. Here is the photo: 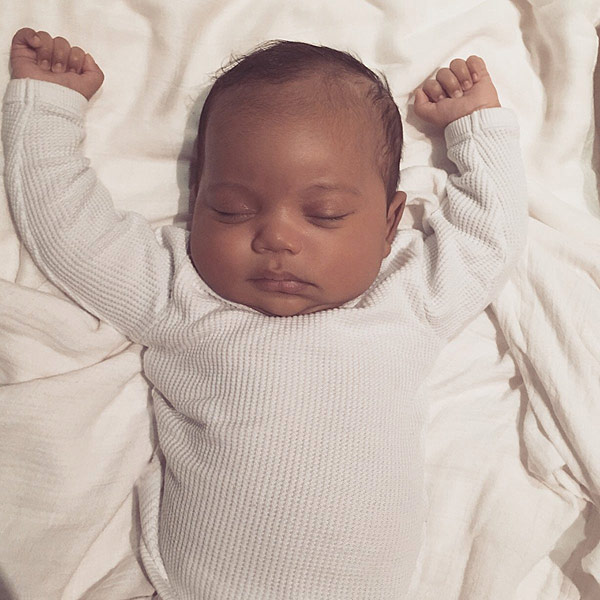 In cute pic, baby Saint - who is dressed in a white thermal onesie - is sleeping as he lays with his arms up in the air.
Says the caption:
Today is my dad's birthday. I know there's nothing more in the world he would have wanted than to meet his grandchildren. So I wanted to share this pic of Saint with you all.

Kardashian West, who gave birth to Saint on December 5, had previously shared a simple pic of Saint's hand around his big sister North's finger.
Kardashian West, 35, captioned that photo: “She said ‘He’s my best friend.’ ”
So there you have it folks. Super cute, I gotta say.
And now you can sleep... and I can go back to bed. (It's 1.30am in Australia, Tues AM).
Posted by Josie at 01:36

Email ThisBlogThis!Share to TwitterShare to FacebookShare to Pinterest
Labels: Babies, Celebrities, Everyone is talking about, Kardashians