Kylie, 47, revealed the upcoming nuptials with Joshua, 28, less than two days after he sent fans into a frenzy by calling her his fiancee. At the NME music awards on Wednesday, he was reportedly overheard referring to the singer as his fiancee.
At the same event, Kylie was seen wearing a sparkler on her engagement finger - and so, here we are. It's an engagement ring, folks.
A forthcoming marriage announcement was placed in Daily Telegraph beneath the names Mr JS von Sasse and Miss KA Minogue:
“The engagement is announced between Joshua, son of the late Dominic Sasse and of Mary Heale (nee Macauley), of Herefordshire, and Kylie, eldest daughter of Ronald and Carol Minogue, of Melbourne, Australia."
Kylie met her husband-to-be in September last year, and she has spoken publicly about their romance.
Here is a pic from the NME awards earlier this week: (photo credit AP). 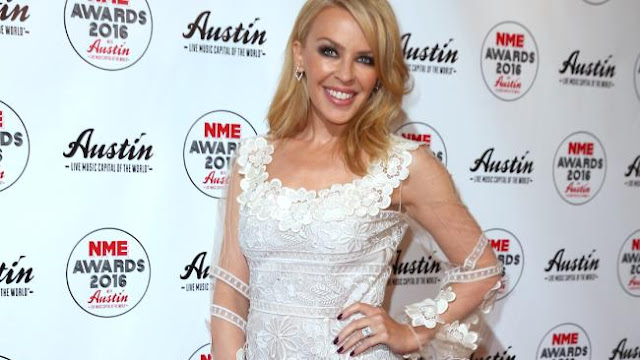 And a photo on Instagram from the night posted by Kylie:

And a pic posted by Joshua a week ago:

A wonderful night supporting my Lady and @princestrust - £2Million raised for Invest In Futures which campaigns to give the disadvantaged youth in The UK opportunity and much needed support & encouragement. Please, if you haven't looked up the work that the charity does across the country, do, & and see how you could partake, donate or spread the word. #princecharles @kylieminogue
A photo posted by Joshua Sasse (@joshuasasse) on Feb 6, 2016 at 12:17am PST