Rob Kardashian and his fiancée Blac Chyna have an announcement, you guys!

They have a baby on the way. Yup. 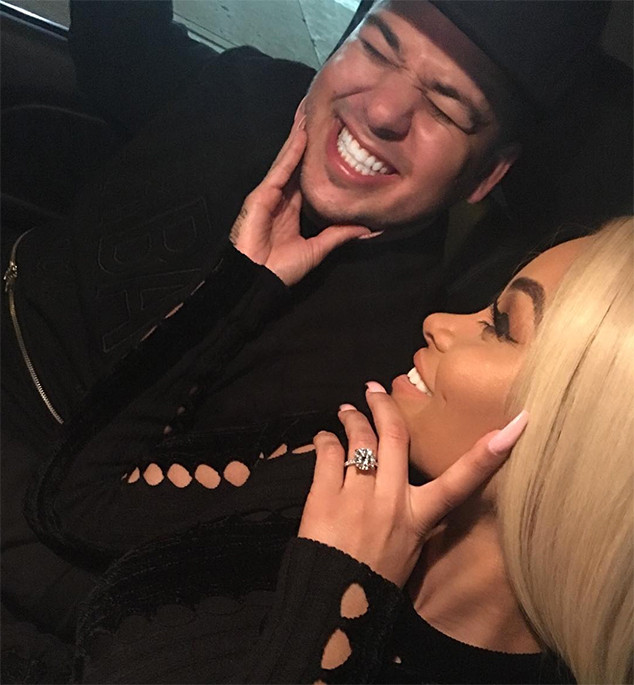 Rob made the news official when he shared a pregnant Chyna emoji on his Instagram. (By some amazzzzing coincidence, Blac Chyna happens to be launching her own line of emojis next week - the timing!).


According to reports in People, Chyna is mad because the Kardashians took control of the news (nooo... they do that?) and leaked it to the press without her. A 'representative' told the magazine:

"She would have preferred to have announced it on Mother's Day herself, but her hand was forced. [The] other half of her family leaked her story so she had to announce it. The only people that knew from Chyna's side [were] myself and Amber [Rose]. Her mother didn't even know. [Chyna's] moment was taken from her, which is really sad."

Asked whether Chyna is pissed that Rob's family stole her thunder, the rep said:

"It's the business. There's a TV show to promote."

Blac Chyna, soon to be Angela Kardashian, already has a child with Tyga, who is now dating her soon-to-be step-sister Kylie Jenner.

Get your head around THAT, people!

Oh, and in news just in: they already know the sex of the baby... apparently.

There's some more exciting news that Blac Chyna and Rob Kardashian have yet to reveal.
Shortly after finding out that the couple are expecting their first child together, E! News has learned that the pregnant star is due in the fall, and that the pair already know the sex of the baby! But they're going to announce that little gem of information in their own special way.
"They do know the sex of the baby and will reveal it soon enough," a source tells E! News, adding that the engaged couple, "are so happy about the news. Chyna wanted another baby and said if it happens, it happens."
Posted by Josie at 11:12

Email ThisBlogThis!Share to TwitterShare to FacebookShare to Pinterest
Labels: Babies, Celebrities, This Just In