Did you watch the '60 Minutes' story on Boy George, and his band Culture Club, tonight? 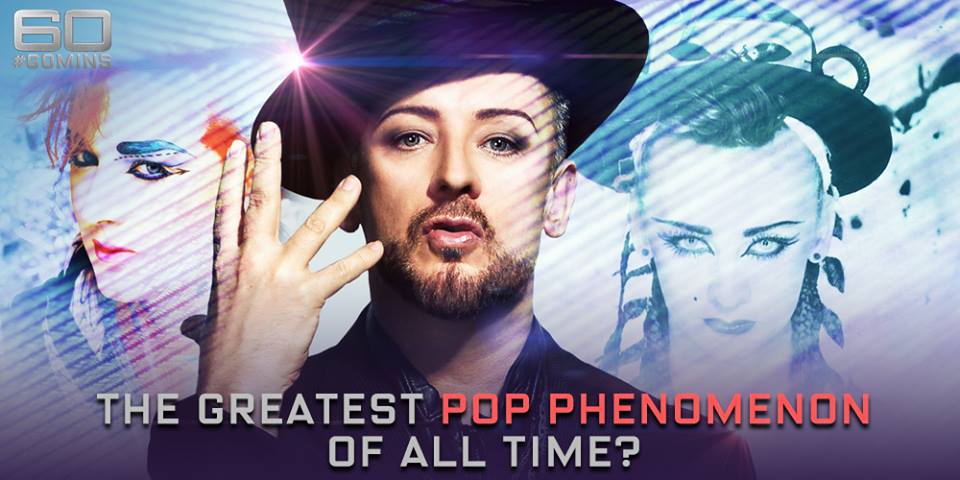 Here are some 'Extra Minutes'. Watch:

These days we should probably be calling Boy George Man George because he’s now been wowing – and wooing – his adoring fans for more than three decades. His is a singing and performing career which has soared to the dizzying heights of number one hit records and never-ending radio airplay. Boy George has also had some stumbles along the way, but hey, what pop star hasn’t made headlines for the all the wrong reasons? Now he’s getting the old band, Culture Club, back together for a worldwide tour that will start in one of his favourite countries, Australia.
The story reporter was Liz Hayes; the producer: Gareth Harvey.
To watch the full episode, visit 9Now
After more than 15 years, Culture Club are returning to Australia in June, for one time only.These shows will see the original line-up on stage: singer Boy George, guitarist/keyboardist Roy Hay, bassist Mikey Craig and drummer Jon Moss.
This tour is a once in a lifetime, must see event – be sure to get your tickets quickly here.
Were you a massive fan, back in the day? Would you go see them live?
Posted by Josie at 23:10