Janet Jackson will become a first time mother at age 50.

While she hinted at it in this clip below, posted a few weeks ago, where she announced she was postponing her comeback world tour, it is now confirmed.

First, here is that video:


Entertainment Tonight has reported that Jackson, who will turn 50 on May 16, and her husband Wissam al Mana are said to be delighted by the news.
She said in the video:
"We’re in the second leg of the tour and there actually has been a sudden change,” Jackson explained in a video posted to Twitter on April 6. “I thought it was important that you be the first to know. My husband and I are planning our family, so I’m going to have to delay the tour.”
“Please, if you could try and understand that it’s important that I do this now,” Jackson asked of her fans. “I have to rest up, doctor’s orders. But I have not forgotten about you. I will continue the tour as soon as I possibly can."
Jackson secretly wed Al Mana, 41, in 2012, but didn't confirm the news until early 2013. This her third marriage.
Here is a wrap up clip of her from Entertainment Tonight: 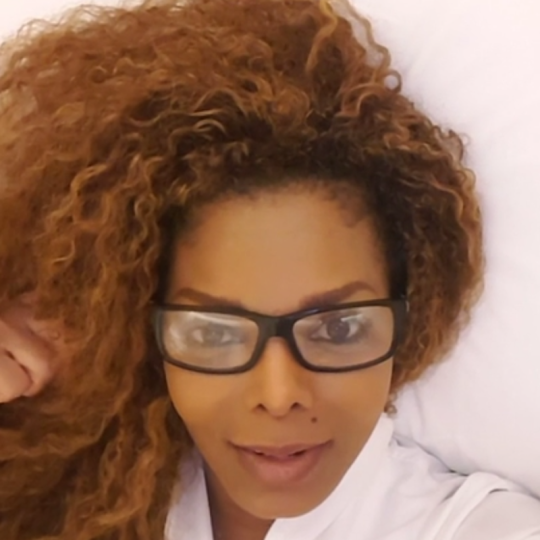 Email ThisBlogThis!Share to TwitterShare to FacebookShare to Pinterest
Labels: Celebrities, This Just In