This sad story - I can't recall a sadder one - just in: American country music star Mindy McCready has died at age 37. 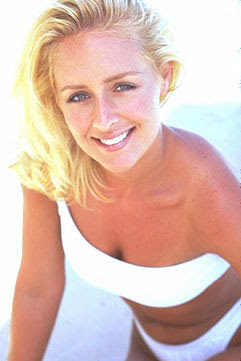 The singer was found dead outside her house in Heber Springs, Arkansas by what is being described as "a single self-inflicted gunshot wound".

"Ms McCready was pronounced dead at the scene from what appears to be a single self-inflicted gunshot wound," the statement said.

Earlier this month the singer was court-ordered into rehab and her children were placed into foster care - the judge said McCready may be suicidal.

McCready was said to be struggling to come to terms with the death of her music producer boyfriend David Wilson, the father of her youngest son - who died in January from an apparent self-inflicted gun wound.

She has previously suffered with substance abuse and appeared on US reality show 'Celebrity Rehab.'

Before that, McCready's ex-boyfriend Billy McKnight, was arrested and charged with attempted murder after beating and choking her. She told People magazine she had cut ties with her abuser, and soonafter she was found unconscious in a hotel lobby, after attempting suicide. After being hospitalised for a drug overdose she later found out she was pregnant with McKnight's child, and she attempted suicide again by overdosing on antidepressants. She soon gave birth to their son, Zander. Later again she had attempted suicide.

Here is one of the songs she is famous for: