If you looked up 'media saturation' in the dictionary you'd surely find a (watermarked) photo of the James Packer/David Gyngell fight, which happened on Sunday in Sydney's Bondi. The fallout has been everywhere.

At the time, I recall lazily scanning Facebook for headlines as I sat on a hospital bed for my mum's emergency admission. She was stable, but the day before was her first full day in hospital, which was upsetting because a) her life-threatening blood disorder was back. And b) I'd missed out on the second annual Homicide Victims Against Support Group 'Walk Against Violence' walk across the Harbour Bridge. 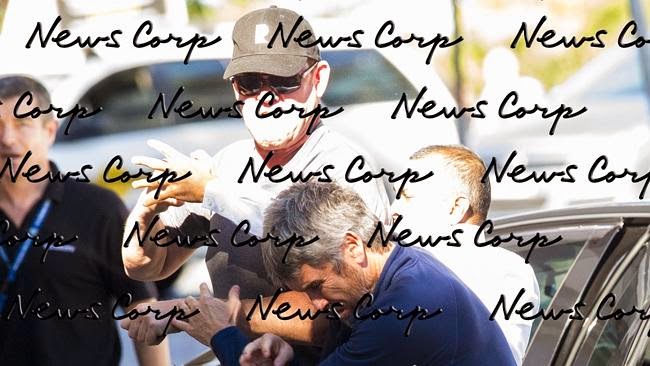 Thing is, I hesitated on posting something I'd written on this blog because… the two elements of my last 24-48 hours didn't add up to me wanting to report on the story in a sensationalistic manner. There I was wanting to take a stand against violence for people who have lost family members to violence (I was introduced to the walk by the Zammit family, who had lost their son Doujon in a violent attack in Greece). And then, writing about the Packer/Gyngell fight in the same Australian 'banter' voice which most columnists had done just didn't make sense to me.

And then I thought of Claudia McEwen. The brother of Doujon, Zeake Zammit, had introduced me to Claudia and I was arranging to interview her for Josie's Juice. Claudia is the director of Wake Up Foundation, established by Claudia and Laurence Murray in the months after her brother and his close friend was attacked in an unprovoked assault in Bondi.


Michael McEwen, 23, was assaulted by three men in the early hours of 14 December 2013. He underwent three brain surgeries and spent eight days in a coma. After waking from his coma, Michael spent another two weeks in hospital. He was then moved to a rehabilitation centre to continue his recovery.

His family and friends watched hopelessly as he lay in the coma, unsure of how he would wake up.

While Michael, recovers Claudia and Laurie are working towards wanting to see a cultural change in the attitude of young people towards alcohol and violence. It has become apparent to them that all young people are at risk of harming themselves and others. Indeed, the sole mission of Wake Up is to change the violent drinking culture that young people are becoming accustomed to.

They say on the site: "Basically, we just want everyone to enjoy a good night. Keep your mates safe. Make good memories, not ones that will haunt you.

And then, this Packer/Gyngell punch-up went down. And Claudia was keen to write a piece about the very event which disturbed me, and was at odds with this spotlight on 'coward punch' and 'one punch can kill' media campaign.


So, Claudia wrote this piece for 'Josie's Juice.'

Read it and see what it feels like for someone who was so close to an horrific attack on a family member to witness what we have seen in the past few days. It's likely to be viewed from a different perspective to yours.

"Not far from where my brother was assaulted, James Packer and David Gyngell (two of the most powerful men in Australia) were trading blows on the footpath of Sir Thomas Mitchell Road. The same day, a 21 year old man died from a one punch assault in Minchinbury.

Channel Nine have been strong advocates of the “One punch can kill” message since Thomas Kelly was punched and killed in 2012. Our family appeared on the Today show and 60 Minutes. The Today show helped us launch our Wake Up campaign.

James Packer’s black eye shows that David Gyngell (CEO of Channel Nine) clearly doesn’t comprehend that a punch to the head can do serious damage.

What disturbs me most about this is the excessive media coverage surrounding the Packer-Gyngell altercation. It was reported that photographs of the incident sold for over $200,000.

Every newspaper, news and radio station have been covering the story for the last few days. It really shows that Australia is obsessed with and fascinated by violence. Not to mention the message it is sending to young people. Two educated successful men coming to blows on a public pavement sends the message that this is an acceptable and normal way of resolving your issues with someone.

Meanwhile the death of 21 year old Raynor Manalad has gone virtually unreported. Raynor was punched once in the head at a house party in Rooty Hill and died a day later. The 21 year old nursing student had his whole life ahead of him.

His alledged attacker, Hugh Garth, has been charged with assault causing death while intoxicated. He will be the first person to be dealt with under the NSW government’s new one punch laws. If he pleads guilty he will face a minimum prison term of eight years and a maximum of 25 years.

The two events reinforce the need for Australia to Wake Up. We will continue campaigning to change young people’s attitudes towards violence. However the task is made immensely more difficult when we are bombarded with images such as those of the Packer-Gyngell altercation."