In sad TV news in, Network 10's breakfast show 'Wake Up' has been axed. 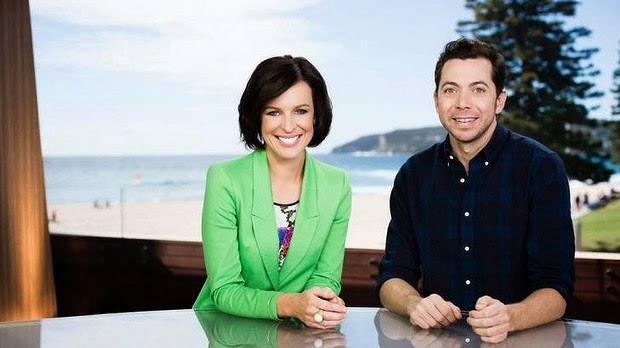 Network 10 announced that the show - as well as its early morning and late news bulletins - will finish up on Friday May 23.
It's a shame - I think Natarsha Belling and James Mathison were doing a stellar job. I (Foxtel) IQed this show daily and loved the banter, the style of stories, and the fdun chemistry between the duo.
When the show first started, Natasha Exelby rounded out the team. Within weeks, she was removed from the show's line-up, and executive producer Adam Boland collapsed, suffering mental health issues, during the show’s first week in November last year.
Adam then resigned due to ill-health on 23 January 2014, less than three months later.
The show carried on with fab guests and stories, and the camaraderie between Natarsha and James was evident.
It's always very sad when people lose their jobs - it has been reported that up to 150 people have lost theirs today - and it's worth remembering that before we all become experts on 'what works' and 'what doesn't' on TV… these people put their heart and soul into the show, and it showed.
Here are some of the most-watched segments online from the show:
Posted by Josie at 16:39