Have you fallen in love with Sia's new song 'Chandelier' like the rest of the world?

Ellen is now under the spell of Australian singer (she's from Adelaide) Sia and her song, having her perform on today's show.

And here is the original video clip for the song. Maddie - the young dancer in the video, from US show 'Dance Moms' - is as mesmerising as the song.

The story behind Sia's refusal to show her face?

In an interview last year with Billboard magazine, she says that suffered burn out from her solo career, which began in 1997. She wanted to stop recording under her own name and just write for others.

She co-writes for Rihanna, Katy Perry and David Guetta; does guest vocals with Guetta and Flo Rida; and appearances on 'The Great Gatsby' and 'The Hunger Games: Catching Fire' soundtracks.

She reveals in the article that her decision to step away from the limelight was borne out of a need to protect her mental health: for years she battled an addiction to painkillers and alcoholism while struggling to cope with the pressures of public life.

“All I wanted to do was write for pop stars. For one reason or another it never happened for me. Then I got seriously addicted to Vicodin and Oxycodone, and I was always a drinker but I didn’t know I was an alcoholic. I was really unhappy being an artist and I was getting sicker and sicker,” she told Billboard.
Today, instead?
“I get to sit at home with the dogs on the sofa, record in a closet in the office, send them off and, if I’m lucky, make a million dollars,” she says.
Sia’s forthcoming album '1000 Forms of Fear' is out in July. 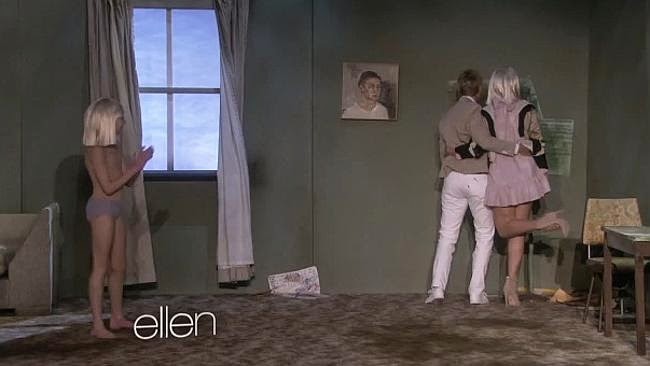