Following that shocking footage of Beyonce's husband Jay-Z and and her sister Solange physically fighting in leaked elevator camera footage (still shocked someone got their hands on that - then released it), Beyonce has finally released a statement addressing that Met Ball after-party incident. 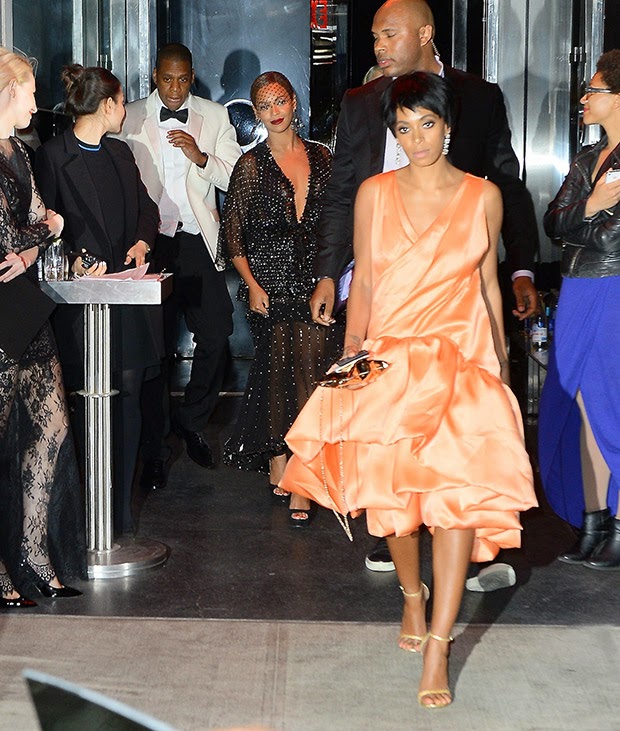 "As a result of the public release of the elevator security footage from Monday, May 5th, there has been a great deal of speculation about what triggered the unfortunate incident. But the most important thing is that our family has worked through it," read the statement, released on Thursday to The Associated Press. "Jay and Solange each assume their share of responsibility for what has occurred. They both acknowledge their role in this private matter that has played out in the public. They both have apologised to each other and we have moved forward as a united family.

It went on: "The reports of Solange being intoxicated or displaying erratic behavior throughout that evening are simply false. At the end of the day families have problems and we're no different. We love each other and above all we are family. We've put this behind us and hope everyone else will do the same."

On Wednesday, Beyonce also posted four pictures of her sister, Solange, to her Instagram account. The first was captioned, “Good morning!”. The rest were left blank.

Various news sites - including MailOnline - suggested it was Jay-Z's plans to attend Rihanna's Met Ball after-party alone that sparked fight. NY Daily News is reporting that the fight was actually over designer Rachel Roy, not Rihanna, and that both would be at RiRi's after-party. And that Solange was seen yelling Rachel at the Met Ball after-party.

That's a whole lotta after-parties to worry about… and no mention of the fact that violence - from woman to man, or man to woman - is despicable and unacceptable.

Email ThisBlogThis!Share to TwitterShare to FacebookShare to Pinterest
Labels: Celebrities, Everyone is talking about, This Just In