The fans, critics, curious folks and movie aficionados have spoken - and have made the just released 'Fifty Shades of Grey' a record breaker. Here is the just-in media release on the whole juggernaut: 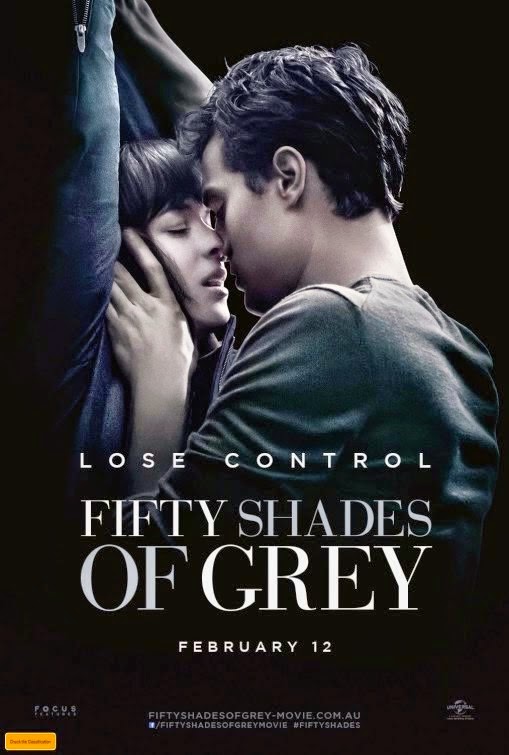 Fans across Australia have flocked to cinemas in record-breaking numbers for the opening day of FIFTY SHADES OF GREY with the film grossing over $2,506,663 at the box office yesterday. This surpasses the opening of both SEX AND THE CITY films, the first TWILIGHT film, the first HUNGER GAMES film and even the biggest Bond film of all time, SKYFALL.

This places FIFTY SHADES OF GREY as the biggest February opening day of all time and the biggest opening day for an MA rated film in Australia, surpassing The Hangover 2.

There was no stopping eager fans who lined up at cinemas across the country for their chance to finally meet Christian Grey and Anastasia Steele on the big screen with hundreds taking to social media afterwards to express their satisfaction.

Fan anticipation hit fever pitch in the lead up to the film’s February 12 release with premium cinema offerings selling out weeks in advance. Last night saw the largest and fastest-selling Chicks at the Flicks event take place with over 20,000 women attending the events at Event, BCC, Greater Union and Village Cinemas nationwide.

FIFTY SHADES OF GREY’s  opening day represents an extraordinary 74% market share of the Top 10 films  at the Australian box office and Universal Pictures’ widest ever release in Australia with the film playing at 277 locations and 523 screens nationwide.

Those curious to see Fifty Shades of Grey this Valentine’s weekend are advised to book now, with cinemas adding extra sessions to keep up with the unprecedented demand for tickets.

And there you have it, folks!

Here is the official movie trailer:

Email ThisBlogThis!Share to TwitterShare to FacebookShare to Pinterest
Labels: Australiana, Everyone is talking about, Men, Movies, Pop Culture, Sex, This Just In, Women