And here we go again.

A fresh new round of discussion on choosing the gender of your baby.


In news announced today, laws to allow parents to choose the gender of their baby to balance the sexes in their family may be introduced after a review by the National Health and Medical Research Council.
Currently in Australia, it's already possible for families with a risk of genetic abnormalities to choose the sex of their babies, but other couples have been forced to travel to countries where pre-implantation genetic diagnosis (PGD) is available.
The process – which is currently illegal in Australia – has seen families pay up to $50,000 to get the sex they want in a baby by travelling overseas, and in most cases, it seems a girl is the genre which is more highly sought.
Now, going to Thailand or America to essentially 'buy' your selected sex may be a thing of the past, with the National Health and Medical Research Council considering changing the rules in Australia.
The MHMC has opened its consultation draft to public comment and is looking primarily for feedback on sex selection for non-medical purposes – along with the idea of compensating women for donating their eggs and the establishment of an Australian egg donor bank.
In Australia it is already possible for those families with a risk of genetic abnormalities to choose the sex of their babies.
See the whole document and PDF here.
In a nutshell, it says:
The National Health and Medical Research Council (NHMRC) has today opened public consultation on draft changes to the clinical practice section of the Ethical Guidelines on the Use of Assisted Reproductive Technology in Clinical Practice and Research, 2007.
Assisted Reproductive Technology (ART) is the application of laboratory or clinical techniques to human eggs, sperm or embryos for the purposes of reproduction. Compliance with these guidelines is a key part of accreditation for all Australian ART clinics.
The draft guidelines provide ethical guidance on issues such as:
Key draft changes to the guidelines include:
The revisions were informed by feedback received during a public consultation on the guidelines, conducted last year.
Feedback is sought on the entire content of the draft guidelines. The following issues have been highlighted for specific comment:
NHMRC CEO Professor Anne Kelso said, “As Assisted Reproductive Technology becomes more sophisticated, it is important that NHMRC continues to provide guidance that takes into account changes in technology and community sentiment.”
“Public consultation is an important part of the development of all NHMRC guidelines, and it is especially valuable in this field where our guidance has implications for many families around Australia.”
The review of the guidelines is being overseen by the Australian Health Ethics Committee, with advice from NHMRC’s ART Working Committee. Membership of this working committee includes experts in ethics, law, religion, reproductive technology and consumer issues.
The deadline for submissions to the public consultation is 17 September 2015. Further information is available on the NHMRC Public Consultation website.

The NHMRC’s Australian Health Ethics Committee chair Ian Olver said it was time to question whether it should be allowed for non-medical reasons such as family balancing.
The NHMRC found the debate “would be enhanced through the exploration of some of the complex ethical and social issues raised by non-medical sex selection, through the use of illustrative case studies”.
Case studies such as family balancing, the replacement of a child, whether they want the same sex or a different sex; or other borderline medical reasons, such as where a couple has a boy with autism and believes there would be less chance of their second child having autism if it was a girl.
I wrote a piece which I felt very passionate about a few years ago, on the (now defunct) news website 'The Punch'.

At the time, I said:

"So when a woman announced recently (curious that she broke such a deeply private story herself; otherwise, how else would we have known about it?) that after having three sons she was ‘desperate’ for a girl and was willing to turn to the medical world for help, I understood. I found myself quietly nodding in agreement. As a mother of twins - a boy and a girl - that secret lifelong desire to have one of each was fulfilled the day we were blessed with a ‘pigeon pair’. Suddenly, nothing was missing any more. It was a total fluke, of course (and I must admit to cringing when people say we were so ‘clever’) but I couldn’t have planned it better if I tried. These are not the words of a smug mum. No, these are words of utter relief. Utter relief we could even have kids after trying for a year.

I had the twins at 35 (three weeks shy of 36) and I knew that if I’d had one baby, we’d have to start to whole conception process again before our baby turned one or two if we were to beat both our biological clocks. We’d always discussed having two kids and we knew time wasn’t on our side. So, having two at once – be it a boy and girl, or two of each – allayed the imaginary deadline in our heads.

So, back to the woman desperate for a daughter. By that evening the story broke, I found myself shouting at the telly. Why? Because this woman – who was flying to a Bangkok clinic and spending $15,000 to undertake a gender selection procedure illegal in Australia – was the latest victim in the courtroom of public opinion. News polls indicated that the majority disagreed with her decision. Some reader’s comments on news pages were particularly awful, with such words as ‘ungrateful’ and ‘greedy’ being used to describe this woman.

Some people have said she is “playing God” by choosing the sex. Again, I disagree. Wasn’t that the same argument wheeled out when IVF was introduced decades ago? Would you deny a woman the opportunity to experience the joy of having a baby because she had challenges with fertility, because she couldn’t do it ‘naturally’? So why does using a medical advancement like this one rile people up so much?

It’d be so very easy from the fortunate position I sit in to say, no, you should just be happy you even have children. Some people can’t. Yes, I understand that argument too. Boy, do I get it. On a recent Practical Parenting blog I wrote titled Ten Things I Hate About Motherhood, one mother who’d had multiple rounds of IVF, many miscarriages, and was now rendered infertile told me in no uncertain terms that I was ungrateful to hate anything about motherhood and she’d give anything to have poo smeared on her carpet (you’d have to read the blog for that comment to make any sense).

Make no mistake. This should not be a forum for arguing fertility versus infertility. Everyone gets we are lucky to even conceive, even carry, even give birth to a live, healthy human being. If I had the choice of having four girls or no children? That’s not even a question for me; the answer is an obvious one. Would I have loved my twins any less if I had two girls or two boys? Are you serious?

You can read the whole thing HERE.

What are your thoughts?

I am very clear on mine.

Do as they please. Use technology to access what they desire.

Just as couples trying hard to conceive and failing to, turn to assisted reproductive methods,.

Just as gay couples use a surrogate to create their long desired family.

Just as early menopause candidates turn to another woman donating an egg.

Just a gestational carrier who grow their child in their body... all of these have one thing in common.

When I first wrote this story, then wrote another version on a parenting site, I was mostly slammed. It didn't bother me. When women who were having huge troubles conceiving said that women should be grateful to even have babies at all, I told them they were missing the point, and the argument was deemed invalid in my eyes... two totally different scenarios.

IT IS NONE OF YOUR BUSINESS, IT IS NOT HAPPENING TO YOU.

ALSO, THEY ARE NOT 'PLAYING GOD', AND GUESS WHAT, YOU ARE NOT GOD EITHER.

There, I said it.

Let the mud slinging begin. It's okay, bring it. I can handle it.

And for the record: my twins were NOT IVF. It happened 'naturally', a total fluke. It's just that I feel for anyone with a medical challenge and I am always happy know medicine can help people live the lives they want.

But wait, wait... first, watch this. And then tell me how it is your business to decide: 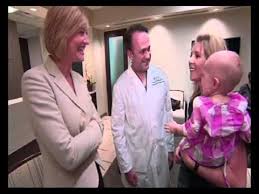 Email ThisBlogThis!Share to TwitterShare to FacebookShare to Pinterest
Labels: Controversy, Parenting, This Just In