Mention the word Scientology and it sure can polarise just like that.

But what if the story of what Scientology is really like - in the inner sanctum - was recounted by someone who actually lived it and followed it. 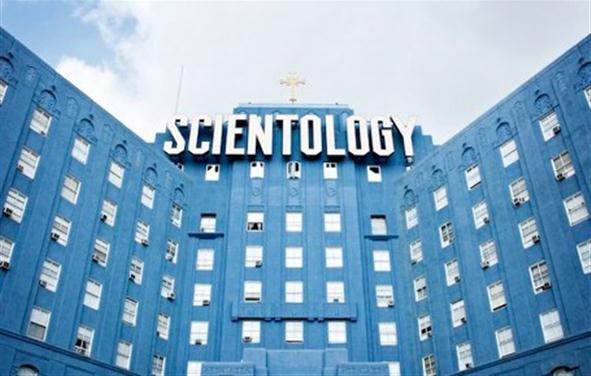 This is that story. Read on:

"I love telling people that I am a fourth generation Scientologist. I especially love it in social situations where someone has launched into a diatribe against Scientology in front of a big group. Just the look on their faces after I tell them is like chocolate for my soul. I definitely don't take personal offence to their ignorance; I just love their awkward stumbling to save face when I pretend I do and test how much they really know.

This is not to say I myself am not ignorant of other religions. I don’t understand Ramadan or Lent (I don’t even know if they are meant to be capitalised). I’ll never understand why it truly matters if the Sabbath is on a Saturday or a Sunday. I think that if there were a God, surely he’d just be happy that they’re dedicating a full day to Him. Of course I question Mary’s virginity and wonder how others can’t. I don’t know what makes Good Friday, Good Friday and why you aren’t supposed to eat meat, or the difference between Easter Sunday or Easter Monday – except that on Sunday mum used to hide eggs in the garden for us to find. As for Pancake Day, I can definitely understand Pancake Day. Why shouldn’t a whole day be dedicated to pancakes? In fact, why shouldn’t a whole religion be dedicated to pancakes? Now that makes sense to me, but I have no idea what it has to do with Christianity. Come to think of it, I don’t even know exactly what Christianity is (does it encompass all religions that believe in Jesus?). Having said all that, I would never disbelieve a religion based on things I’ve seen on Today Tonight or read in magazines. I actually don’t believeany information I gain from those sources. Brad and Angelina had had their first biological daughter before I believed they were together.

Some people might find the way I grew up a little odd. My first school was a Scientology school and I was there until year three. The Athena School was K – 10 with 99 students in total and now all that’s left of it is a sandstone shopfront in Sydney suburb, Tempe. Many classrooms were adjoining so we would have to walk through others’ lessons to get to our own. We weren’t allowed chocolate (forward thinking considering how fat we are all getting these days), we called our teachers by their first names and the best class for each week received a framed photo of L. Ron. Hubbard to hang in their classroom. Each week we wrote and decorated our very own “Success stories” based on the great things we had done that week.

When it came to practicing Scientology, I didn’t go to church; I went to events - massive galas announcing ‘wins’ for scientology. The one that stands out most was the 1993 event in which it was announced that Scientology had been officially made a religion. To this day people still wonder how it is a religion when it doesn’t have a God, per se. Worse still, many believe L. Ron. Hubbard claimed to be God Himself. The thing that I find most inspiring about this religion is that it accepts people of any denomination. Scientology’s focus is on the self. In essence, we are our own Gods. Just as in Buddhism - which I find to be the closest linked belief system to Scientology – we are all God. Everything has a life force; everyone is someone; everyone is connected.

Scientology does not threaten a fiery hell, though it does have Karmic principles. There are no commandments, just 21 moral suggestions for being the best person you can be, called The Way To Happiness:

So basically, everything that your parents, grandparents, bosses and teachers told or encouraged you to do. (Little fact: written in 1980, The Way To Happiness has been distributed in over 2,250 prisons worldwide.)

When I was young, I didn’t say prayers; I said postulates. I was taught to picture what I wanted with my day, with my year, with my life, for dinner, and just have faith it would eventually come. It’s funny that 16 years before the bestselling book The Secret was released in 2006, I was a six year old already practicing what this book suggests – you are a product of your thinking – because that is the foundation of Scientology. It’s about owning your situation. It’s about changing your thinking and changing your situation for the better, as well as helping those around you. After all, a planet packed with people who think and act negatively will negatively affect all of us. On a small scale, have you ever noticed how a mood can change in a room with a negative or resentful person? Put this on a larger scale and multiply it by seven billion. Scientific experiments continue to move closer to proving that global awareness shifts affect our planet’s magnetic fields with particular attention paid to the week post-9/11.

I no longer call myself a Scientologist. Not because I don’t agree with the belief system, but because I don’t feel that religious labels are necessary. I meditate like a Buddhist, I exclaim to ‘My God’ when I am surprised and I am one of the best Christmas present wrappers in the world. I eat organic and clean food like a Seventh Day Adventist, I don’t do anything on Sundays (because I don’t want to) and I treat others how I would like to be treated. I like the idea of taking my kids to church on Christmas, and they will get their Easter egg hunts, too. I don’t need to label myself because there are so many good ideas out there that I don’t need to say I belong to any of them but I definitely give thanks for many of them - especially Scientology. They used to think the world was flat until it was proved round - I feel the same way about religion.

Tell us, what do you think about Cass's story? Can you relate, but in the context of your own faith? [ie, feeling alienated by others based on your choice of religion?]. Share here.
You can - and should - follow Cass on Twitter here: @quickdrawmegraw
And read the rest of her entries here: http://littleskribbles.blogspot.com.au/
Posted by Josie at 00:26