Breaking news in the Angelina Jolie and Brad Pitt break up:

Brad Pitt is under investigation by the LAPD and L.A. County Dept. of Children and Family Services for allegedly getting verbally abusive and physical with his children, and that's what triggered the divorce ... TMZ has learned.
Sources familiar with the situation tell us, Brad, Angelina and their kids were on a flight last Wednesday when he allegedly got wasted on the private jet. He allegedly went wild, screaming and getting physical with the kids.
(Photo: Getty) 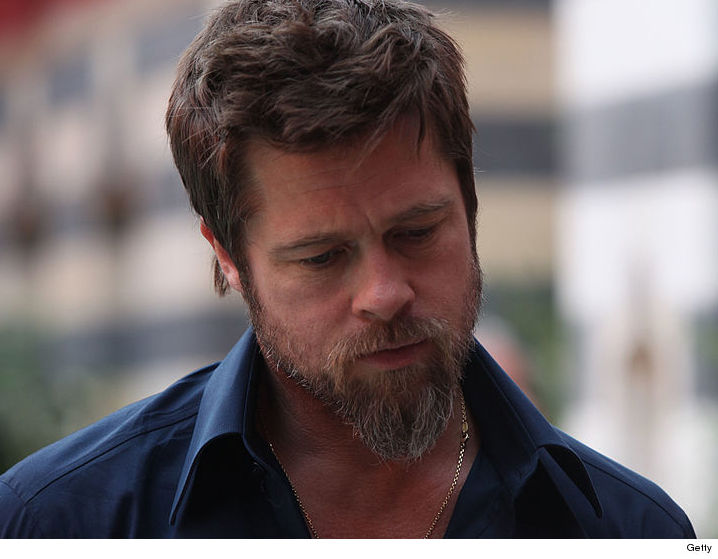 We're told the plane landed at an airport around 8 PM, and witnesses say Pitt continued his rant on the tarmac, and even tried leaving in one of the fuel trucks.
Our sources say someone either on the plane or the tarmac anonymously reported the incident to the L.A. County Dept. of Children and Family Services. We're told Brad and Angelina have already been interviewed and DCFS plans to interview the kids as well. That investigation is ongoing.
We're also told the LAPD has the case ... which is routine when anyone reports child abuse. We do not know the specifics of the alleged abuse ... just that it was supposedly both verbal and physical.
Our sources say this incident triggered Jolie to separate from Brad the next day and file for divorce just days later.
A source close to Brad tells TMZ, "He takes the matter very seriously and says he did not commit any abuse of his children," adding, "It's unfortunate that people involved are continuing to present him in the worst possible light."

See the original report here.
Posted by Josie at 21:41