Did you watch 'The Case of: JonBenet Ramsey' on Channel Nine (Australian TV) last night?

The deciphering of the inaudible part of the 911 call from JonBenet's mother Patsy to emergency was edge of seat TV.

Here are some backgrounder interviews:


After sifting through all the evidence available, and conducting interviews with some of the key people involved in the JonBenet Ramsey case, a panel of investigators have come to the conclusion of how JonBenet Ramsey was killed almost 20 years ago.
This:
“In my opinion, the Ramsey family did not want law enforcement to solve this case, and that’s why it remains unsolved,” retired FBI profiler Jim Clemente said in the CBS docuseries The Case of JonBenet Ramsey,according to eOnline.
In the final 20 minutes of the television special being screened in the US simultaneously, Clemente, along with world-renowned forensic scientist DrHenry Lee, former chief investigator James Kolar and leading forensic pathologist Dr Werner Spitz revealed that one person is responsible for the beauty queen’s murder. And that one person is her older brother, Burke.

After coming home from a Christmas dinner, John carried JonBenet upstairs to bed while Patsy served Burke (age nine at the time) pineapple in the kitchen downstairs.
But instead of sleeping through the night, JonBenet came back downstairs from her bedroom, and tried to steal some of her brother’s pineapple.
Burke grabbed a nearby flashlight, and hit his sister on the head.
What the investigators did stress is that her death wasn’t intentional, but rather a tragic accident.
Watch the clips above, and the final ep tonight. 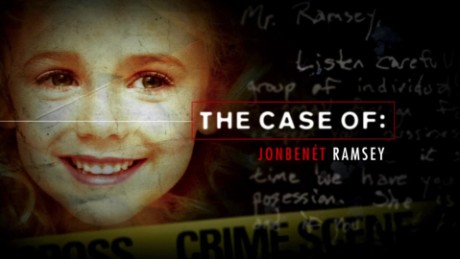 Email ThisBlogThis!Share to TwitterShare to FacebookShare to Pinterest
Labels: Americana, Controversy, Everyone is talking about, Kids, Sad, This Just In