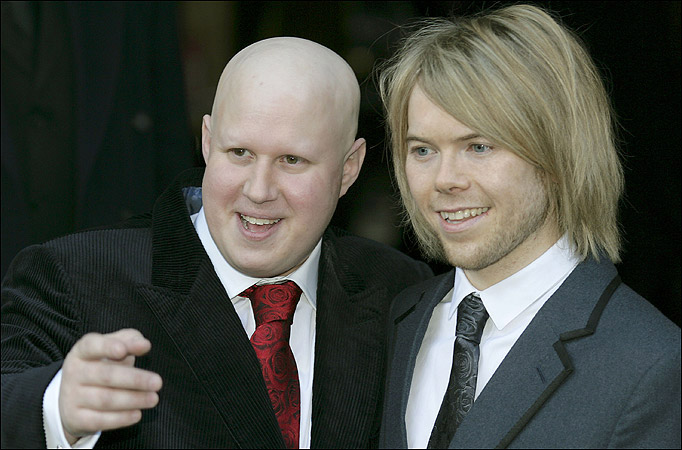 The thing is, I have always wondered (haven't we all) if celebs we follow ever read Tweets we mention them in.

I just read this piece about Matt Lucas (one half of the hilarious 'Little Britain' duo) and was appalled:

And it got me thinking: how cruel the world 'out there' has become.

We've long known that internet chat rooms are a breeding ground for nastiness - it's so easy to be cruel when you have a username and sit in front of a screen. Easy... yet pretty disgusting behaviour.

But Twitter seem to have taken things to a whole new level.

Now celebrities, authors, musicians, organisations, anyone who has a Twitter account can be 'followed' by anyone (unless they have protected Tweets, and only allow those they want to see their messages).

And that also means the general public can interact with previously 'untouchable' stars in ways that, frankly, was never really possible in the real world.

In the case above, Matt Lucas has shut down his Twitter account after a stranger taunted him about his former partner's death.

Can you believe that?

Before Matt switched off the Twittersphere, he had a few words to say to the 16 (!) year old known as @oOfuscoOo and thought to live in Northern Ireland (who has since deleted his/her account).

He said: "I appreciate all the support on here over the past couple of years but it’s time to shut down my Twitter account."

Initially, Matt responded to the comments by writing ‘shame on you’.

He then added: ‘I’m not joking. I think you should delete that tweet. It really upset me.’

Matt added: "I’m disappointed that oOfuscoOo thinks jokes about the suicide of my former partner are funny."

No doubt they have a team of people who screen Tweets they write (hello, Justin Bieber would need to run his Tweets by his people first) but what of cyber bullies who follow someone on Twitter then taunt them?

What do you think of the appalling behaviour displayed to Matt Lucas?

And have you ever been a victim of cyber/social network bullying?
Posted by Josie at 00:01