For more on the upcoming interview - to screen in the US this Friday - click here.

UPDATED:
The Associated Press report says:
A person familiar with the situation says Lance Armstrong confessed to Oprah Winfrey during an interview Monday that he used performance-enhancing drugs to win the Tour de France.
The person spoke on condition of anonymity because the interview is to be broadcast Thursday on Winfrey's network.

And in this report from CNN it says:

"Lance Armstrong was emotional at times during his interview Monday with talk show queen Oprah Winfrey, a source familiar with the interview told CNN.

The person refused to discuss the specifics of what Armstrong said, including whether he confessed to using performance-enhancing drugs as some media outlets have reported he would.

Armstrong was accompanied to the interview by a group of advisers and close friends, the source said."

What an explosive, revealing interview this will be. 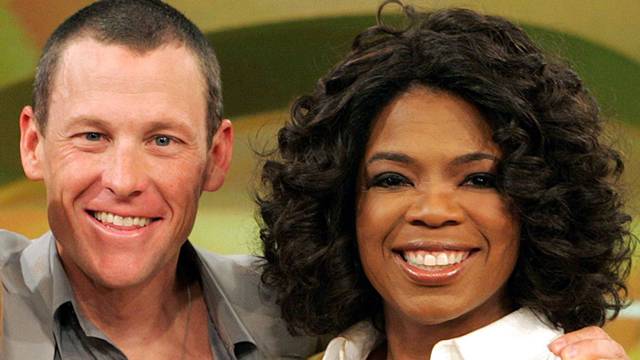 Email ThisBlogThis!Share to TwitterShare to FacebookShare to Pinterest
Labels: Controversy, News, Oprah, Sport, This Just In