This just in: the 'Muppets: Most Wanted' official trailer, featuring Ricky Gervais and Tina Fey:

"Following on from 2011's smash-hit The Muppets, all your favorite characters are back in an hilarious all-new spy thriller adventure in Disney's MUPPETS: MOST WANTED, hitting cinemas March 2014. Packed with celebrity cameos and featuring star turns from Ricky Gervais, Tiny Fey and Ty Burrell, MUPPETS: MOST WANTED takes the entire Muppets gang on a global tour, including stops in Berlin, Madrid, Dublin and London. But mayhem follows them overseas as they find themselves unwittingly entangled in an international crime caper headed by Constantine, the World's Number One Criminal, and dead-ringer for Kermit.

Are you a Muppets fan? I am. More than that… I am a huge Ricky Gervais fan, so I won't miss it, and take along the twinnies to enjoy it, and get them intro-ed to Ricky. 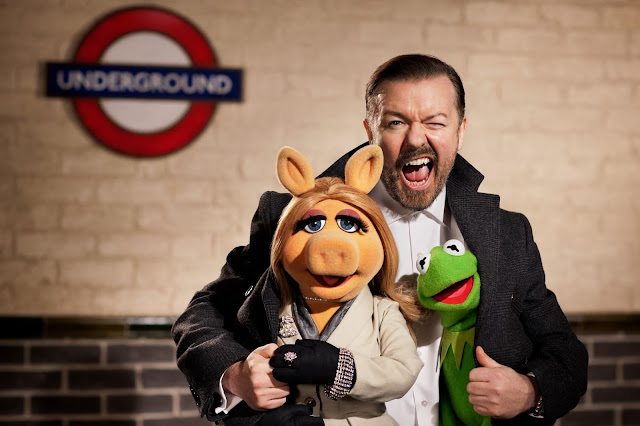