The annual Victoria's Secret fashion parade will be filmed tomorrow in the US (Wednesday November 13) at the usual location in New York at the 69th Regiment Armory.

It will air on December 10 at 10pm on CBS on US TV... and on Australian TV on Fox8 on Sunday 15 December. The show is broadcast in over 180 countries. Photos will be released tomorrow though.

And, in news just in, Taylor Swift will be performing at the mega show, although it was rumoured early on that One Direction would be taking the stage. Other performers including Fall Out Boy, Neon Jungle and A Great Big World. The 'fantasy bra' - worth $10 million - will be worn by Candice Swanepoel. Designed by Mouawad, it consists of 4200 rubies, diamonds and yellow sapphires and is handset in 18-carat gold with a 52-carat pear-shaped ruby hanging from the centre.

Models include Aussie gal Jessica Hart, as well as Alessandra Ambrosio, Karlie Kloss, Doutzen Kroes, Lily Aldridge, Lindsay Ellingson, and Behati Prinsloo. The show’s other models are are said to include Aussie model Kelly Gale. Miranda Kerr will not be in the show.
Meanwhile, stayer Adriana Lima will be - for the 13th year straight.

Here's a clip of the casting for this year, below.

Hear from the casting director John Pfeiffer, collection creative director Sophia Neophitou, executive producers Ed Razek and Monica Mitro, and some of the models who have their sights set on the gracing that runway: 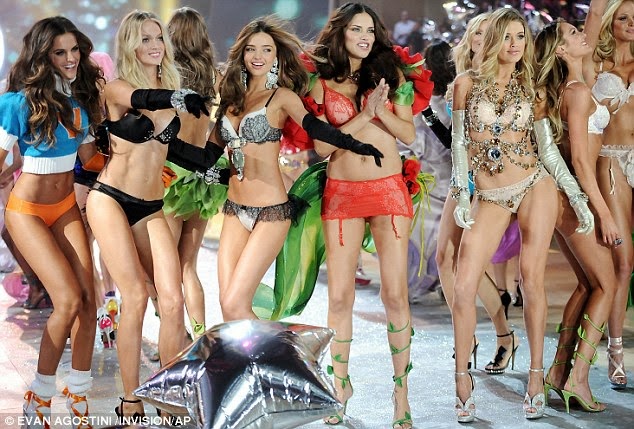