Victoria Beckham is guest editor French Vogue, and appears on the cover in a beautiful shot with husband David Beckham: 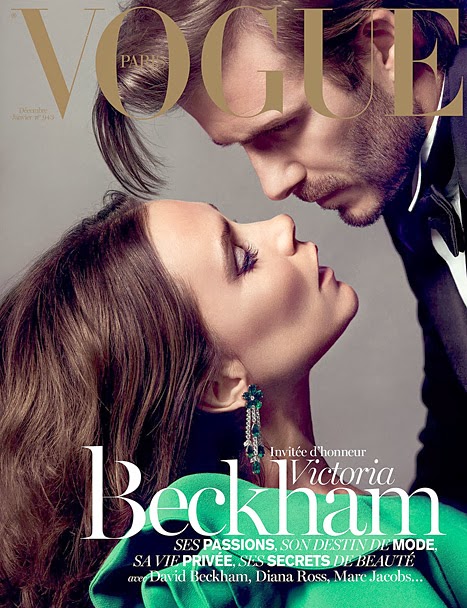 Says editor-in-chief Emmanuelle Alt of Victoria: "We handed over the running of this issue to a woman who, throughout our working together, has proved to be the exact opposite of her public image,"  "She is spontaneous with a great sense of humor, humble yet at the same time driven by a healthy ambition. She is a perfectionist, like everyone else who is passionate about their work."

The couple have been married since 1999 and have four children. The cover is shot by Inez Van Lamsweerde and Vinoodh Matadin.