I read with interest a piece yesterday about how the hormone oxytocin may be able to keep men from cheating [gosh, it's always about the poor sods keeping their dick in the pants, eh? What about women who cheat? That's a whooole other separate blog post...]

The article asks: can a naturally-produced hormone stop men from cheating? It's based around a new study in the November 14 issue of The Journal of Neuroscience [link below] showing that men in relationships that were given the hormone oxytocin were more likely to want to stay farther away from a female stranger they found attractive, compared to single men given the hormone or men that took a placebo.
Here's the piece:

And the accompanying clip from CBS:

And here is the original study from the Journal of Neuroscience:

What do you think?

Are some men genetically predisposed to cheat? [Or some women for that matter?]

I'll leave you with this hilarious piece from Jezebel, including "7 Easy Ways to Keep Your Man's Dick in His Pants", including these two pearlers:

3. Create a smaller pair of pants just for his dick. Then create a larger pair of pants that engulfs your entire house. Then chain him to the radiator. Loophole! Even if he takes off his pants, he's never getting out of THESE pants! And he won't want to, since you secretly dosed his water dish with rag-drippings. You minx!

7. Try building a relationship based on mutual respect, admiration, personality, and various and sundry qualities other than base physical lust. That way, if you go through a dry spell, you might actually fucking like each other as human beings and won't need to resort to chemical warfare and/or witchcraft. Just a thought. Or, you know, do the rag thing.

What do you think? Would you resort to such measures?

Me, my gosh: I could not be 'arsed' trying to stop my husband from cheating [that's not to say I don't work hard on my relationship - I do], and I myself am far too tired to even wanna cheat [oh yeah, and there's that whole I am married so I wouldn't wanna break my vows thing, also. Gosh, this deserves a blog post of its own...]. 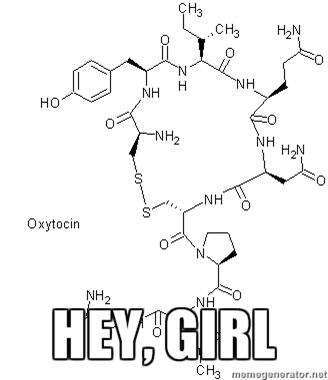 Website for this image: http://www.twirlit.com
Original photo credit: Facultystaff.vwc.edu
Posted by Josie at 09:15

Email ThisBlogThis!Share to TwitterShare to FacebookShare to Pinterest
Labels: Men, News, Science, This Just In, Women