In case you were doubting why Scarlett Johansson was cast Janet Leigh in the upcoming movie 'Hitchcock' [to be released in the US this month] check out the cover of the latest issue of V magazine.

The film is centred around the relationship between Alfred Hitchcock and wife Alma Reville during the filiming of the movie 'Psycho' in 1959.

That's ScarJo in a modern-day depiction of that shower scene. 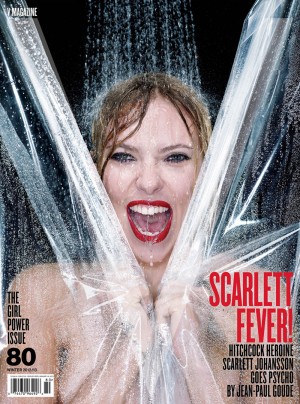 And here is a shot the original shower scene from 'Psycho', starring Janet Leigh - below: 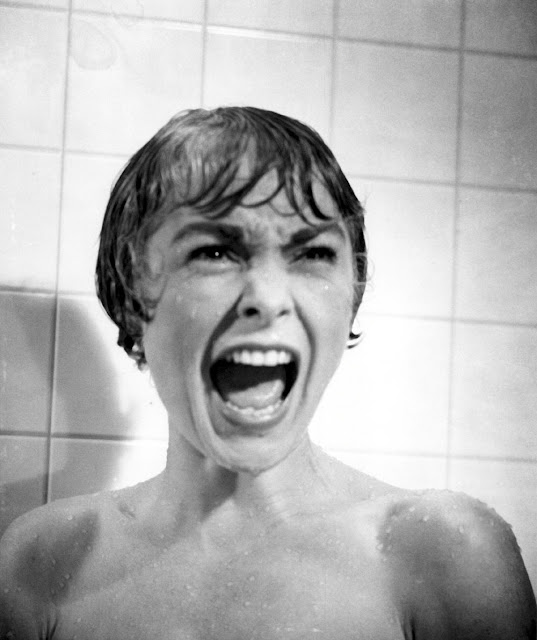 For more on the ScarJo article in V magazine, click here: