SBS commissions new shows: 'Once Upon a Time in Carlton', 'Life on Us', 'Race for Beauty', and 'Welcome to Puntland'

In TV news just in, SBS has just announced they are commissioning four new documentaries: 'Once Upon a Time in Carlton', 'Life on Us', 'Race for Beauty', and 'Welcome to Puntland.'

I wrote about the new doco series 'Once Upon A Time in Punchbowl' [promo pic below] last month here. 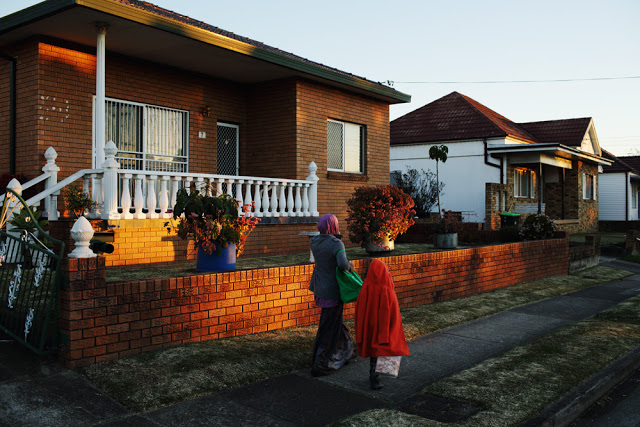 About the four new shows to be commissioned, SBS Director of TV and Online Content Tony Iffland said: “SBS continues to lead the way with thought-provoking, bold and engaging documentaries. Once Upon a Time in Carlton, Life on Us, Race for Beauty and Welcome to Puntland all reinforce SBS’s commitment to telling Australia’s important and inspiring stories.”

As these new shows are just announced and of course no preview disks to speak of, here is info about the shows as provided by SBS:

The third instalment in the ‘Once Upon a Time’ series, three-part series 'Once Upon a Time in Carlton' explores the Italian migrant history in the Melbourne suburb of Carlton. It begins in the 1940s when Carlton was a Jewish suburb rapidly being transformed by post WWII Italian migration and follows its story from WWII internment, to proxy brides, the Spaghetti Wars of the 1950s, the Market Murders of the 1960s and the more recent Carlton Crew, made famous in Underbelly. The series charts the struggles of migrant families who transform a working class suburb into a fashionable inner city eatery. Once Upon a Time is produced by Northern Pictures for SBS. I absolutely can't wait for this one. No doubt there will be parallels between this series and suburb under the spotlight and the Sydney suburbs of Leichhardt and Fairfield.

'Life on Us' is a two-part series that looks at the human body as a walking ecosystem teeming with a wide variety of life forms in their trillions. These microbes have shaped evolution and changed the course of human history, determining people’s health, life expectancy, physique and even behaviour. Revolutionary special effects that combine world-first moving image electron microscopy with super-macro filming techniques illuminate these hidden worlds, making the invisible, visible. Life on Us is produced by Smith and Nash for SBS.

Single documentary 'Race For Beauty' (working title) explores the new and increasingly controversial phenomenon of ethnic plastic surgery. Across Australia, people from a diverse range of ethnic and cultural backgrounds are going under the knife to eradicate their 'racial' features.  Presenter Anna Choy takes a personal and confronting journey to discover more about the rising popularity of deracialisation surgery. Anna joins patients and surgeons as they embark on what will be an emotional, stressful and life changing journey of physical transformation. She looks at what patients will have to go through to achieve their goal and what this means for multicultural Australia. Race for Beauty is produced by Prospero for SBS.

SBS has also commissioned single documentary 'Welcome to Puntland', the make or break story of former Somali-Australian refugee-turned-President of Somalia's Puntland State, to complete his vision for democratic reform, and defend his homeland against pirates and Islamic militants. Twenty years of civil war and crippling drought have torn this once-prosperous East African nation to shreds.  Now pirates and terrorists are destroying what remains of civil society. But one man thinks he can make a difference. Abdirahman Farole is a Somali-Australian former refugee from Melbourne, who returned to Somalia to become the President of the semi-autonomous State of Puntland, home to one third of Somalia's population. Under President Farole, Puntland has enjoyed relative peace and prosperity. The pirates are being driven out by his maritime police force and there's talk of oil riches in the region. Welcome To Puntland begins at the crossroads as the President - and Puntland - face their greatest test: the pirates are back, Islamic militants are moving in and President Farole is determined to secure a final term in office to accomplish his dream of establishing a democratic system of government, and set Puntland on the road to becoming a modern African nation.  Welcome to Puntland is produced by Electric Pictures for SBS.

Which shows/ are you most looking forward to?
Posted by Josie at 15:41