In news just in, the nurse who, three days ago took the prank call at the London hospital where Kate Middleton was staying while being treated for severe morning sickness and was duped by Australian radio presenters during a phone prank she answered has been found dead after an apparent suicide. 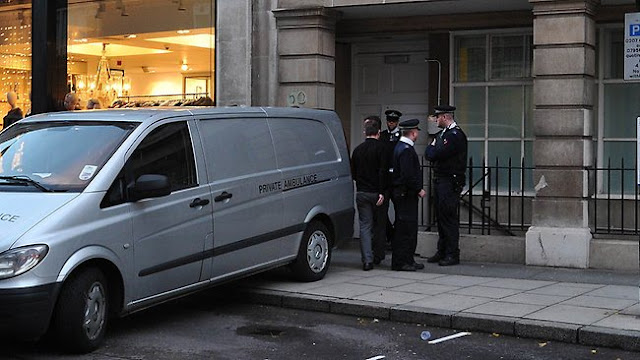 Jacintha Saldanha, 46, a mother of two, was unable to be revived after being found unconscious at a nurses' accommodation block near London's exclusive King Edward VII Hospital at 9.35am (London local time) on Friday.

Police said the death was "unexplained" and have launched an investigation, but "the death is not being treated as suspicious at this stage".

She leaves behind her husband and two children.

The 2Day FM radio DJs who performed the prank call - Mel Greig and Michael Christian - have taken themselves off air in response to the tragedy.

"The hosts have decided that they will not return to their radio show until further notice out of respect for what can only be described as a tragedy", a statement on 2Day FM's website says.

"Southern Cross Austereo and 2Day FM are deeply saddened by the tragic news of the death of nurse Jacintha Saldanha from King Edward VII's Hospital and we extend our deepest sympathies to her family and all that have been affected by this situation around the world."

The Duke and Duchess of Cambridge said in a statement they were "deeply saddened" by the news, adding: "Their Royal Highnesses were looked after so wonderfully well at all times by everybody at King Edward VII Hospital, and their thoughts and prayers are with Jacintha Saldanha’s family, friends and colleagues at this very sad time."

What do you think about this horrible tragedy?

For more on the background of the story, click here.

This, from Tracy Grimshaw from 'A Current Affair':

And this exchange from 'Mr Denmore' and Jonathan Holmes from 'Media Watch':

@MrDenmore
Punishing the DJs for the #2DAYFM prank misses the point. The heat should be on the licensee whose business model is manufacturing outrage


@jonaholmesMW
@MrDenmore they were trying to manufacture silly giggles - never expected to get put through. But yes #2DayFM cashed in on world outrage

@MrDenmore
@jonaholmesMW It's gone beyond 'silly giggles'. That this occured after the Sandilands case suggests the licensees are courting controversy

@jonaholmesMW
@MrDenmore for me this totally different from Sandilands. Silly not vicious.


This comes after Prince Charles laughed off the hoax yesterday when asked by a reporter, before the tragedy unfolded. Watch the clip below.