Are you having 'Fat Tony & Co' withdrawals, now the epic Channel Nine drama series has finished up?

You can relive the whole madness now (or take it all in, sans TV ads, in one binge watch sitting!), with the just released DVD of the much-talked about Australian series, based on real life events surrounding notorious criminal Tony Mokbel, and his clashes with Alphonse Gangitano, Jason Moran and other crime figures in Victoria, in a battle now known as the 'Melbourne Gangland War'.

Here is the DVD cover: 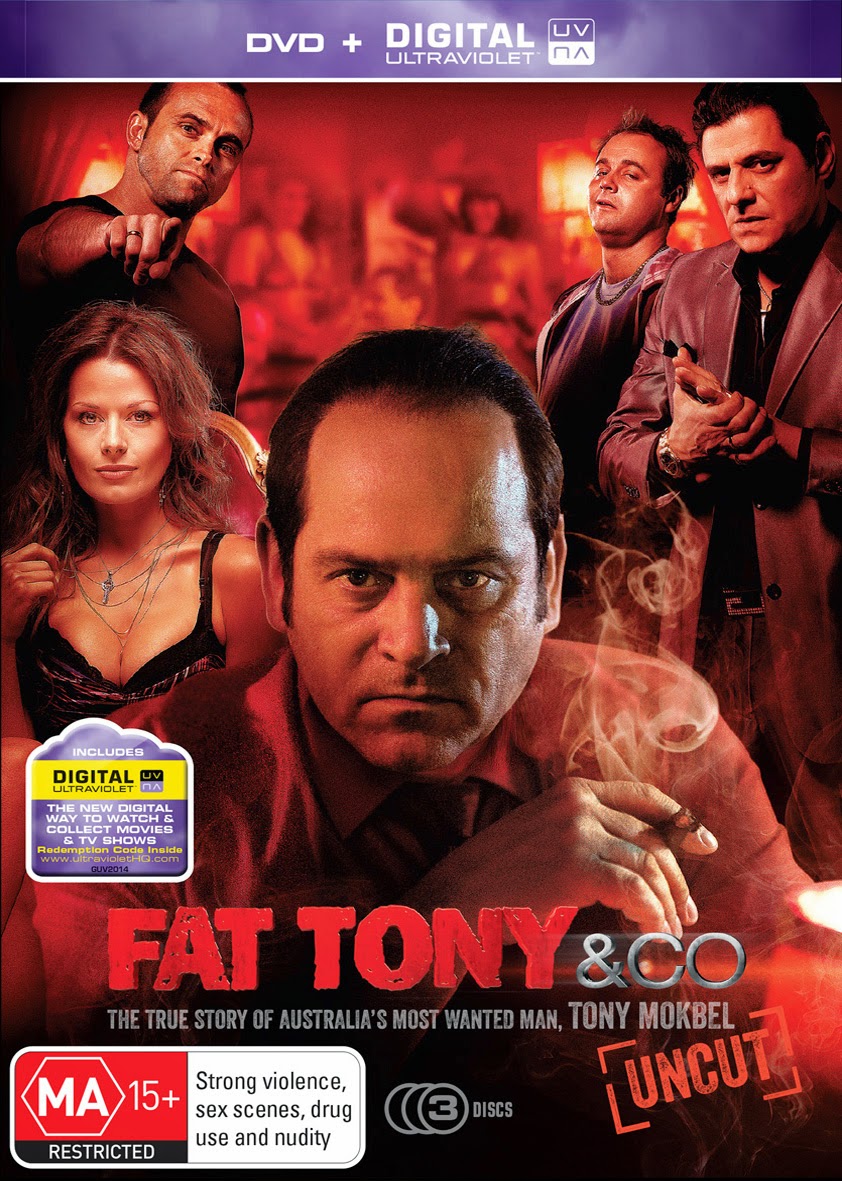 The DVD extras for the 'Fat Tony & Co' release include 25 minutes of never before seen exclusive content, including deleted scenes and the full unedited episodes, deemed too hot for television.

The brand-new production from Screentime tells the story of Australia’s most successful drug baron, from the day he quit cooking pizza in favour of 'cooking up' drugs, to the heyday of his multi-million dollar drug empire, all the way through to his infamous (wigged out) arrest in an Athens café and his whopping 22 year sentence in Victoria’s maximum security prison.
The rating is MA15+ and the DVD is nine episodes long, duration is 385 Mins. The DVD series is $49.95 (three discs), and Roadshow Entertainment has given Josie's Juice FIVE copies of the complete three DVD set to give away!

Here is all you need to do to be in the running to win one:

*Competition open for one month, and to Australian residents only.
Posted by Josie at 18:43