Peaches Geldof Dies at age 25. Cause of death revealed


"Peaches Geldof died of a heroin overdose, it is expected to be announced today.

It has been claimed that results of a toxicology report will be announced by detectives in the morning, as an inquest into the mother-of-two's death is opened and immediately adjourned.
The 25-year-old daughter of Sir Bob Geldof was found dead at her country home earlier this month in what was described by police as a 'non-suspicious' and 'sudden unexplained' death.

The Times reports that police discovered no evidence of drugs paraphernalia in the house, triggering suspicions that the house may have been searched and items removed prior to their arrival." 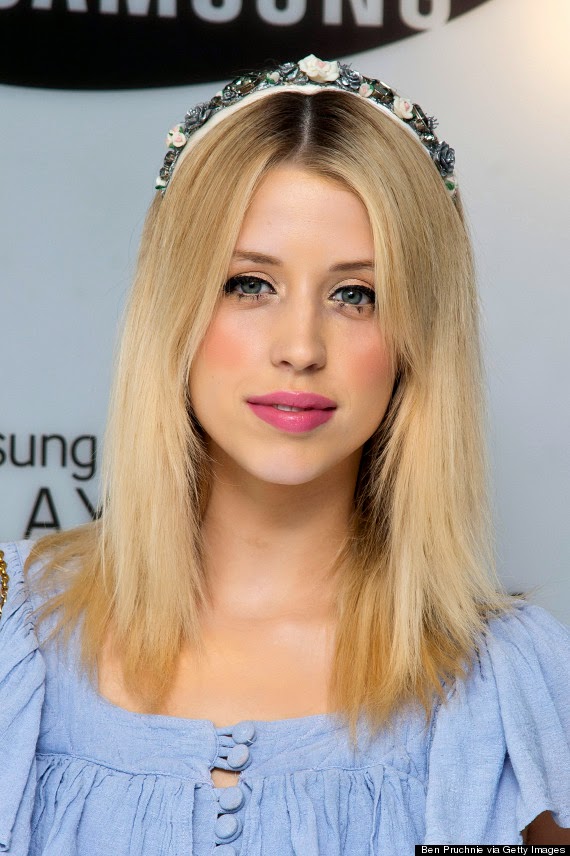 The daughter of musician Bob Geldof and Paula Yates posted a picture of herself as a baby in her mother's arms, on her Instagram account early Monday (Sydney time). It said simply, "Me and my mum."

Just a day later Peaches (full name Peaches Honeyblossom Geldof) was found dead by ambulance officers, after a call to police reporting concern for the welfare of a woman her address (near Wrotham, Kent, south-east of London).

"At this stage, the death is being treated as unexplained and sudden," a statement from Kent Police said.

Peaches's dad Bob Geldof issued a statement to British media saying his family was "beyond pain".

"She was the wildest, funniest, cleverest, wittiest and the most bonkers of all of us," he said. "What a beautiful child. How is this possible that we will not see her again? How is that bearable?"

Britain's entertainment and fashion circles are said to be in shock, where Peaches Geldof had been active as a model, television presenter and fashion writer. She was a frequent attendee at fashion shows, and was photographed just last week at a London show for the Tesco brand F&F.

Peaches was the second daughter of musician Bob Geldof and writer and television presenter Paula Yates.

Peaches was married twice, first to American musician Max Drummey, and then to British musician Thomas Cohen, with whom she had two children, sons Astala Dylan Willow, born in 2012, and Phaedra Bloom Forever, born in 2013.

Her husband Thomas Cohen said: "My beloved wife Peaches was adored by myself and her two sons Astala and Phaedra and I shall bring them up with their mother in their hearts everyday. We shall love her forever. Thomas Astala and Phaedra Geldof-Cohen."

Her Instagram account is full of videos and photos of her babies. Some posted only hours ago. SO, so sad.
Posted by Josie at 06:36

Email ThisBlogThis!Share to TwitterShare to FacebookShare to Pinterest
Labels: Celebrities, Emotional, Sad, This Just In, UK