Freelee the Banana Girl has received much press in the past 24-48 hours.

The Australian woman is a YouTube sensation causing a stir with her raw vegan diet, which usually consists of ‘mono meals', which are meals made up of a single fruit, such as two entire pineapples in a sitting or five mangoes in one go, or two litres of orange juice or… as many as 20 bananas at a time, hence her namesake.

Freelee's low-processed, high-carbohydrate diet is not low on calories, though. Freelee consumes between 2000 and 5000 calories per day, yet her frame is super-slender.
She has captured the attention of mammoth US sites 'Huffington Post' and gossip site 'Perez Hilton' and she just uploaded this video, below, where she responds to criticism and questions (like: are that many bananas bad for you, and.. is she constantly on the toilet?):

She posted this video on her Facebook page, accompanied by this pic: 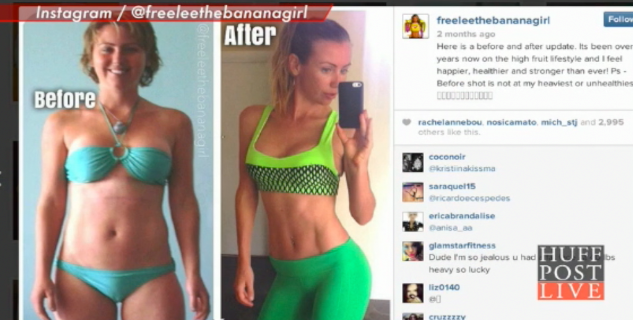 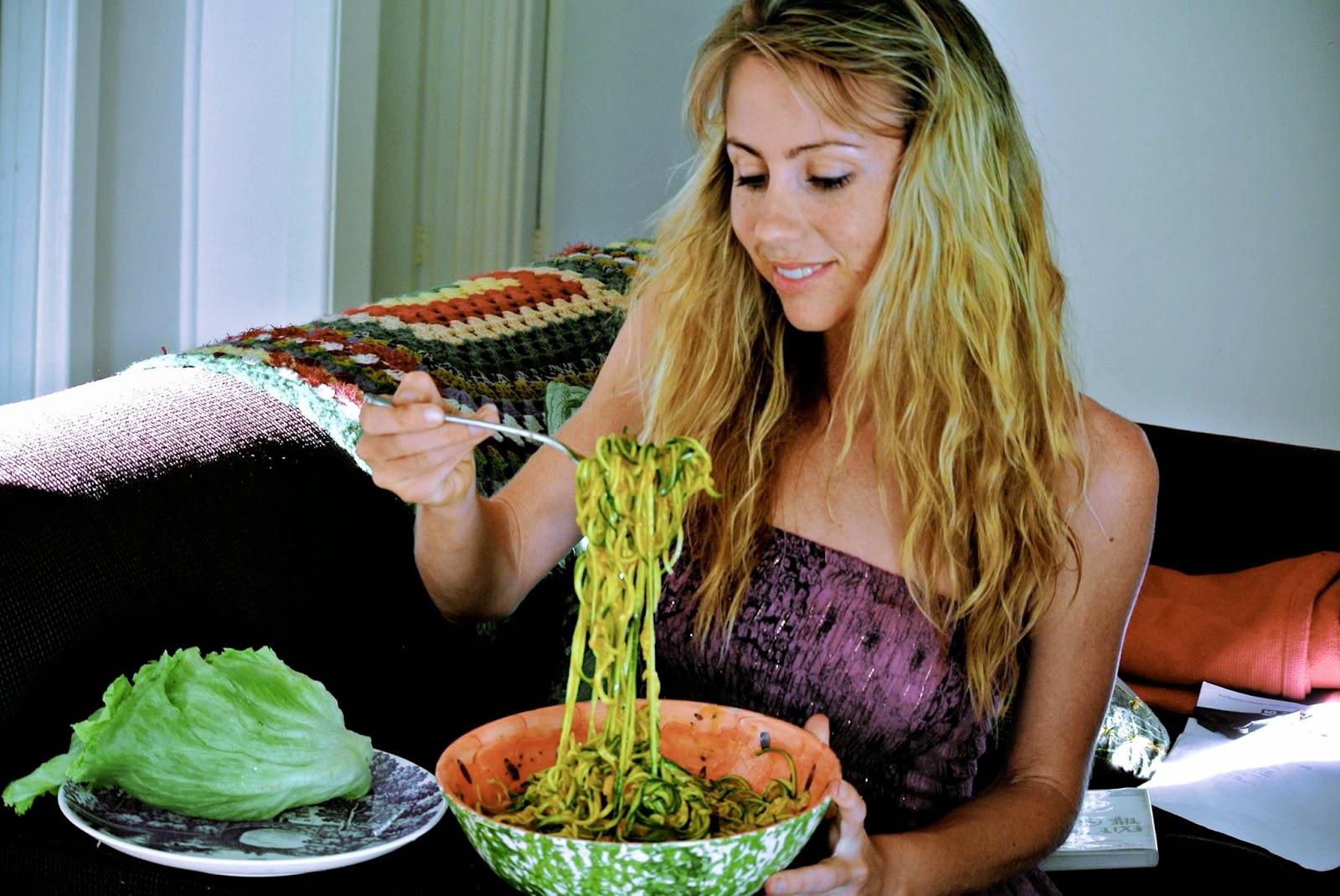 One of my all time favourite raw pasta recipes! Spicy thai noodles. I don't have exact quantities but adjust to suit your tastebuds. Grab a few mangoes blend with celery, chilli, coriander, thai basil, kaffir lime leaf, a hint of lemongrass and lime juice. Pour over spiralized cucumber or zucchini. Epic! If you are going to eat raw pastas ensure they are fruit-based and not fat-based (excess nuts, avo etc) or you will not feel invigorated and vibrant afterwards. #Getfruct 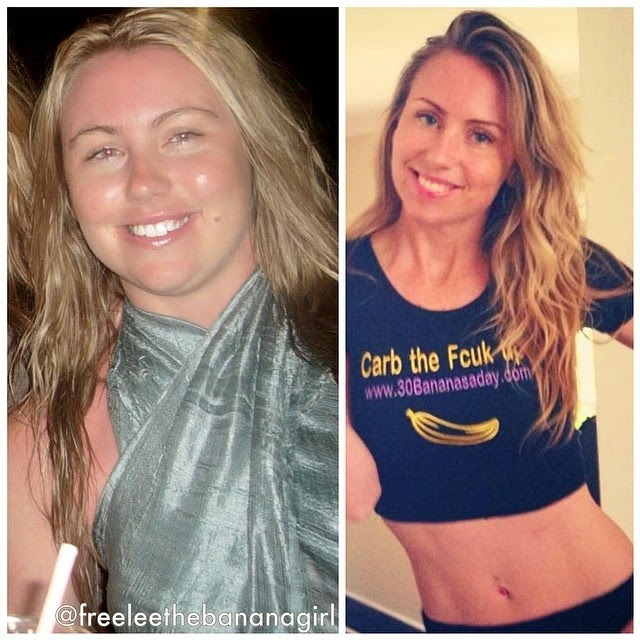 Another before and after picture, first one from 2006 Even though I smiled for the camera I was dying inside. Suffering daily from irritable bowel syndrome, bulimia, depression, acne, chronic fatigue to name a few. Always dieting, bingeing and vomiting. The right hand pic is me on the high fruit lifestyle 40lbs lighter, no more bingeing, purging, CFS, depression or acne, feeling REBORN! Anyone can do this too ONLY your excuses stand in your way, step up! @bananagirldiet @rawtill4diet
instagram: @freeleethebananagirl

And this, showcasing the bananas she loves so much: 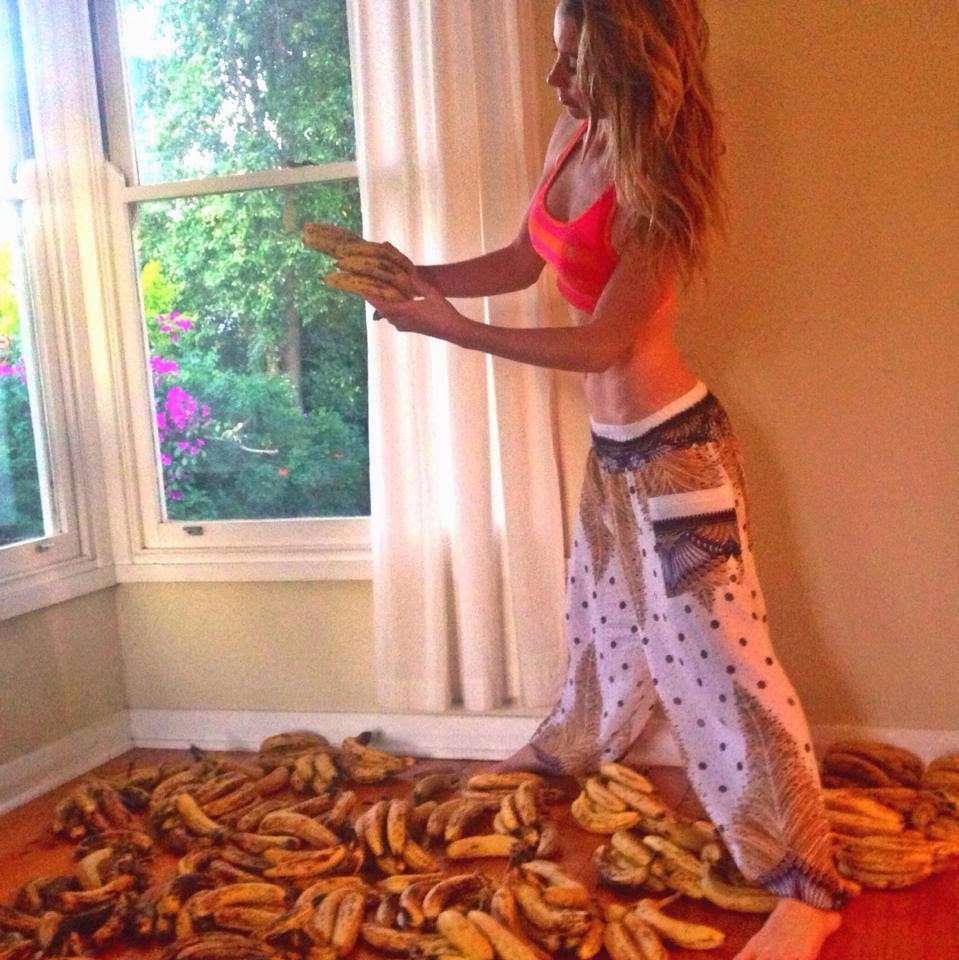 Bananas are the best  Always eat your bananas ripe and spotty to avoid indigestion and constipation.

Freelee says she remains ‘raw until four’: eating no cooked or heated food until 4pm. Then, she usually still sticks to her mono meals.

She says she has suffered from eating disorders in the past and that, thanks to her raw food diet, she has lost around 20kgs, plus cleared up her skin and increased her energy and metabolism. Here's one of the many bikini/workout wear shots Freelee uploads to Facebook and Instagram, with the caption below: 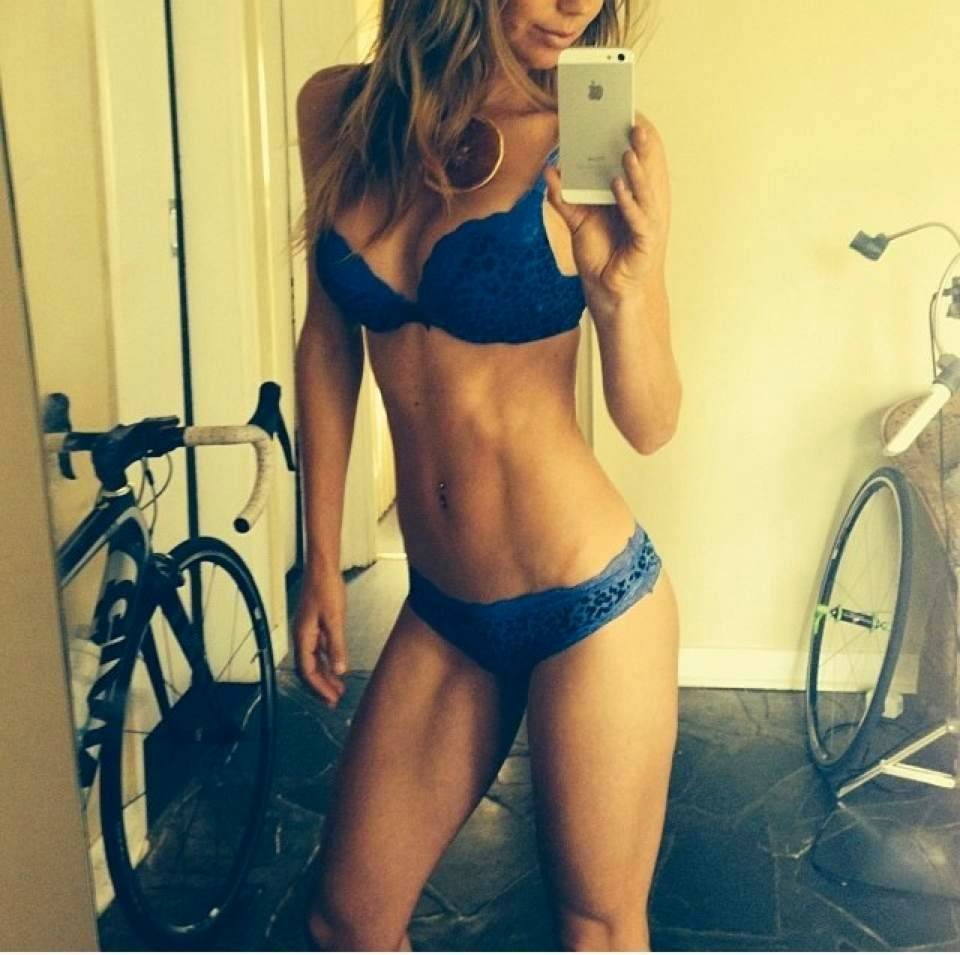 In this video, below, Freelee shows us how she can consume 51 bananas in a single day, starting with a 20-banana smoothie for breakfast, 10 for lunch and another 20 for dinner:

She says: “You don’t have to eat this many bananas - I’m just trying to show you that you have to eat big to be lean."

She continues: "There are so many people out there saying restrict your calories to lose weight but it’s not true.”

What are your thoughts? Her followers are building daily. At last count, her Instagram followers numbered into more than 104,000 followers, and she has more than 166,000 subscribers to her YouTube channel.
Posted by Josie at 20:05

Email ThisBlogThis!Share to TwitterShare to FacebookShare to Pinterest
Labels: Australiana, Controversy, Everyone is talking about, Fitness, Health