Here it is, the sneak peek of 'Real Housewives Of Melbourne': Reunion show, part one.

'Real Housewives Of Melbourne' is Foxtel’s most watched reality local production ever, and it's not over yet, with part-one of the fiery and feisty reunion special to premiere this Sunday at 8.30pm AET on Arena.

Expect dirty laundry being aired - and judging by the clip, nobody holds back - during the two-part reunion special screening on Sunday May 4 and May 11 at 8.30pm AET.

Hosted by designer Alex Perry, the reunion, filmed in Melbourne, sees all six Housewives, Andrea Moss, Chyka Keebaugh, Gina Liano, Jackie Gillies, Janet Roach and Lydia Schiavello come together to confront each other and set the record straight. And how (hot too: one housewife storms off set).

Produced by Matchbox Pictures in conjunction with Foxtel, The Real Housewives of Melbourne is the first Australian instalment of the world’s number one lifestyle reality franchise and screens Sundays at 8.30pm AET only on Foxtel’s Arena. 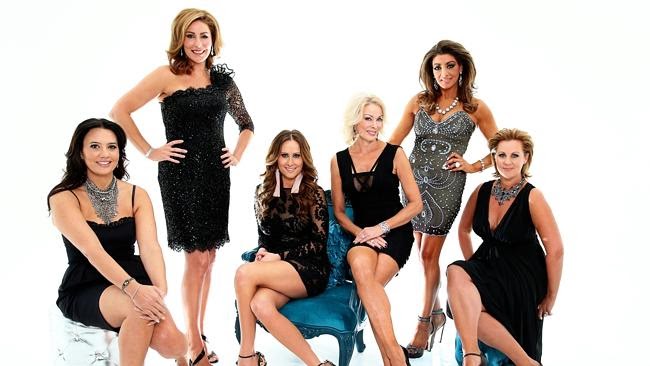