InStyle and Audi today revealed the three finalists, selected from entrants across the nation, vying for the 'InStyle and Audi Women of Style $10,000 Style Scholarship'.

The finalists are (below, from left): Rosie O’Halloran, Nerida Lennon and Emilya Colliver.


The women all feature in the latest edition of InStyle - the May 2014 issue, featuring the stunning Emilia Clarke from 'Game of Thrones' ('Khaleesi'). Behold the breathtaking cover! 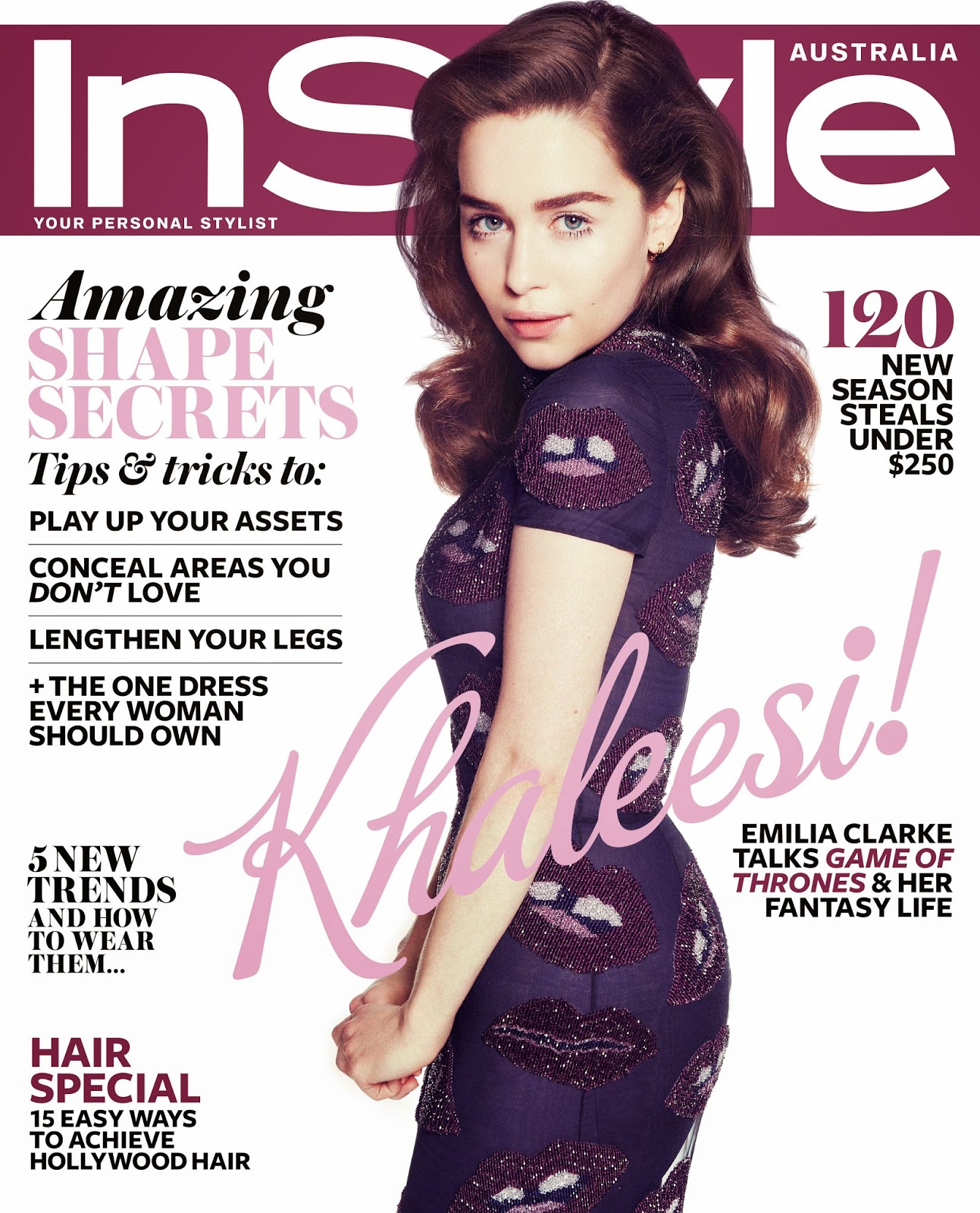 Now in its sixth year, the Style Scholarship offers entrepreneurial Australian women an invaluable opportunity to be rewarded for their talents and to pursue their career aspirations. The winner - who will be announced at a gala event on May 21 - will join an illustrious group of alumni and receive a $10,000 grant to help fund her endeavour.

More about the sensational and supremely talented finalists:

Rosie O’Halloran, Humanitarian and Charity CEO
In 2009, Rosie O’Halloran ditched the construction degree she was midway through and journeyed to Uganda, inspired by seeing it on TV. Once there, “I became aware of the challenges [the local] women face,” says the Sydneysider, who set up a not-for-profit child-welfare organisation, foundations.(au), and opened a home for at-risk Ugandan kids, all by the age of 24. Back in Australia, she has continued her work and earlier this year co-founded the Institute for Global Women Leaders (IGWL), which is designed to empower young women “as agents for change”. If awarded the grant, O’Halloran will put it towards speaking to 5,000 high school students nationwide about IGWL’s initiatives, which will include a 2015 leadership program that will give school-leavers the chance to help victims of human trafficking in Bali while “building courage and resilience”.

Nerida Lennon, Ethical Fashion Advocate
A former model with a degree in sociology and psychology, Nerida Lennon is determined to “cultivate a different conversation on fashion”. Her focus? Sustainability. Raised in an eco-friendly household in Victoria’s Mount Dandenong, Lennon’s a-ha moment came in 2009: while at a climate summit, she attended a talk by eco-campaigner Anna Rose, a nominee in the 2013 InStyle and Audi Women of Style Awards. It led her to consider the fashion industry “in terms of environmental impact”, she says. In the five years since, Lennon has delivered keynote speeches at conferences in Indonesia and been awarded the Big Green Idea grant by the British Council in Australia. She hopes to use the Style Scholarship to fund a multimedia campaign with the aim of making sustainable fashion aspirational.

Emilya Colliver, Online Entrepreneur
In her early twenties, this Gold Coast-native rubbed shoulders with London’s creative elite while working for noted art dealer James Birch. Then she came to a realisation: “I could never afford to be in his realm.” So she set about making art more accessible and “changing the way people feel about it”. After completing an art history degree in the UK, Colliver returned to Sydney and in 2010 founded Art Pharmacy, an online gallery that sells original works by 55 local emerging talents, from prices as low as $50. “It’s about buying a piece that’s going to support an artist, rather than sending the money overseas for a reproduced print.” Winning the grant would allow Colliver to expand her Sydney pop-up exhibitions interstate. Ultimately, says the mother of two, “I want to take this worldwide.”