EXCLUSIVE: 'The Real Housewives of Melbourne' reunion show screen date has been confirmed!

Now, if you're a fan of the Real Housewives franchise you will know the reunion shows are explosive. And likely full of expletives. It's where people walk out, threats are made, and friendships either mended or broken up for good.

The premiere episode of Arena’s The Real Housewives of Melbourne has become Foxtel’s highest rating reality production ever and the second biggest local series launch to date, just behind SoHo’s 'Wentworth'.
According to OzTAM the series has delivered a final consolidated cumulative average audience of 542,000 viewers – the largest cumulative audience ever for a Foxtel reality program. This figure includes all airings and timeshift viewing of episode one which first screened on Sunday, February 23.
Foxtel Executive Director of Television Brian Walsh said: “There is no doubt that The Real Housewives of Melbourne are taking Australia by storm. The incredible viewer reaction we have had to this program is a testament to the brilliant casting and production values of the series.
“Foxtel subscribers are now, more than ever, personally programming their viewing. This terrific cumulative audience result is a sign of the times for TV viewing, as more people are timeshifting their viewing and using Foxtel’s groundbreaking iQ technology to watch shows when it suits them. Results can longer be judged on one airing.
“Additionally, in a crowded television market, Foxtel’s encore strategy enables our subscribers’ more than one option of when to view their favourite programs.”
Below are some photos taken by the 'Real Housewives' on the epic, long day of filming. They are from the stars' Facebook fan pages, and show the women having a great time with the host of the Australian reunion show, Alex Perry.
Alex is the perfect choice for this show; he comes with a wealth of TV experience thanks to his role as mentor/judge on 'Australia's Next Top Model'.
While the high rating US reunion shows are hosted (refereed, even!) by Andy Cohen - who is also Executive Producer of 'The Real Housewives' franchise - the Aussie one has Perry as host-slash-adjudicator. And my bet is… it will be exceptionally fiery.
In recent weeks, radio interviews for the 'Real Housewives' featuring the women have seen some women - apparently - refusing to be interviewed with others. The tension is thick, people!
For the best entertainment value, my money is on Gina Liano, based solely on her epic one-liners. "Married for coin" when referring to the concept of marrying a rich man for his money, and this, mid-fight: "Really? Go and combust in a corner. No interest."
All the women have developed some witty turns of phrase - too numerous to mention here. We've watched the women switch alliances as quickly as they change lipstick colours and I am often left a little gobsmacked at how quickly small disagreements escalate.
No preview clip of the reunion show yet, but check back in here closer to the screen date.
And so, the photos from the day of the reunion below, starting with this photo of Gina Liano, and host of the reunion show Alex Perry. 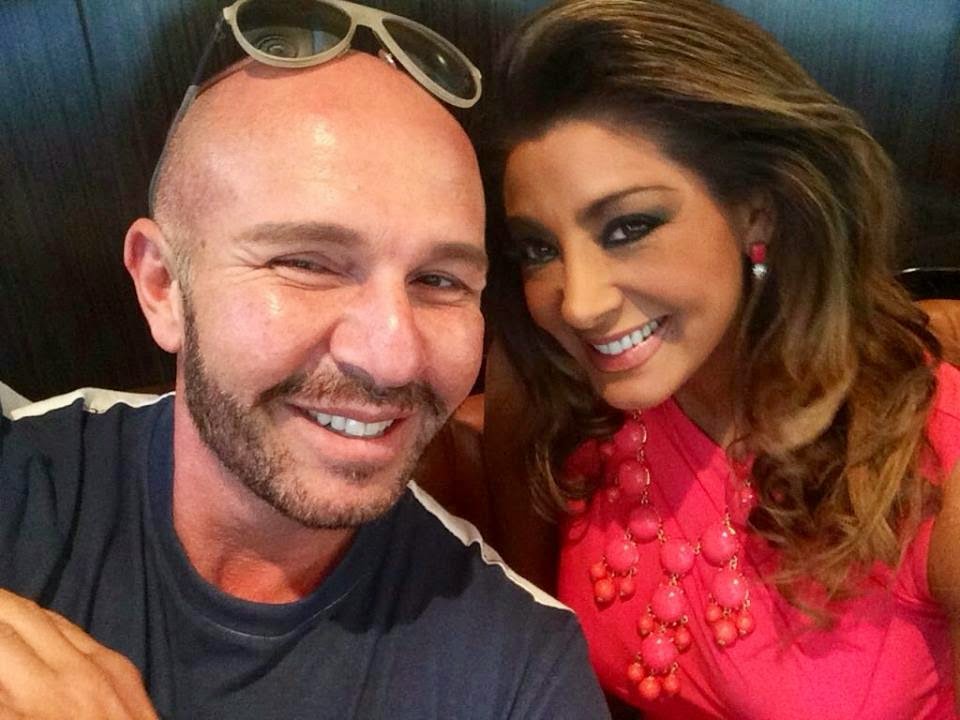 Here is a US reunion show clip to whet your appetite.

The two-part reunion special of 'The Real Housewives of Melbourne' will air as a two-part special on Sunday May 4 and 11 at 8.30pm on Foxtel’s Arena.

Here is a shot of the ladies from the recent Foxtel Astra Awards: 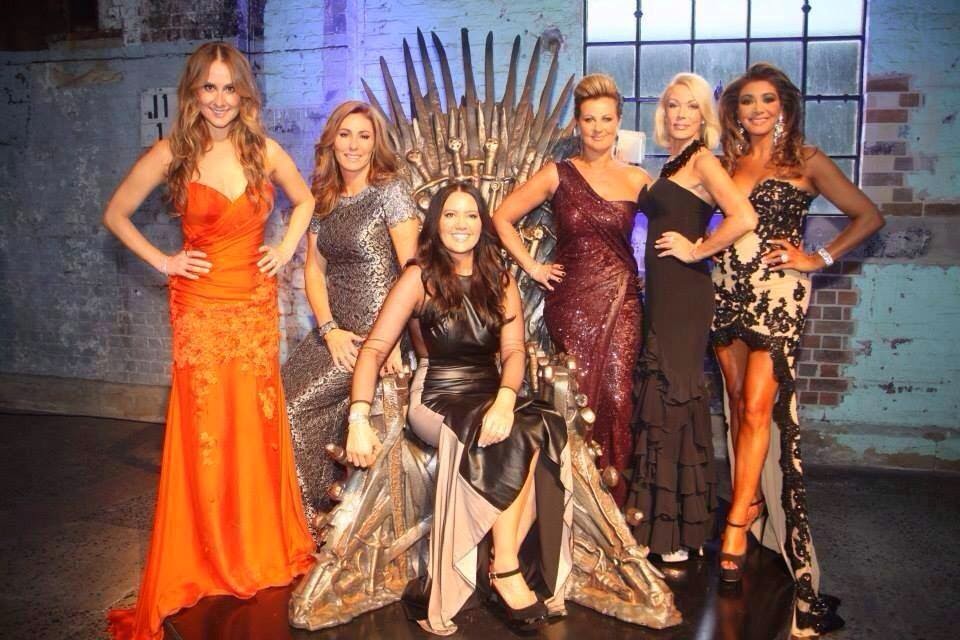 Are you a #RHOMelbourne fan?