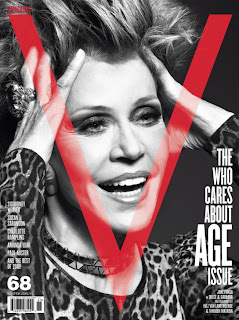 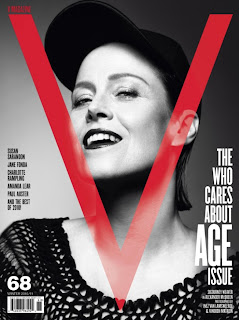 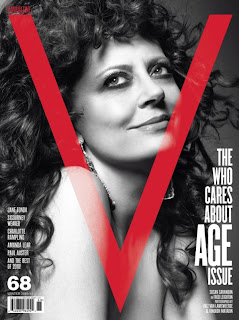 V Magazine has put three timelessly sexy stars over sixty on their covers for their 'The Who Cares About Age Issue'.

Clearly, so does V Magazine.

V Magazine was launched in September 1999 as the younger sister publication to the limited-edition quarterly Visionaire.

As their website says, "If Visionaire is a couture book, V is ready-to-wear."

Large-format and visually-driven, it's self-described as "international in scope and collaborative in spirit" V is a magazine about fashion, art, music, film, architecture and more.

Before V was put into print, the team behind it thought of it this way:

"Imagine a wall of forty-four televisions, each tuned to a different station. Today you would need a wall of 250 televisions, but it’s still a good way to think of the insane and unpredictable mix of people, places, and things that V celebrates in its pages. V is a place where uptown meets downtown, celebrities mingle with total unknowns, high art converses with underground culture. Chic, wacky, fun, fabulous…in a letter: V."
Posted by Josie at 22:25