Wow, this is TV new I am blindsided by...

In news just in from Mumbrella, 'The Circle' is now axed and will finish this Friday.

Here is some of the statement, taken from the Mumbrella site:

TEN’s New Morning Line Up.
The Talk. TEN Morning News. Entertainment Tonight. The Insider.
Network Ten today announced changes to the morning program line-up on TEN.
From Monday, August 6, TEN will add four new programs:
As a result of the introduction of TEN’s new morning line-up, production of The Circle will cease on Friday, August 3.
From August 6, Breakfast will run from 6am to 8.30am, presented by Paul Henry, Kathryn Robinson and Magdalena Roze.
Network Ten would like to thank Pam Barnes, the Executive Producer of The Circle since it launched in February 2010, for her valued contribution to the program and to TEN.
Network Ten would also like to thank all the staff on The Circle, including Hosts Gorgi Coghlan and Yumi Stynes, for their hard work and dedication.
For more, go here:

Are you shocked? Gosh I enjoyed this show... although I will admit I VERY much enjoyed it when Chrissie Swan was on. The most excellent entire 'The Circle' team even won a Logie for their show: 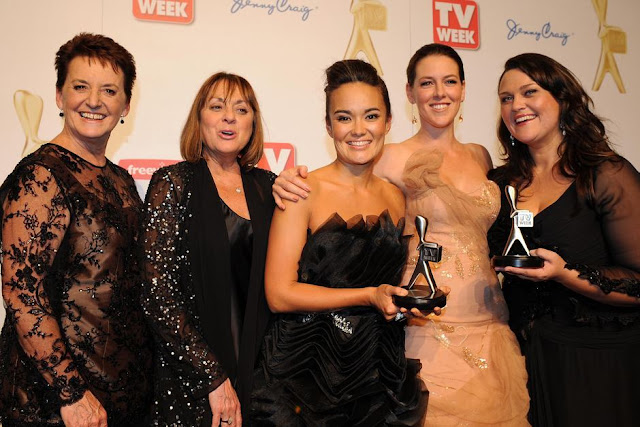 Email ThisBlogThis!Share to TwitterShare to FacebookShare to Pinterest
Labels: Media, Mumbrella, News, This Just In, TV